A Walk Through Wintry Hallstatt

A Walk Through Wintry Hallstatt

Last December my Mum and me drove 500km down to Bavaria to visit my Grandma who moved there about twenty years ago. The perks of having a Grandma who lives close to the Austrian border are pretty obvious: Alps, alps, alps! Needless to say that I was not only happy to see her again but also super stoked to be back in the mountains. So naturally I packed my snowboard gear hoping that I could go to one of the ski fields close by for one day during our stay. 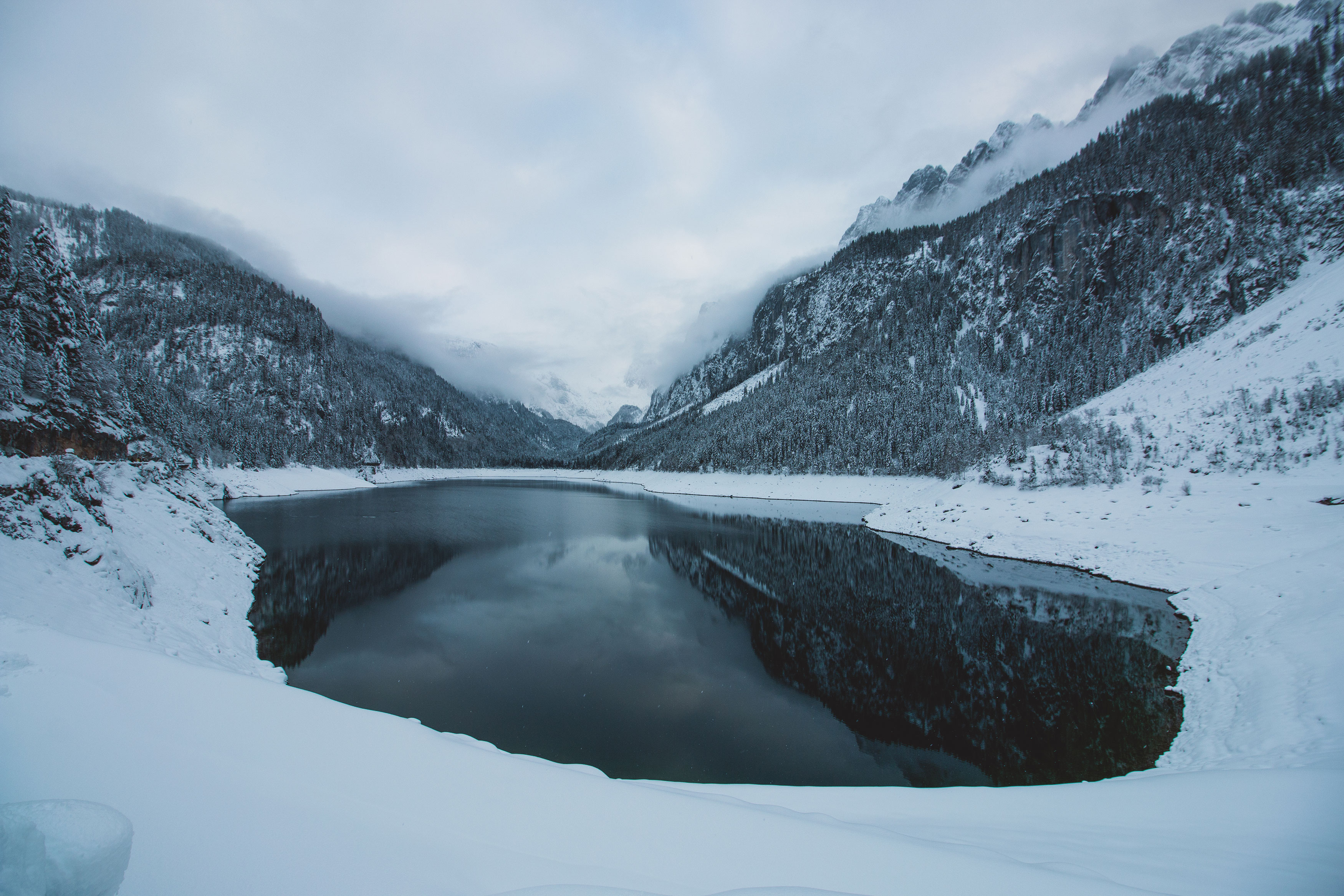 And it so happened that I didn’t even have to go by myself. The night before we went Mum decided to join me which I was really grateful for. I’m usually pretty exhausted after a day on the slopes and not having to drive the car back home sure was a relief.

At the beginning of last year my boyfriend and me went to the ski area of ‚Dachstein West‘ for a few days so I thought it a great idea to just go there again. Plus it’s close to Hallstatt and I really wanted my Mum to see it.

After about two hours in the car we were getting closer Gosau, Upper Austria where the ski lift would take me up the mountain. The conditions couldn’t have been any better. Every tree, rock and house was covered in 30 inches of beautifully fresh snow. That is exactly how I like my Winters – 360° of snowy goodness. 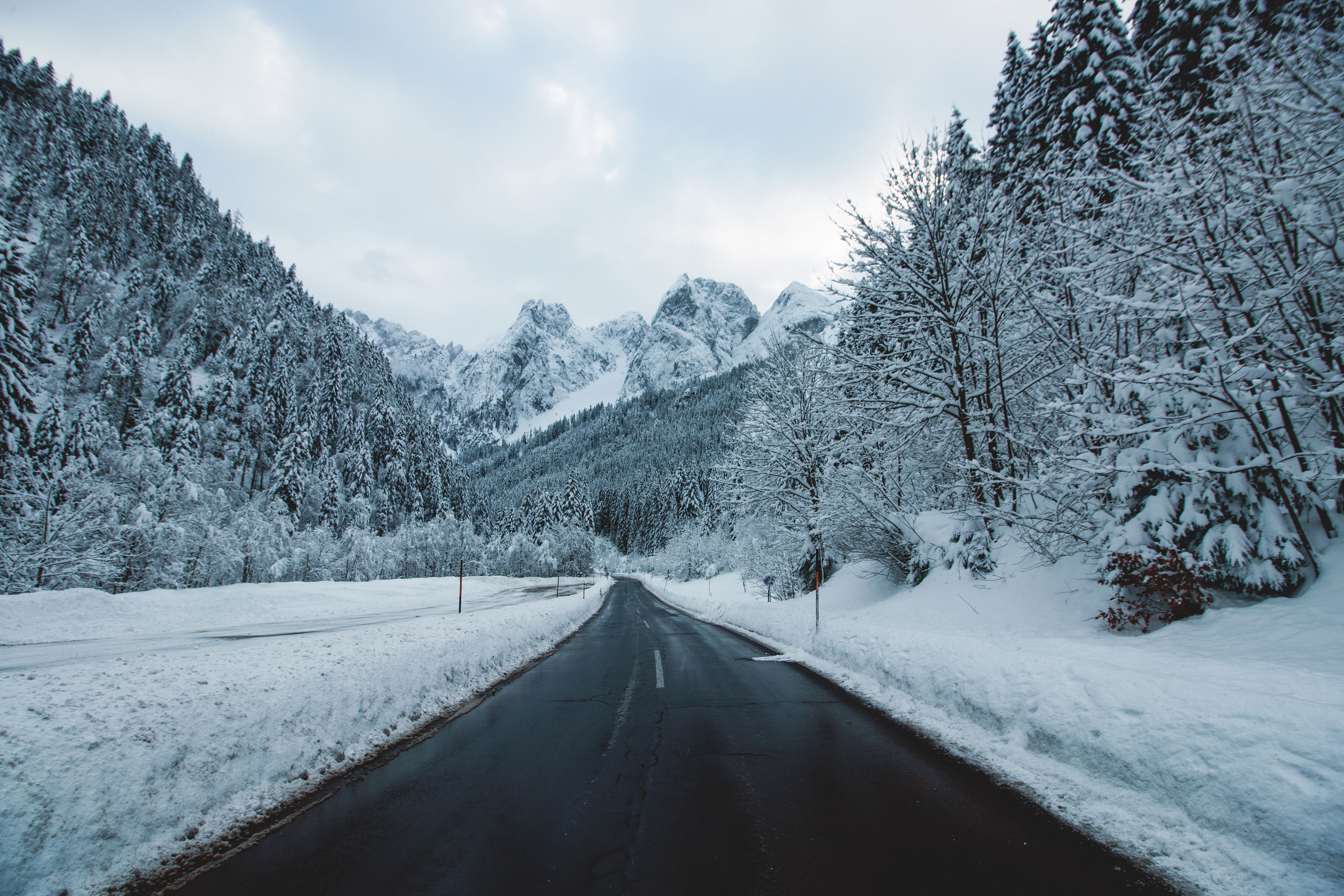 While I was snowboarding my Mum stayed down in the village to explore the area for a bit but after a few hours we met up again because the daylight was starting to fade already and Mum just had to see Hallstatt!

Oh and what can I say! There’s a certain magic residing in this picturesque, little town with it’s narrow alleyways, cobbled streets and the infamous church. This magic is ever stronger in Winter and I don’t think there’s any other town in this world that wears Winter like Hallstatt does. It is like stepping into a tale of old and you wouldn’t be surprised if there were horse-drawn carriages, maidens feeding their chooks or an old man carving little figures outside his workshop. 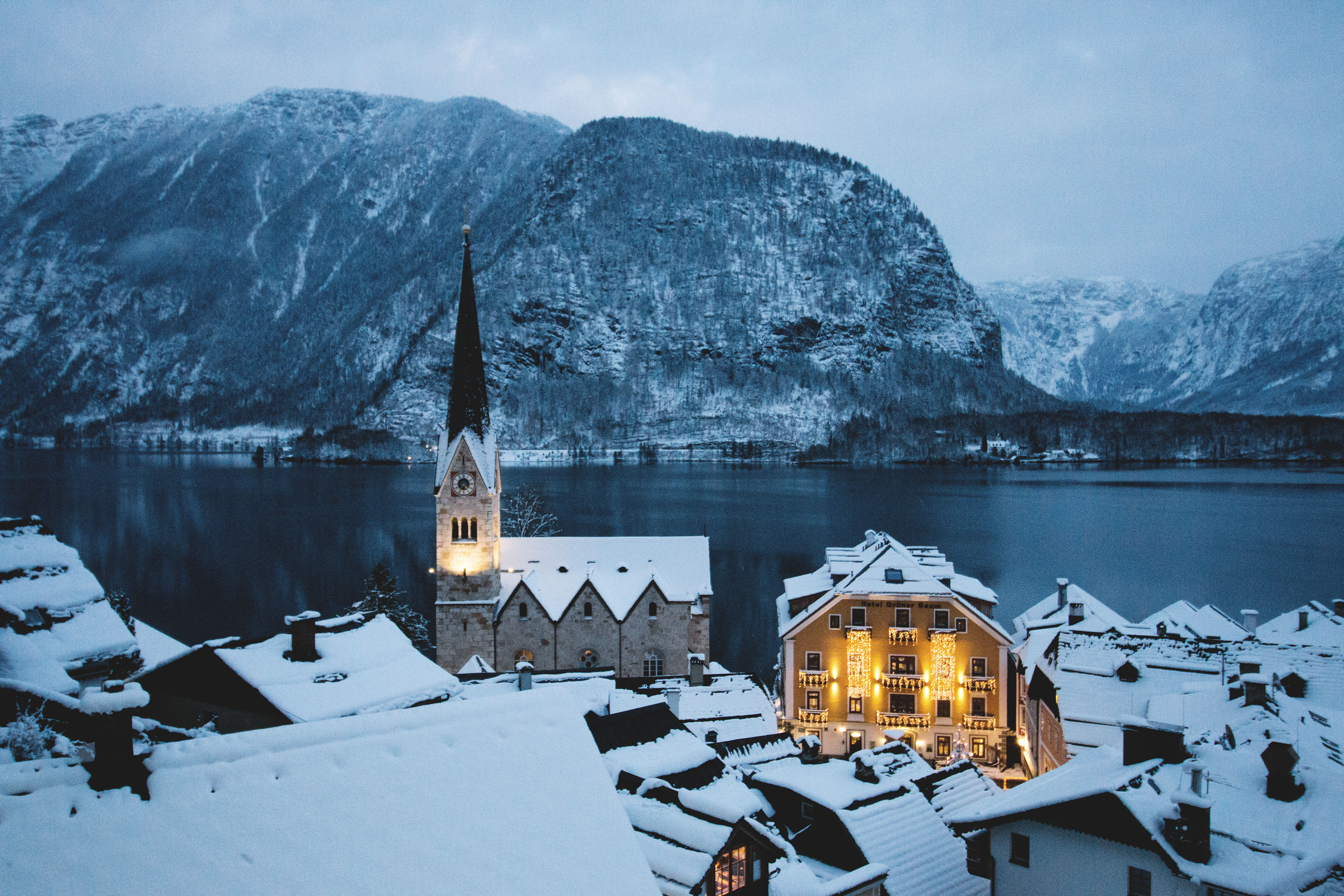 And then there’s all the fairy lights that had been added for Christmas. „How picture perfect can one place even get?“ my Mum said. Her words resonated well with how I felt when I first saw Hallstatt last year.

We walked by the lakefront for a while, through the alleyways past quaint, little houses that look like someone had tried to squeeze in as many buildings as possible and over the town square where a huge Christmas Tree had been put up. From there we strolled towards the classic viewpoint which, for all I know, is not officially signposted as one but certain social media platforms have made it a famous spot. And I can’t blame the herds of people standing behind the fence taking photos – the view of the lake, the two churches and the surrounding mountains is absolutely magnificent.

After a while dusk was falling over Hallstatt and all the little lights started illuminating the houses and windows which only enhanced the enchantments that had been put over the snow-capped roofs of the town.

I could tell you now about the huge amount of ignorant tourists standing in your way, not making room for you to pass on the narrow streets, jumping over fences and trying to take the exact same picture you have just taken. But that would just ruin the magic, wouldn’t it.

Instead here are some more photos: 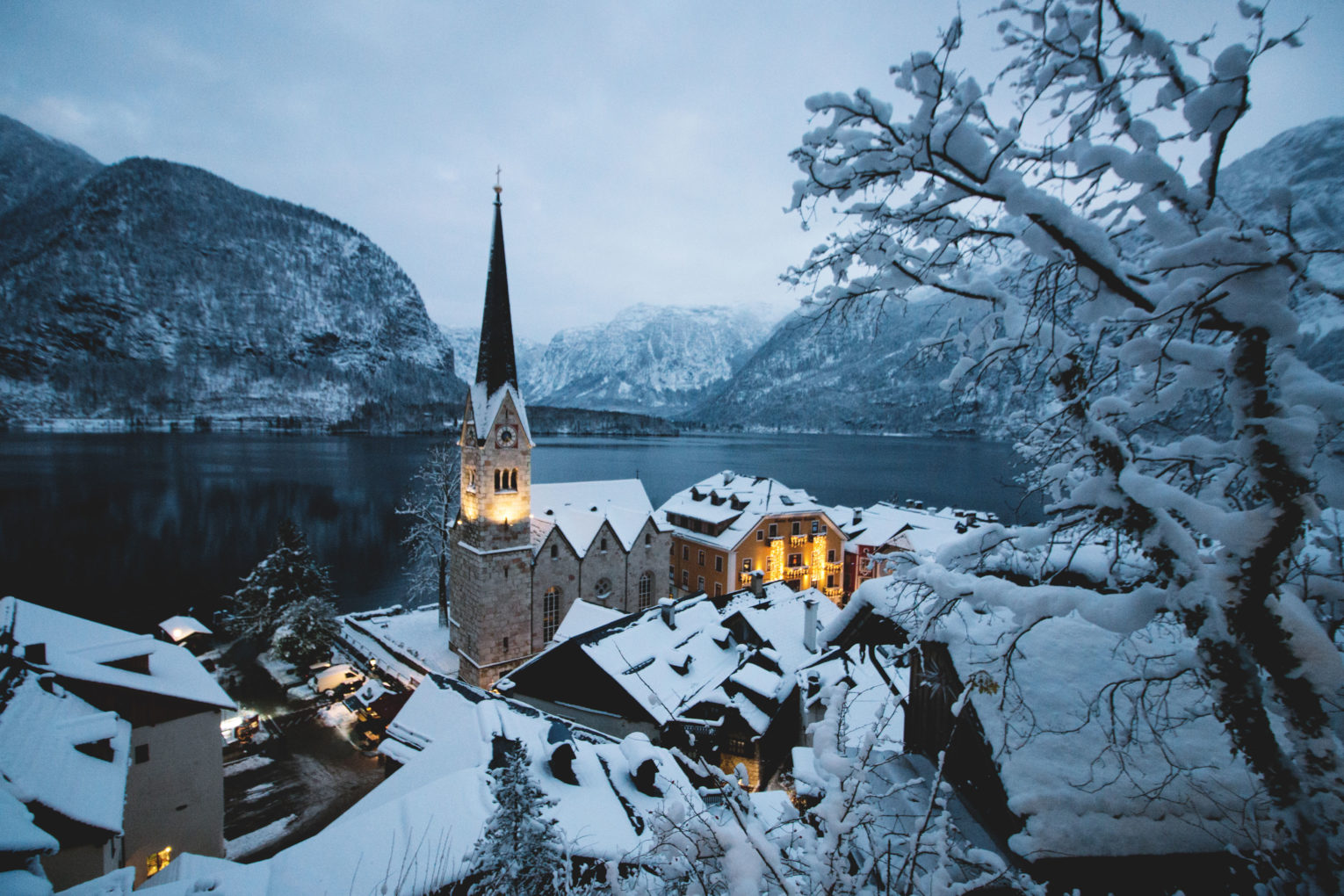 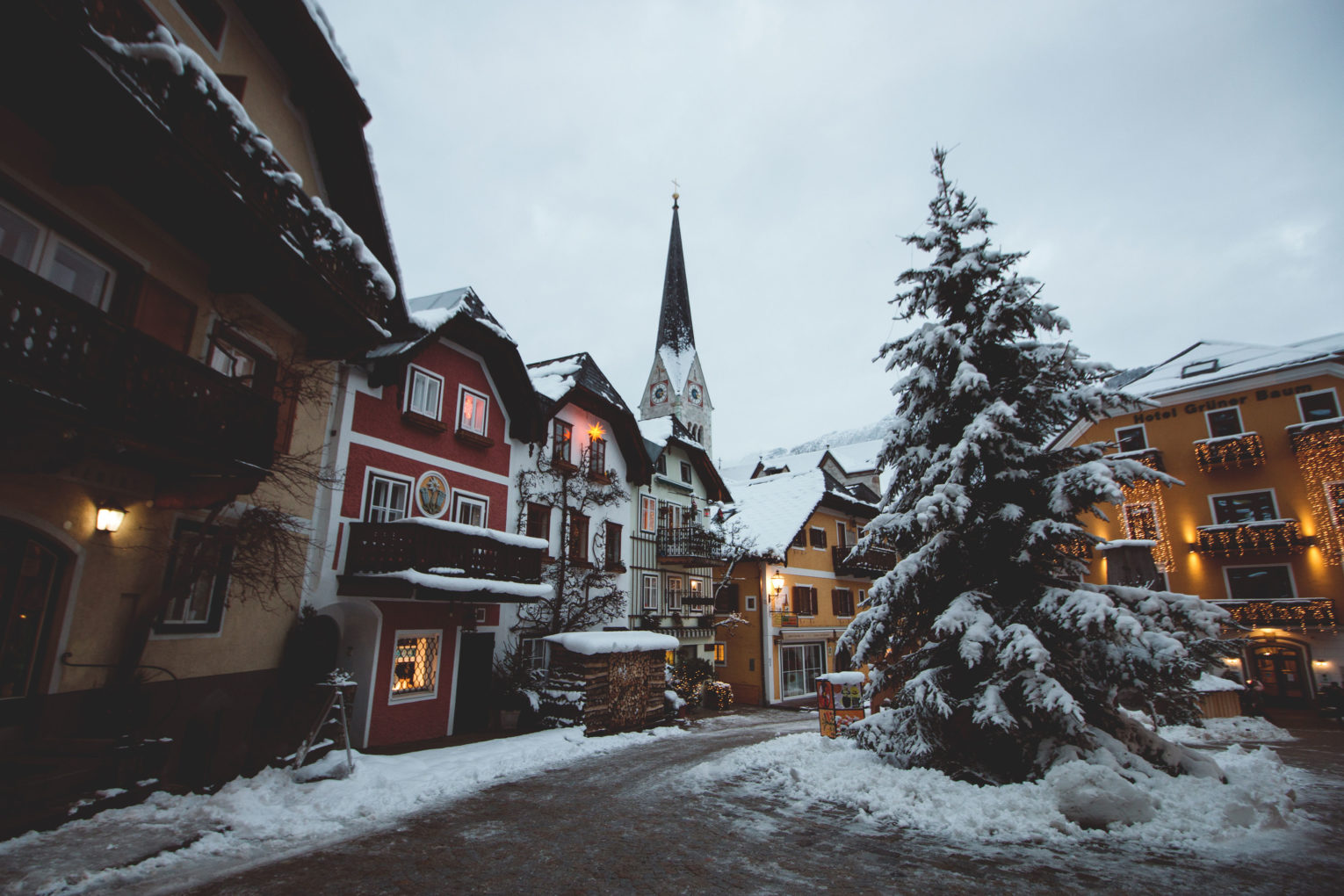 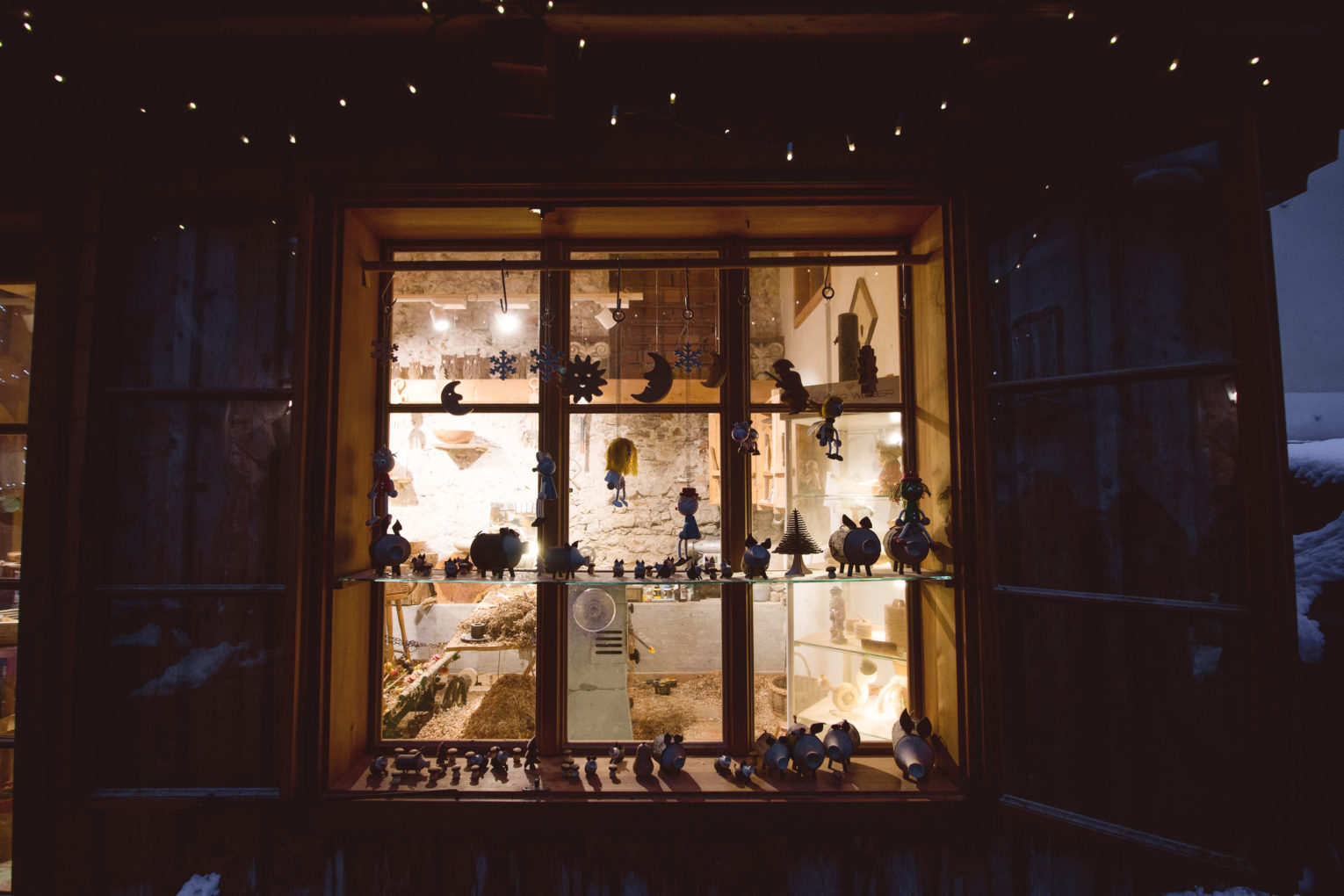 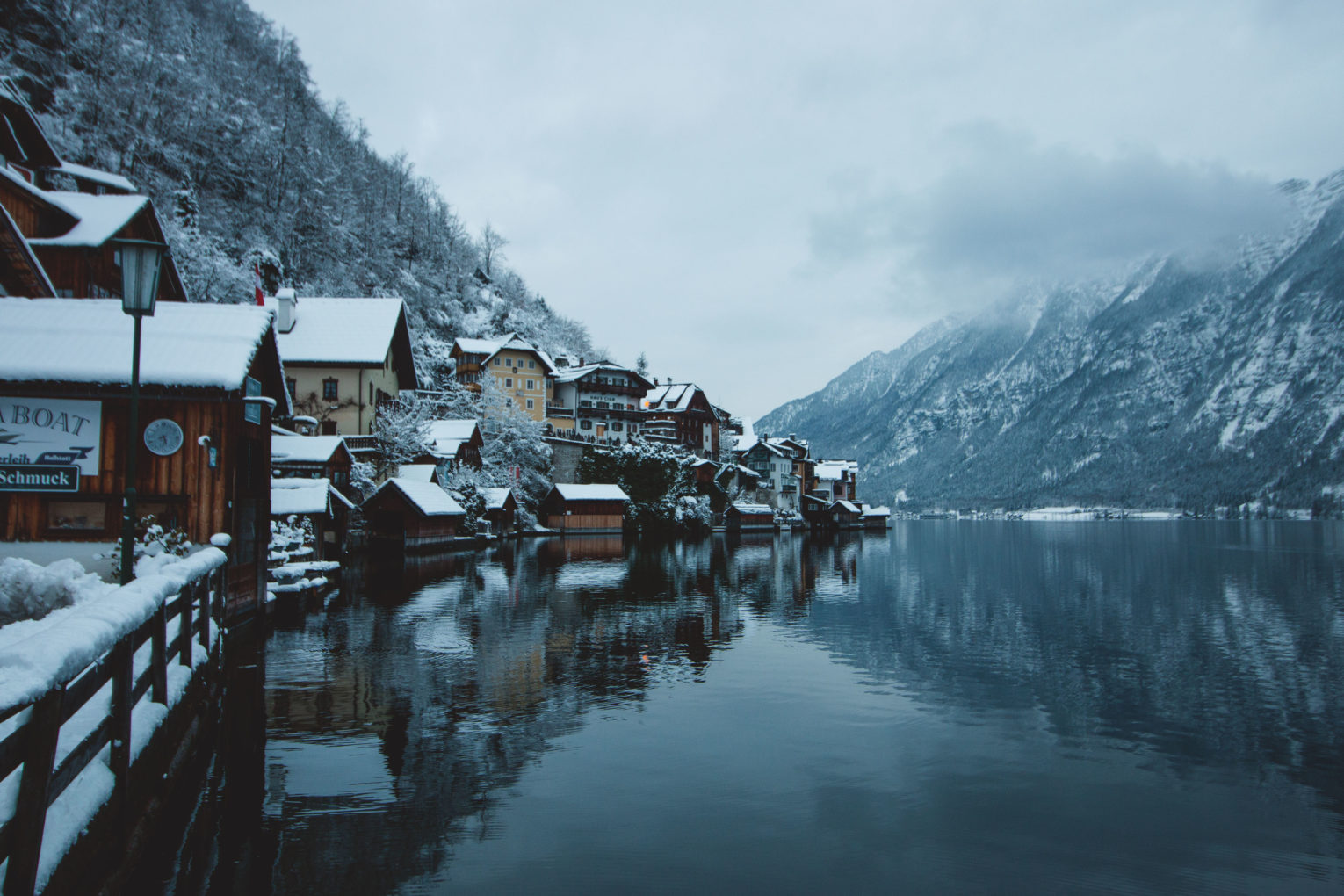 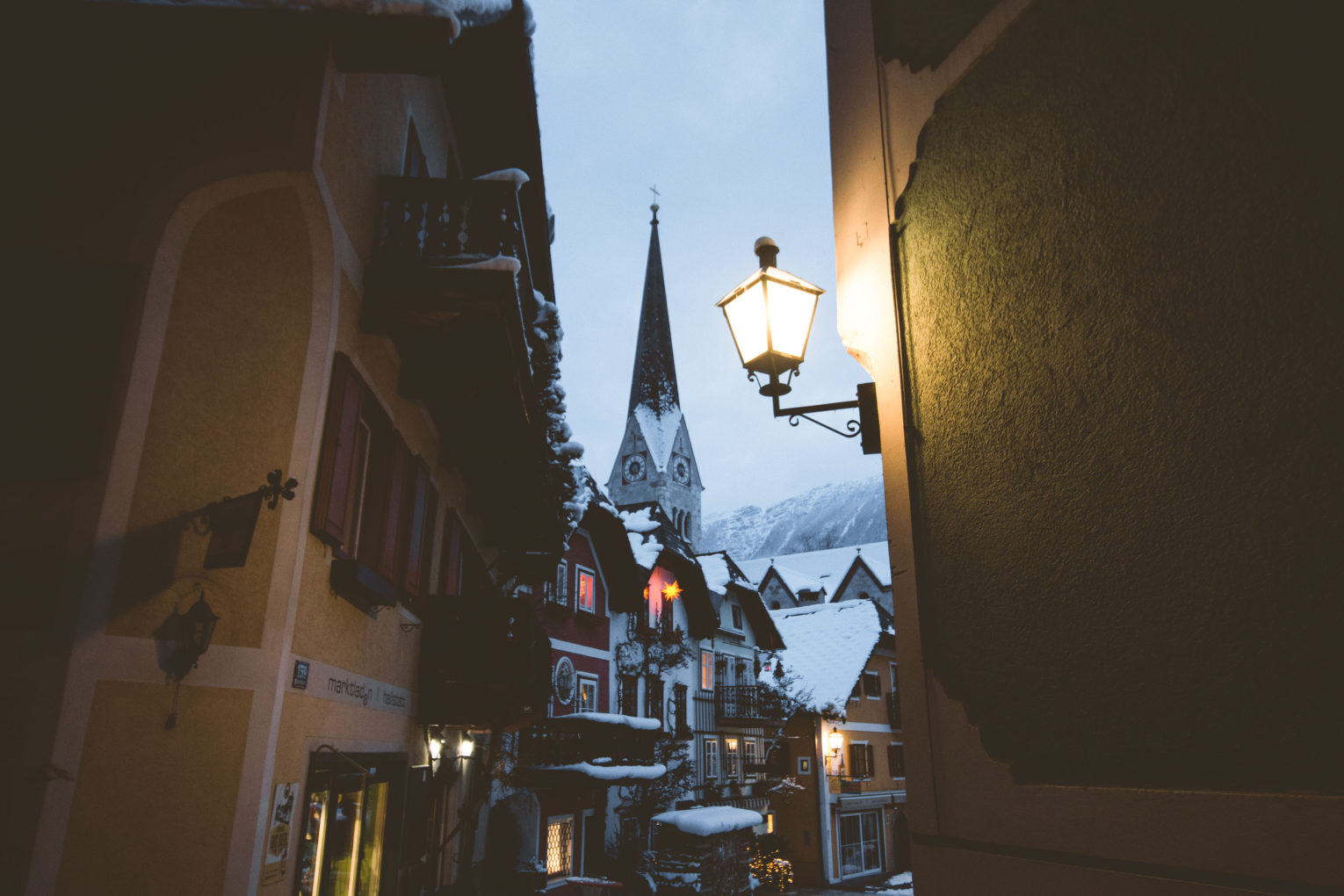 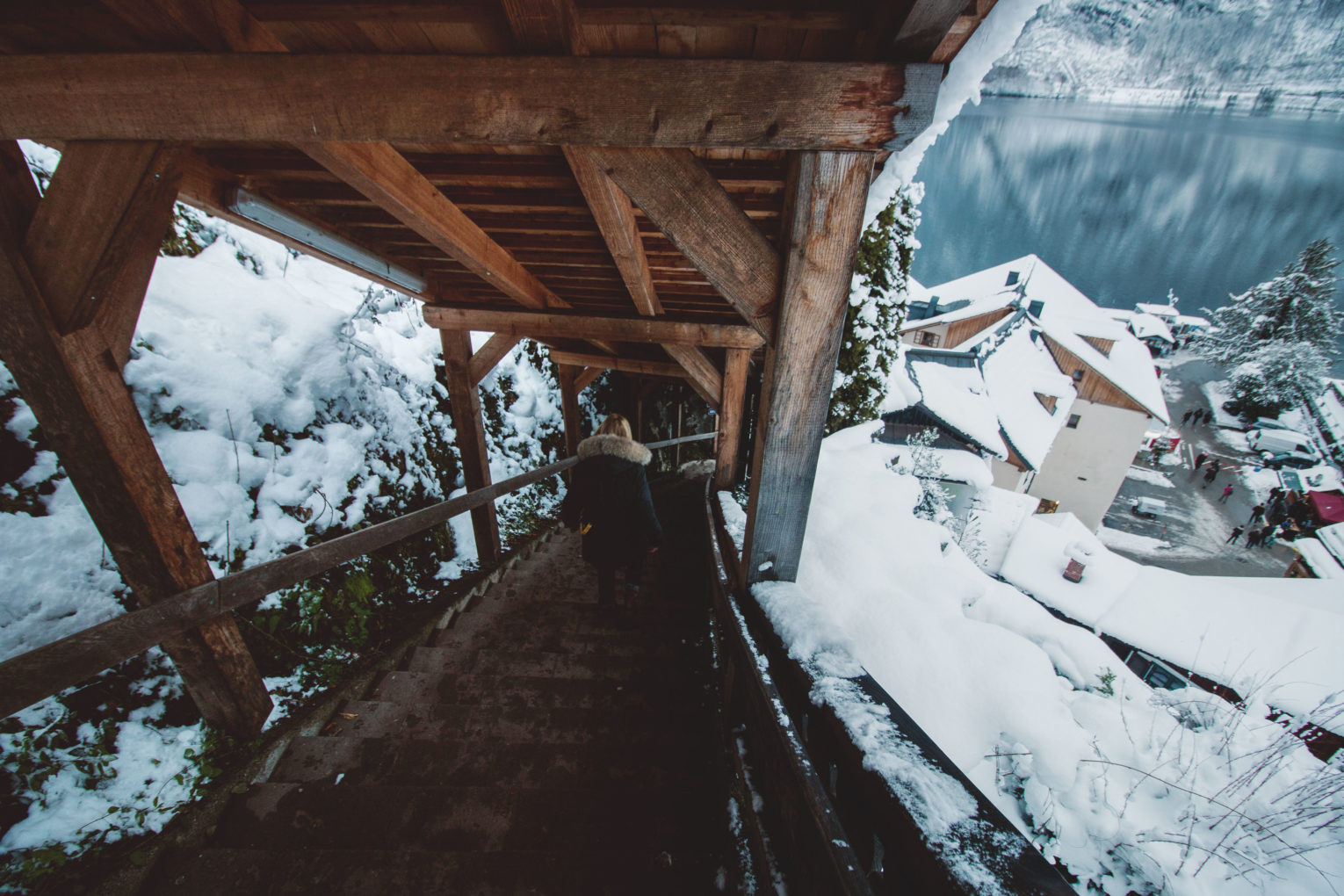 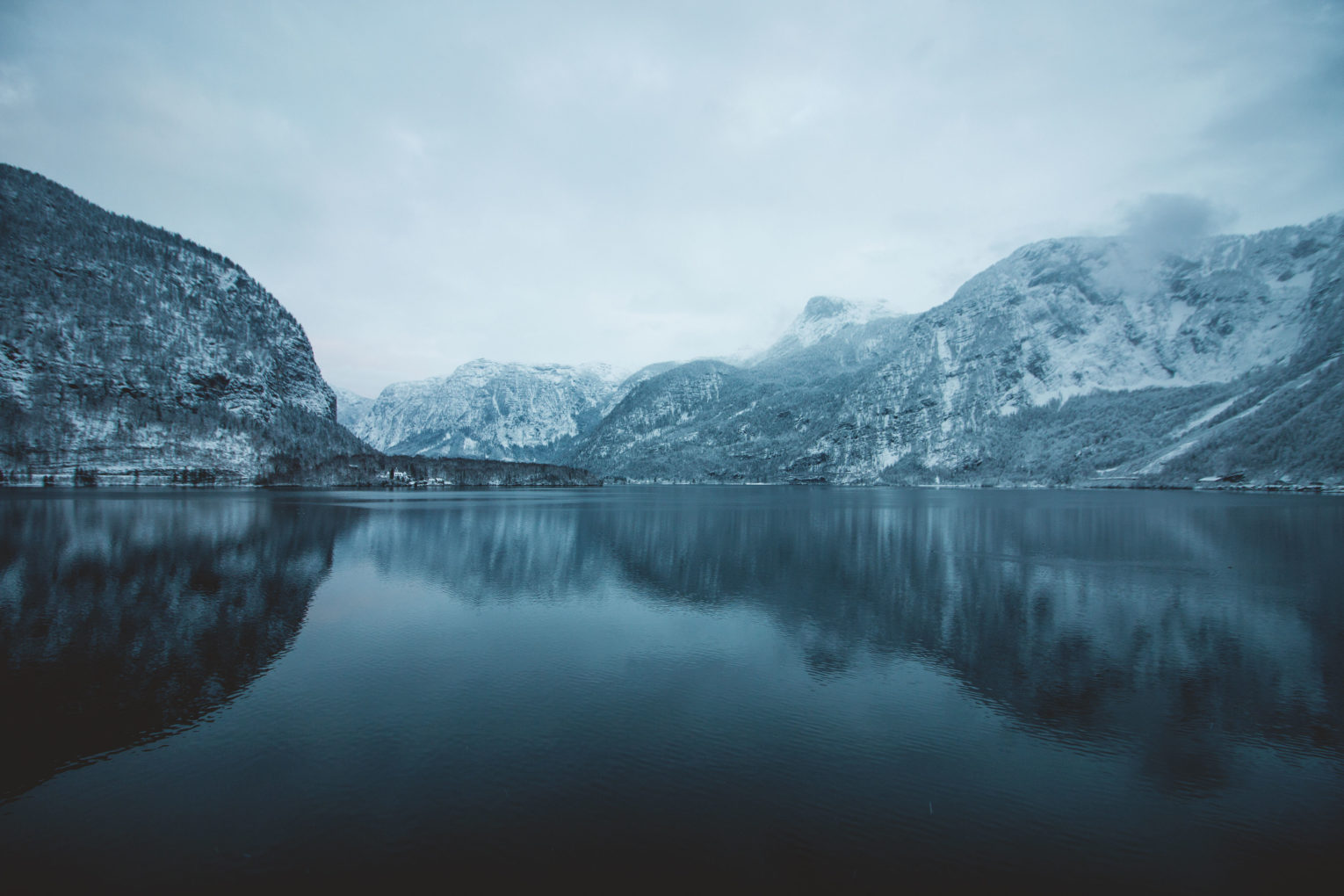 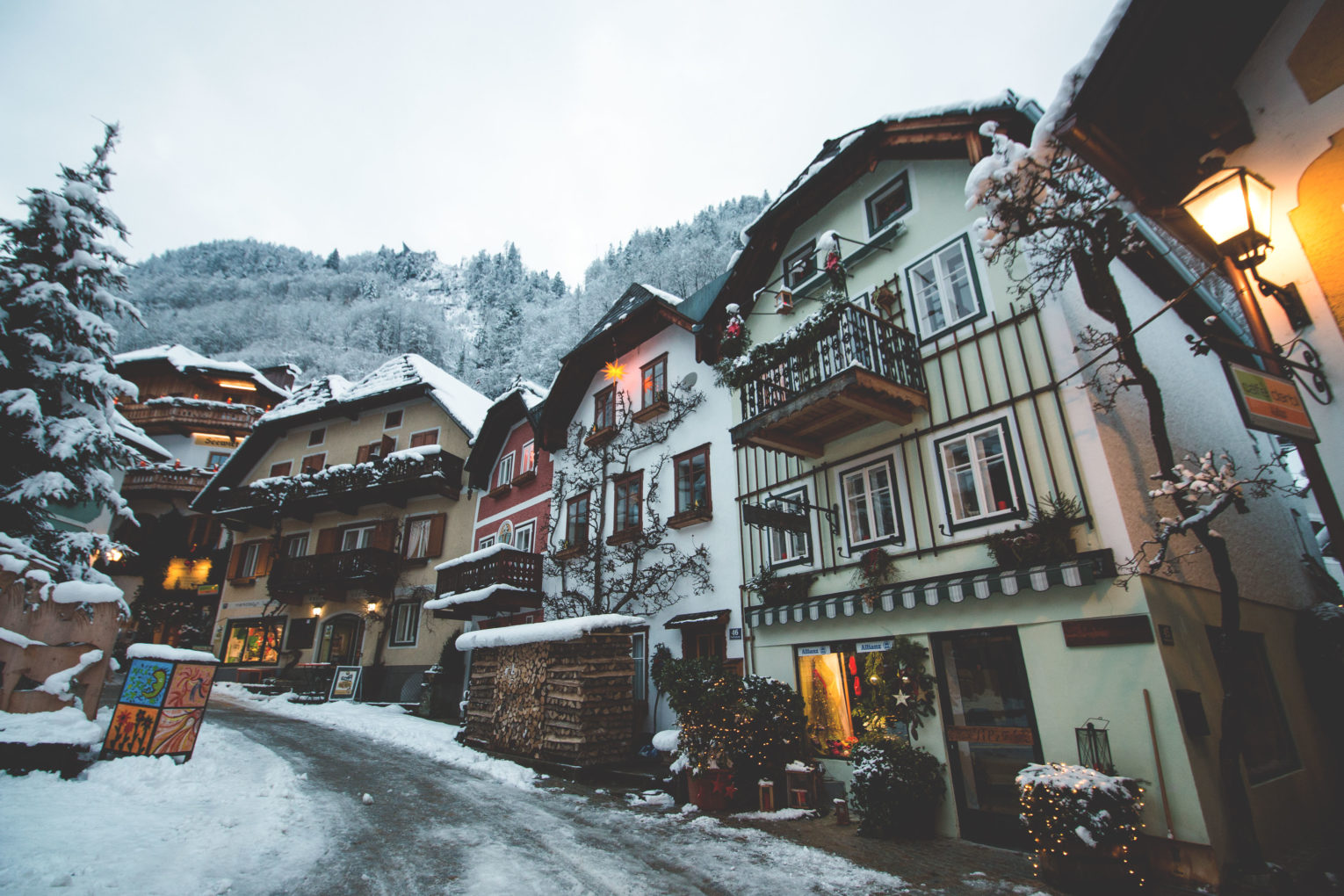 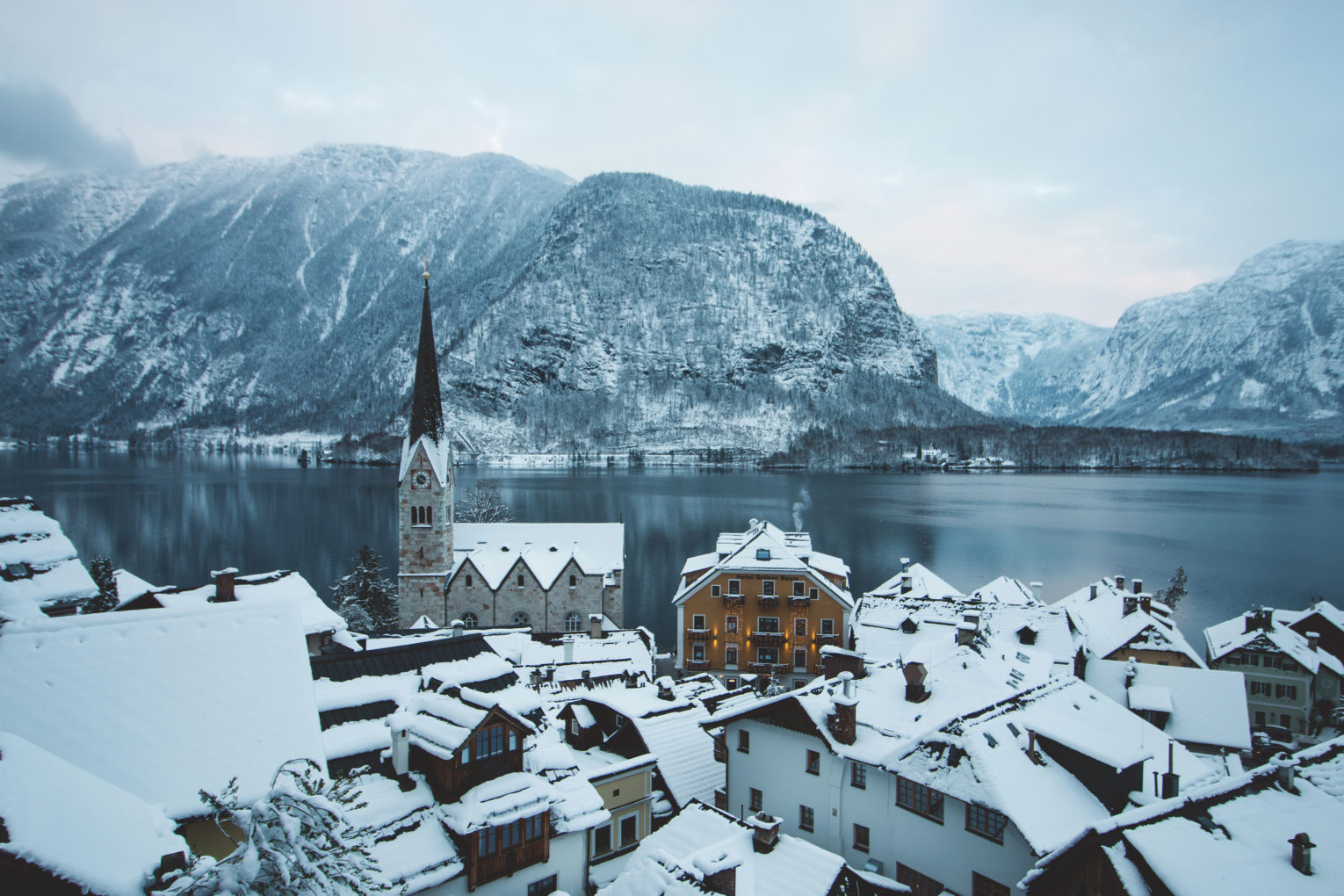 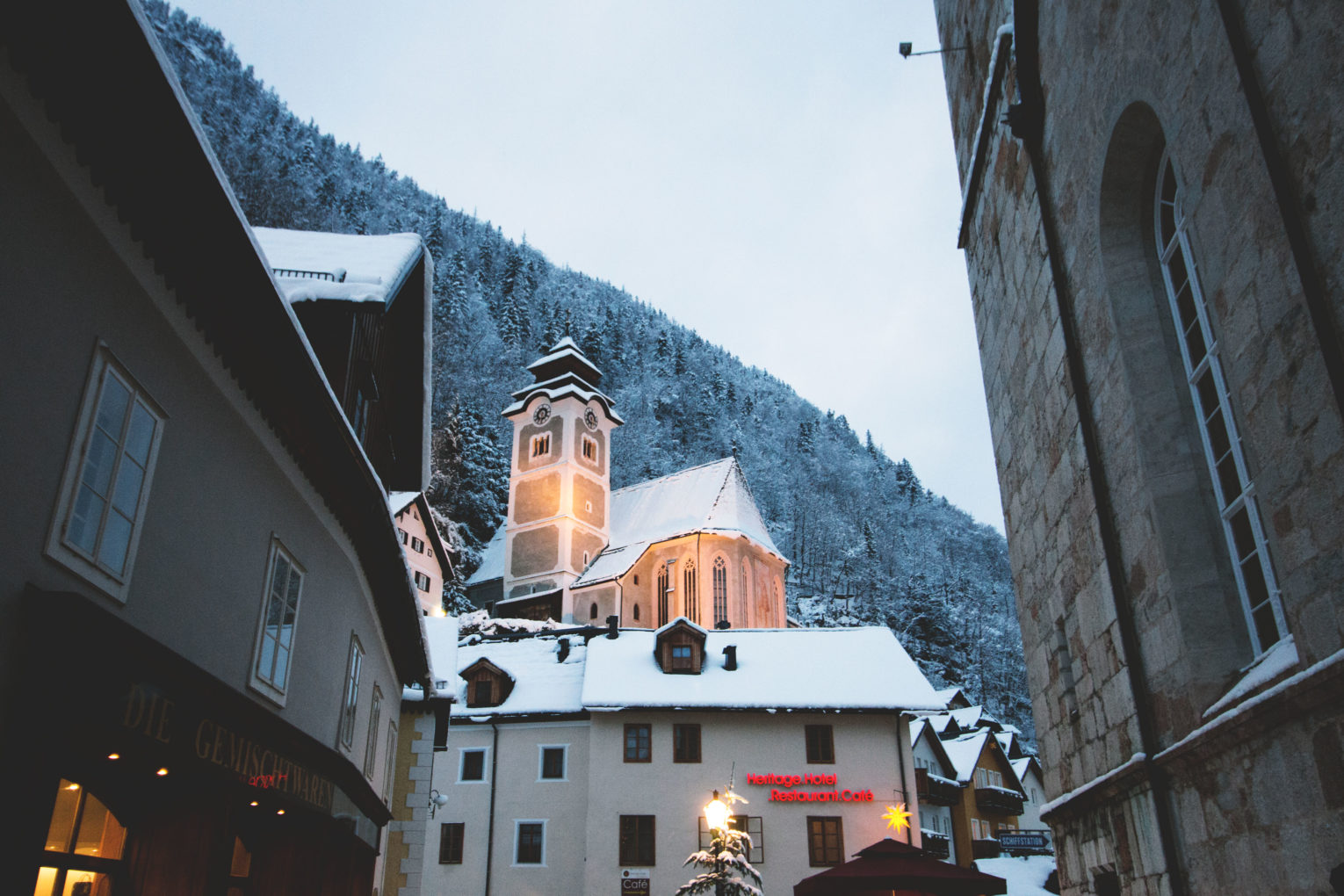 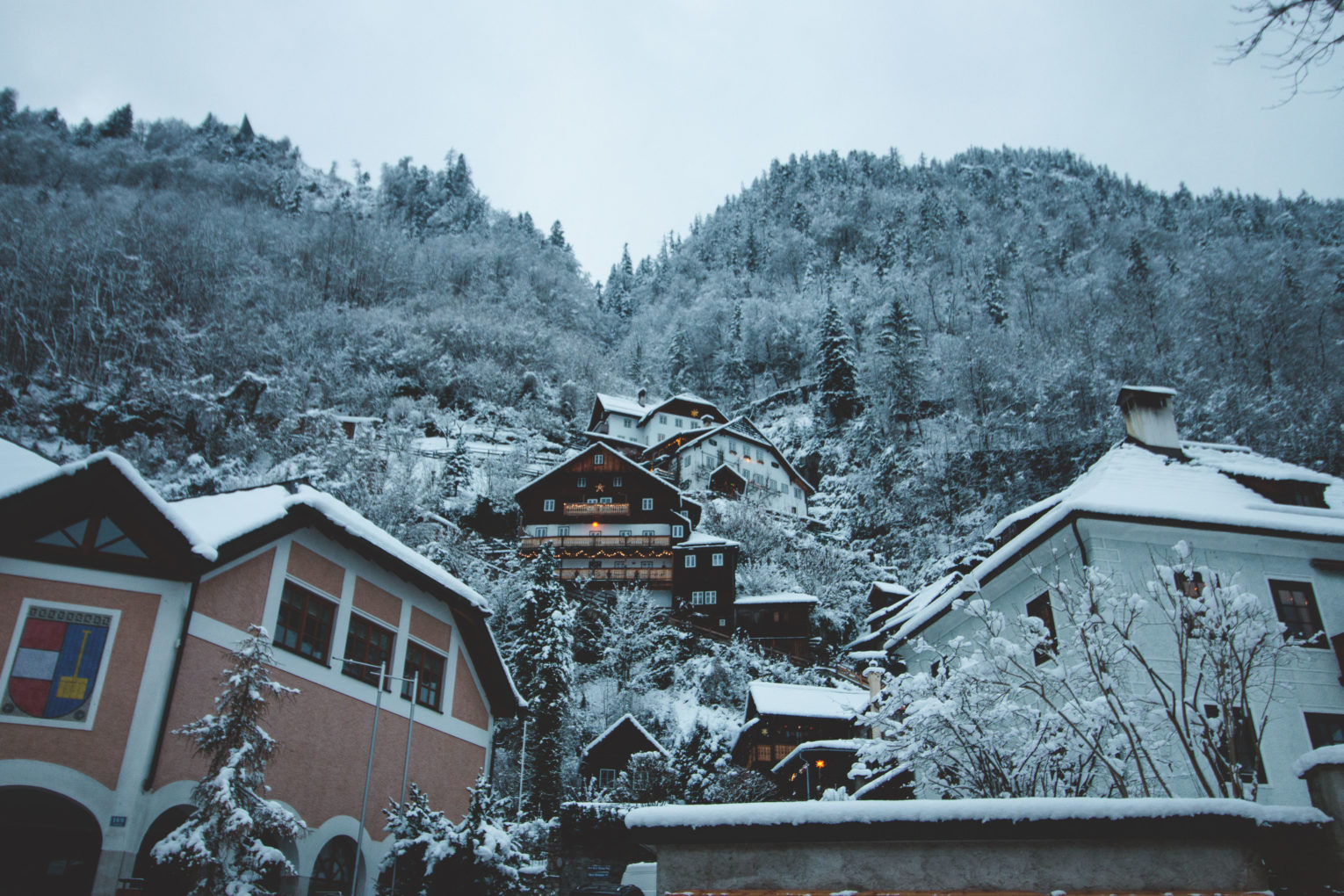 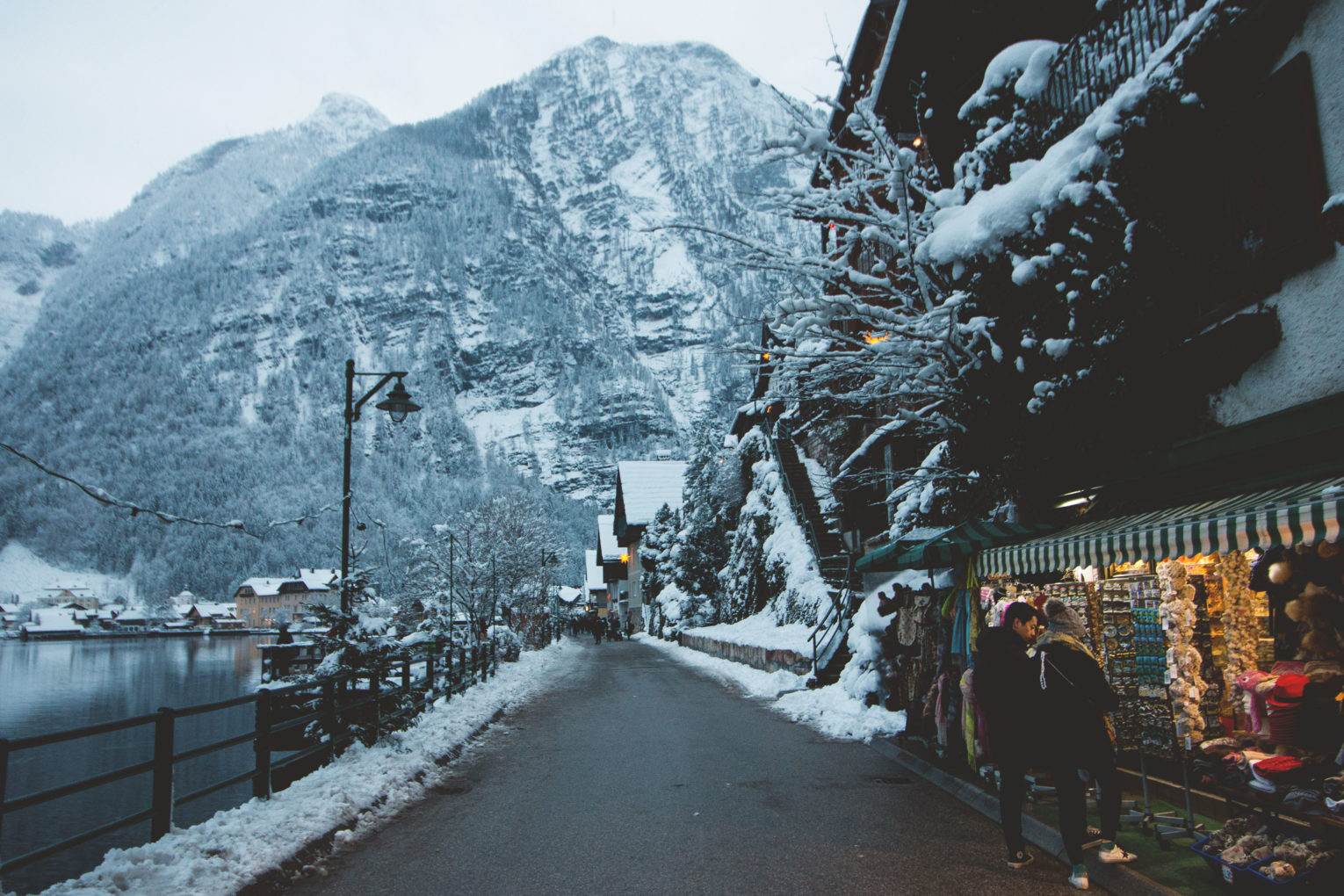 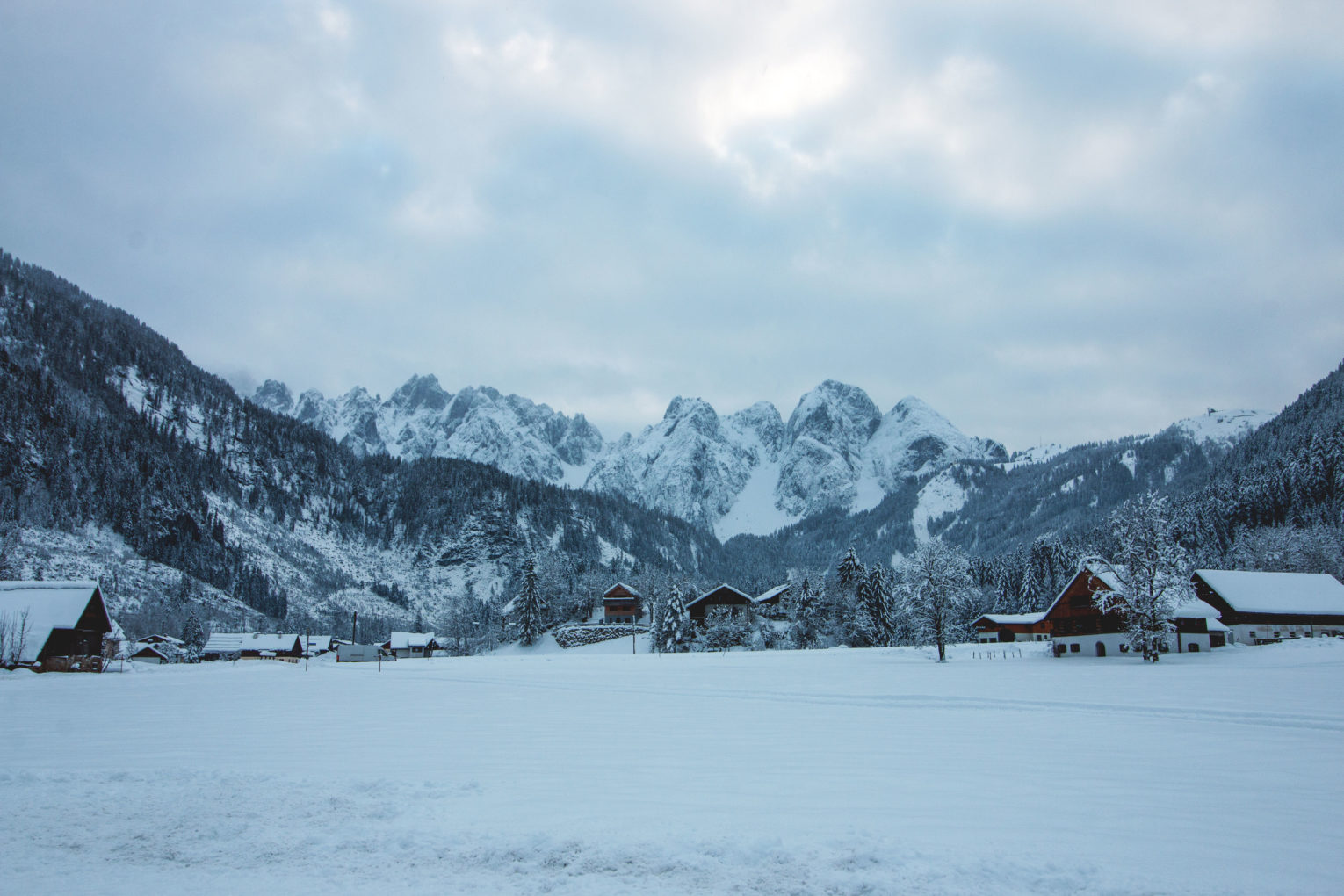 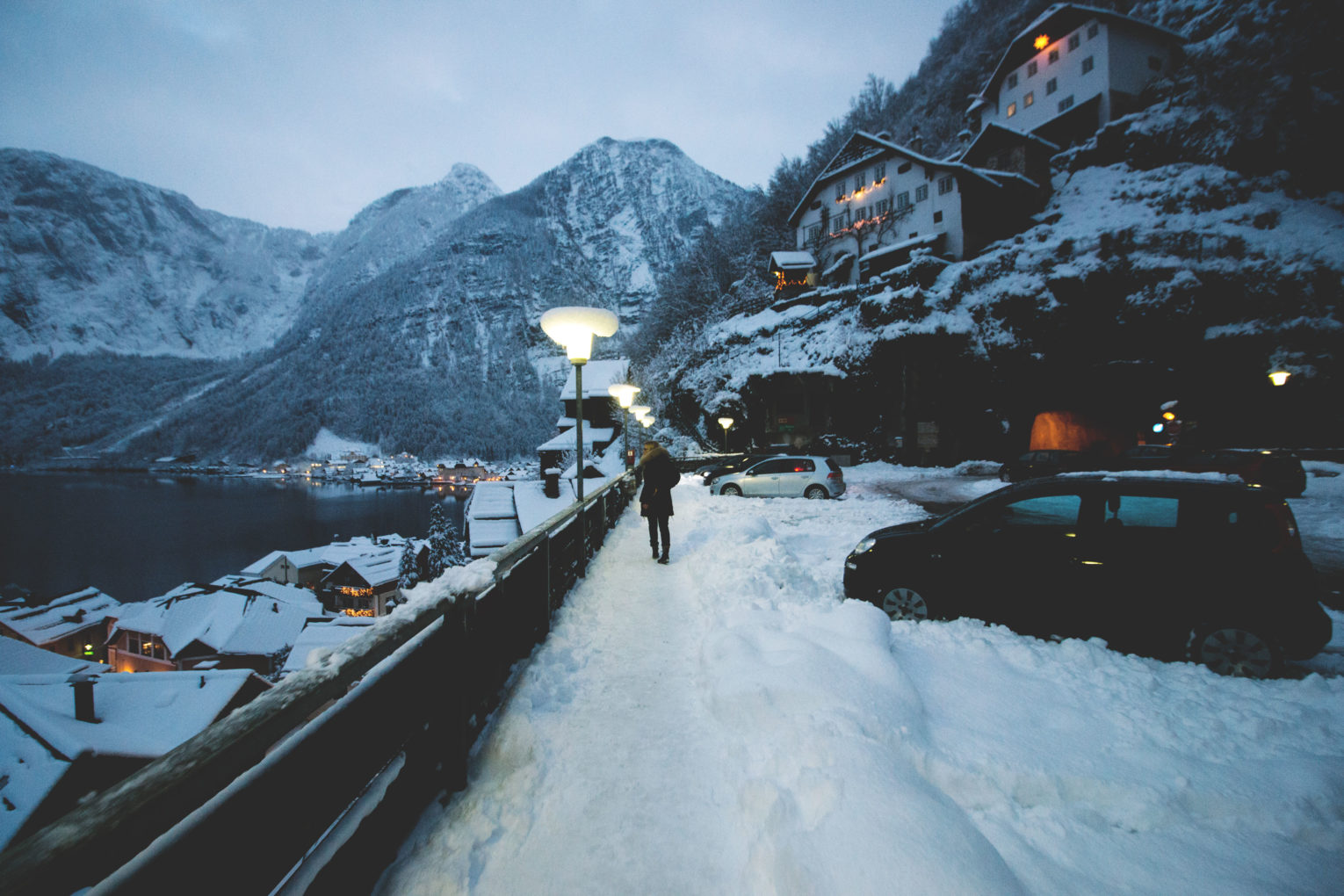 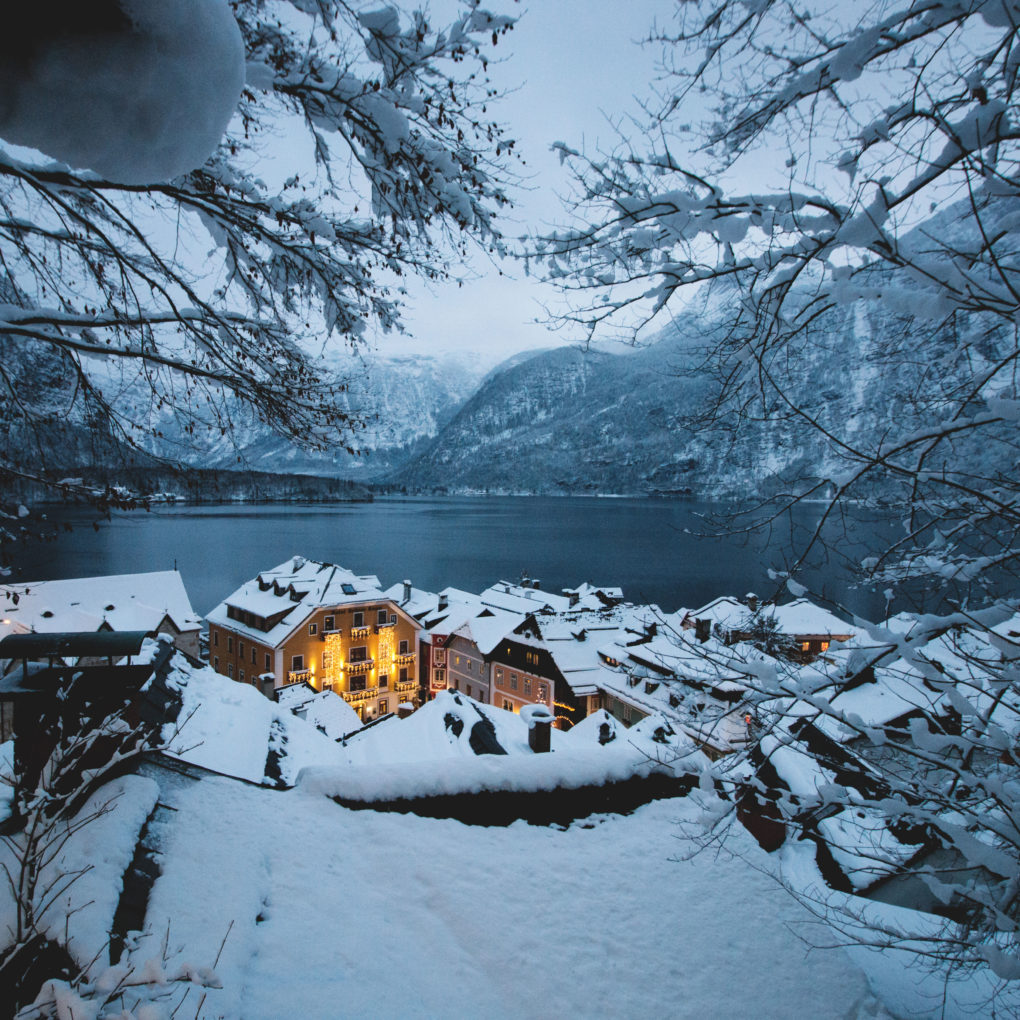 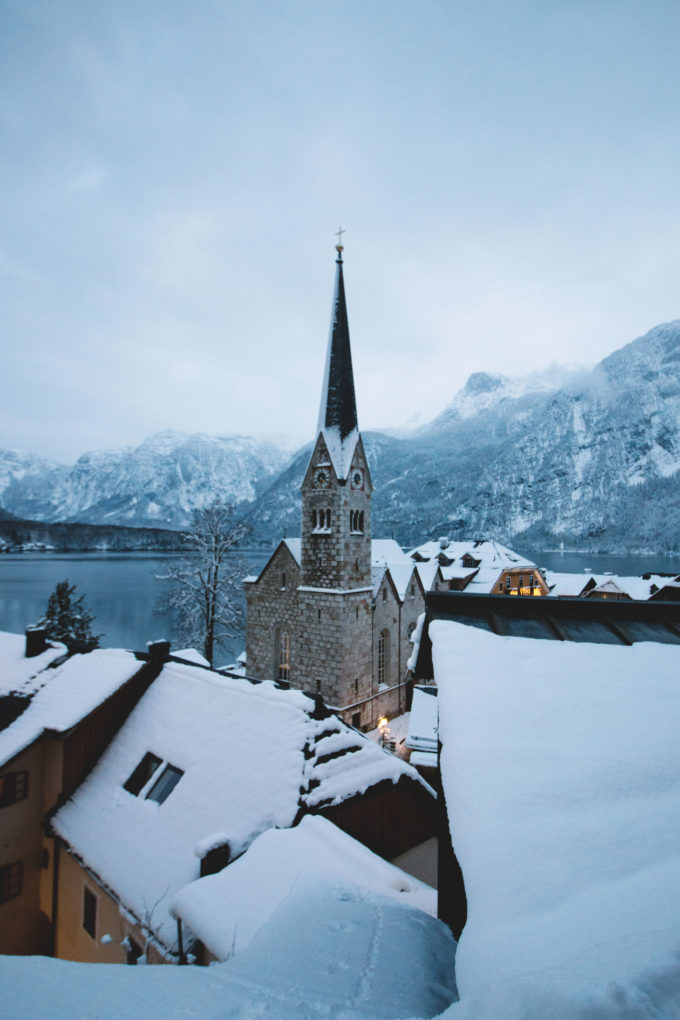 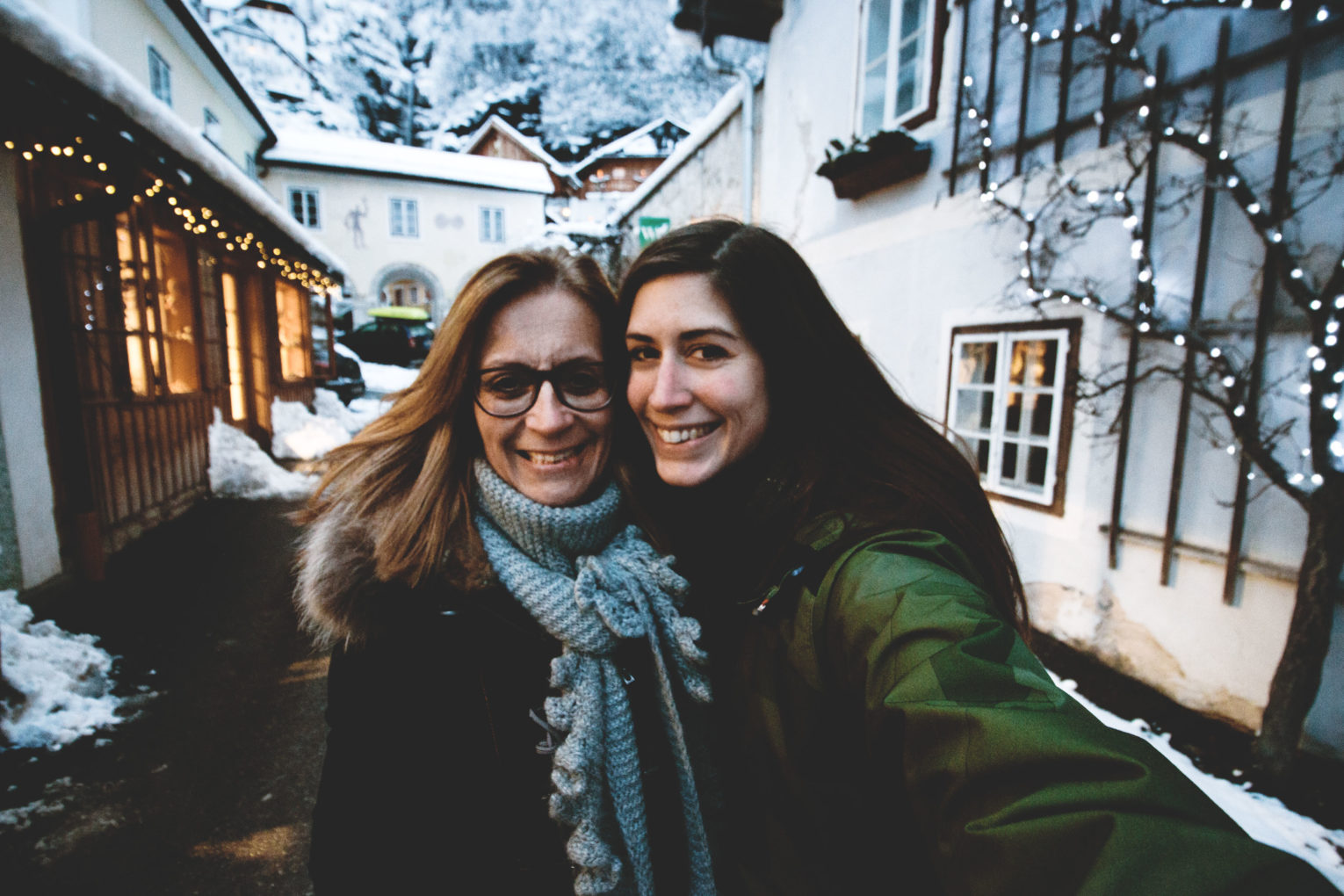