Let us continue our journey across the Alps! Day 1 (you can read all about it here) led us all the way from Oberstdorf, Germany to our first accommodation of the trip which was Kemptner Hut at 1846m in the Allgäu Alps. Here’s what the next part of the track brought upon us…

When I woke up at 5:30am this morning I already started mulling over how I would start my diary entry for today and it went something like this: „The second day started just like the first day had ended: grey.“ Because in our attic dormitory it was still gloomy, hardly any light was falling through the small window. The motivation to get up early ceased somewhat and I huddled up against Philipp again, trying to doze off once more.

But sleep didn’t come so eventually I got up and dared looking out the window and – ‘Merry Christmas!’ – it had snowed during the night. There wasn’t much, only a light dusting but it lifted my spirits immediately. All of yesterdays pain was forgotten in a jiffy and I walked lightly back to Philipp, rousing him awake, a 100% motivated to tackle the second leg of our hike.

A motivation which would be tested later today as the second day turned out to be just as the first one: tough and in my case nerve-wracking. The fact that Philipp is still sitting with me right now as I’m writing this is simply wondrous. 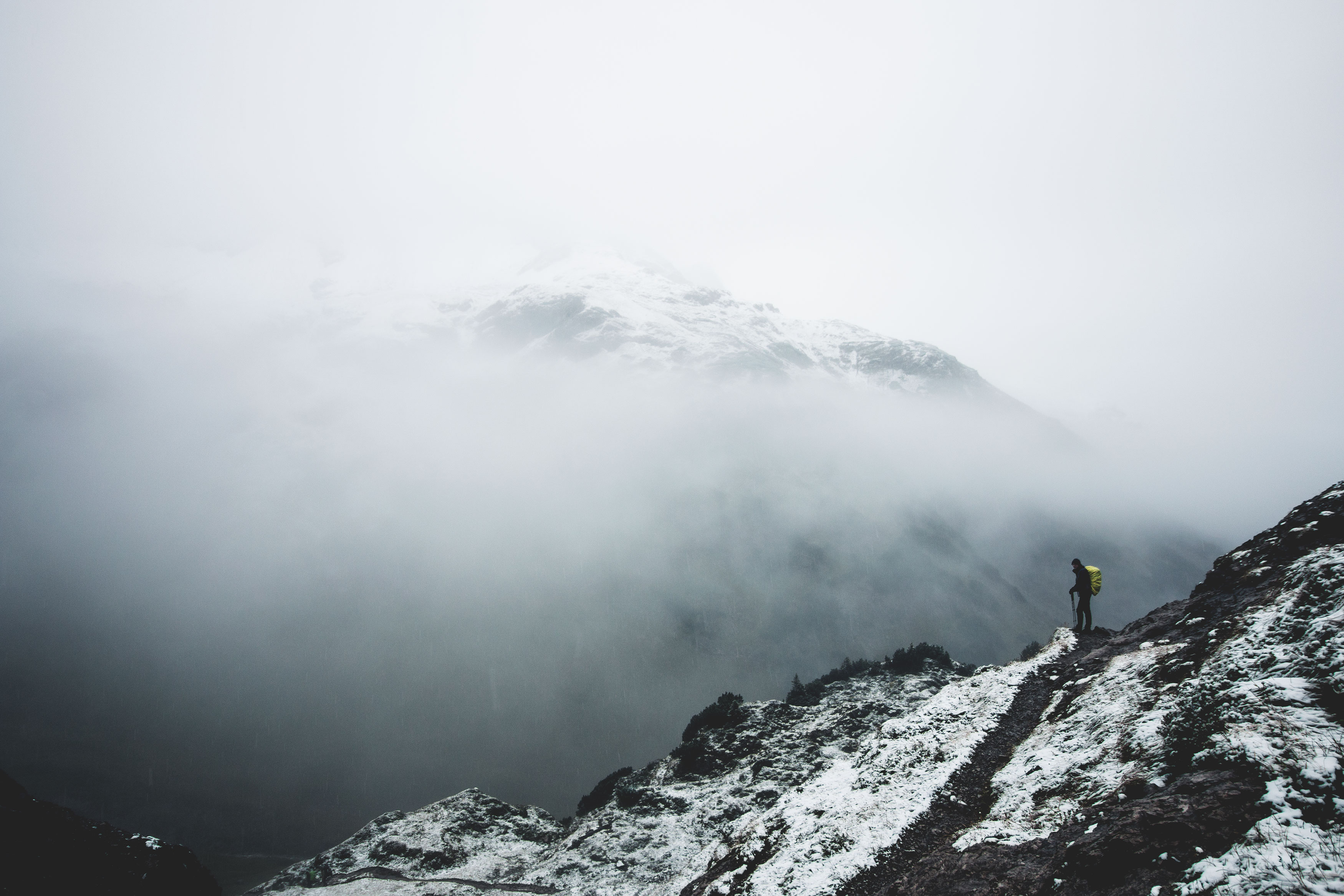 After a basic breakfast we donned our Winter clothes, stuffed the last of our belongings into our backpacks and lifted the weight back onto our shoulders.

The air outside was brisk, washing away the last bits of drowsiness and finally we were able to see, not much, but at least we got an idea of what this place must usually look like. 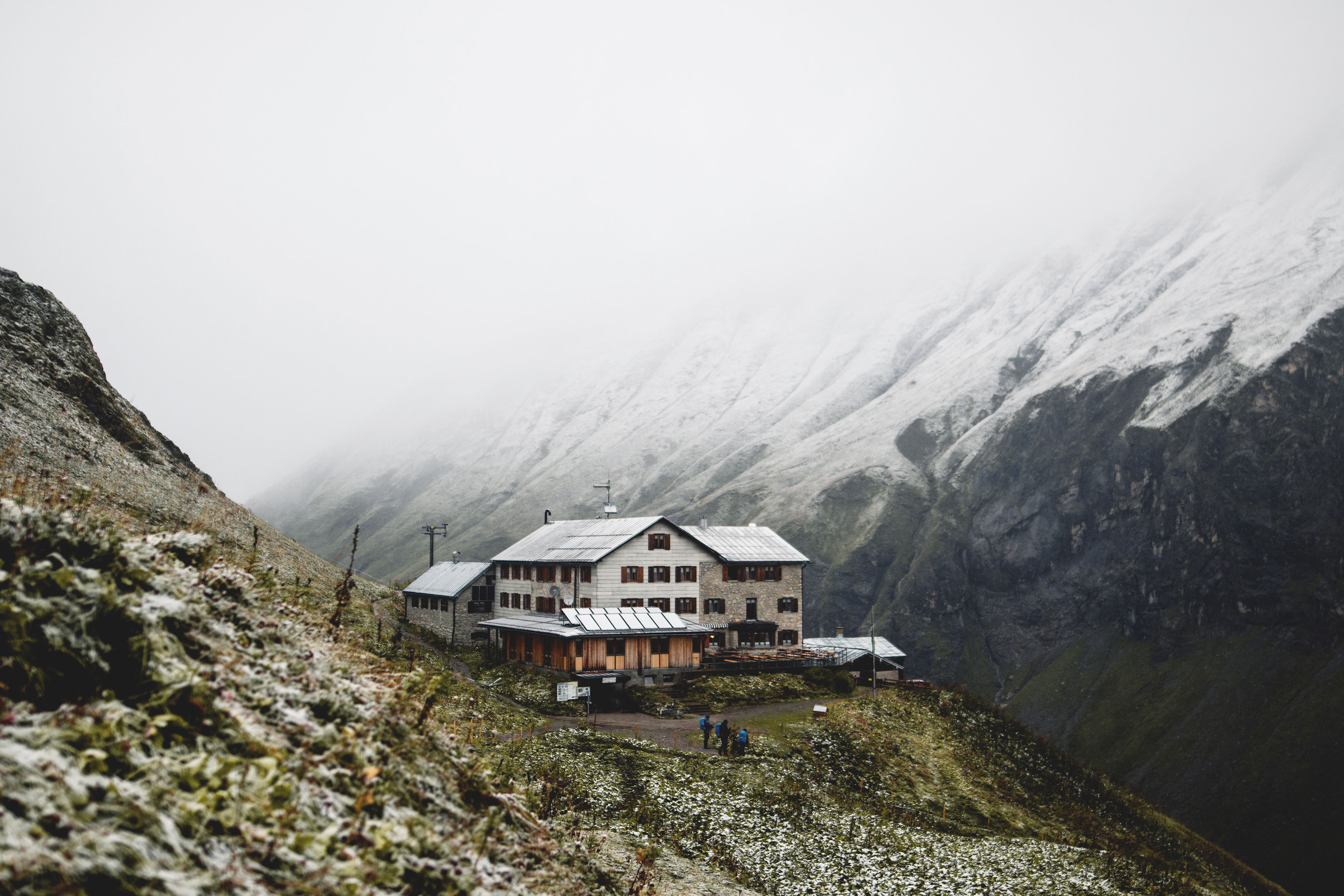 Our hike today started with a short climb, throwing us right back into it.

You don’t get to faff around much on this track, no. It is demanding and wants you to push yourself!

Even though kicking the day off with a climb wasn’t the most beautiful thing I could have asked for I was happy. There was snow and we could see mountains and compared to yesterday it was like a bluebird day. Looking back we could see the hut below us surrounded by specks of white but in front of us a whole new scene started materializing. Towering mountains were wafting in and out of view as clouds rushed past, snowflakes were swirling down and a sign right ahead of us told us that we’d now be leaving Germany and crossing the border to Austria. 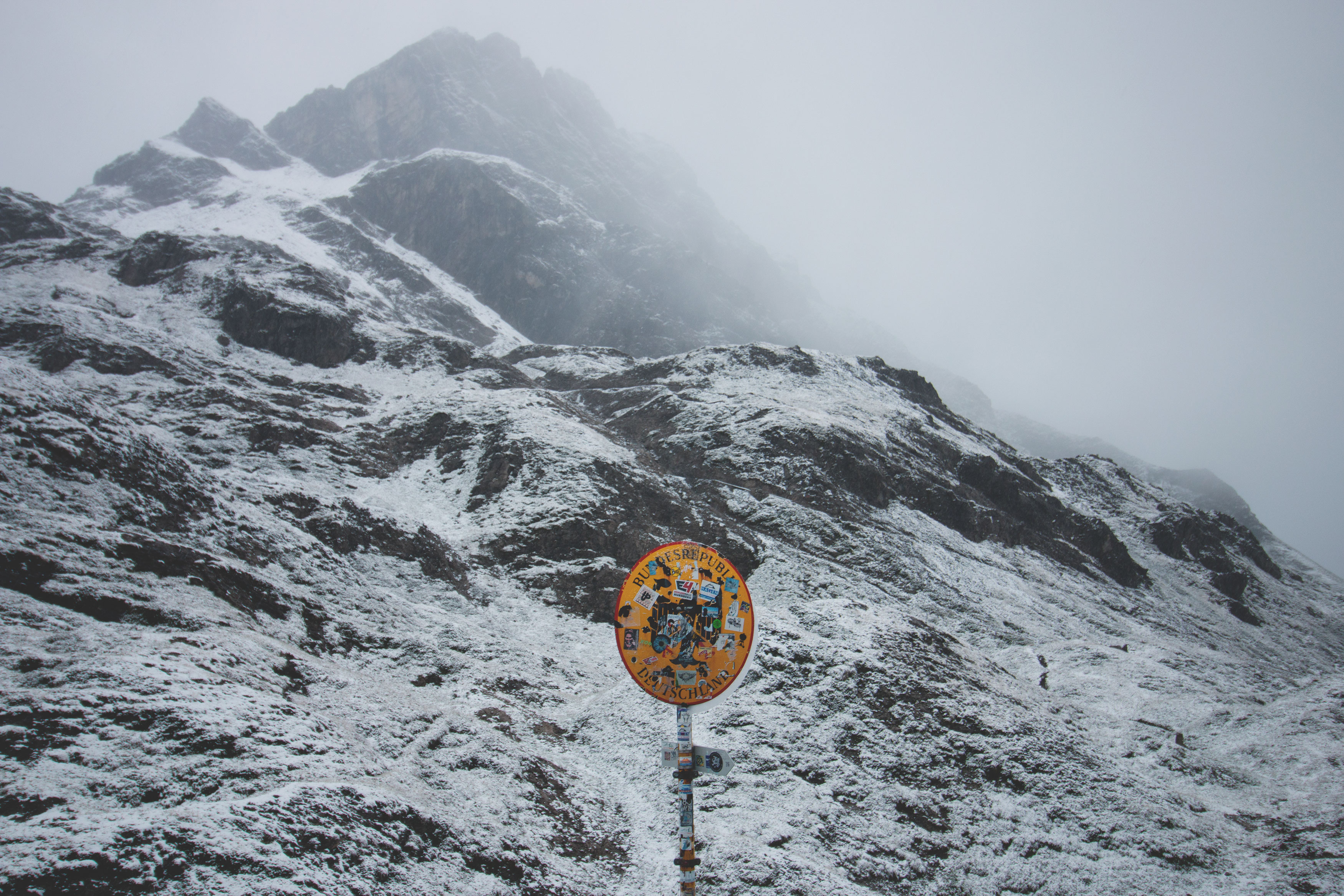 From there it was a downward scramble towards a village called Holzgau and with every step the weather got murkier and wetter. The snow turned into a light drizzle of rain again, rocks started to get slippery, soil muddy and you had to be careful where you put your feet.

You have to hand it to weather like this though, it creates this beautifully melancholy mood that makes you want to stop and stare. There was no stopping and staring for us though. The rain was picking up, not moving would be to risk getting cold and we still had a long way to go. 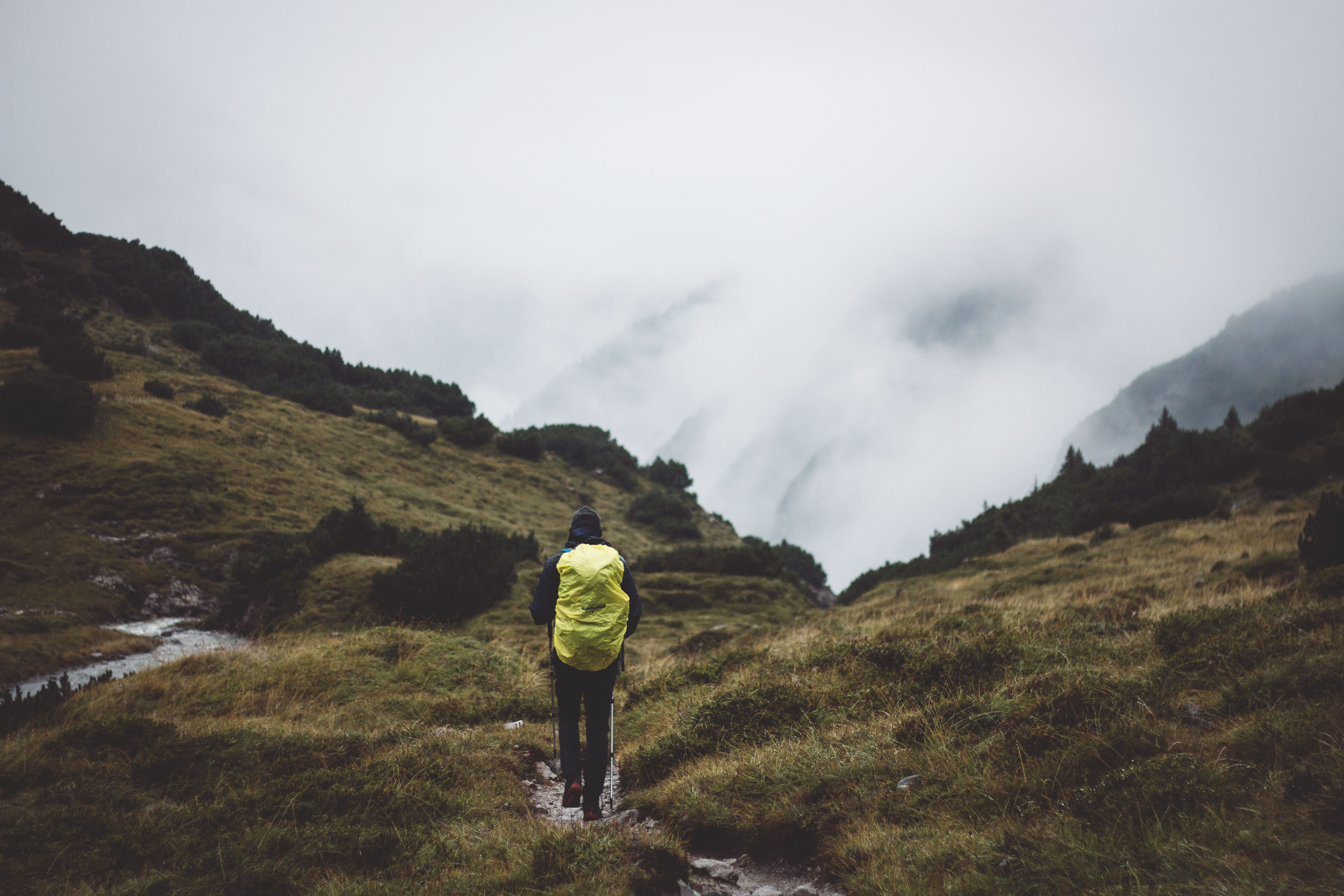 Before we reached Holzgau we had to maneuver our way across a swing bridge – 200 meters long and 100 meters up high in the air. It was a wobbly affair and if you’re not that into heights I advice you to take an alternative route which leads you past a waterfall instead of over the bridge. 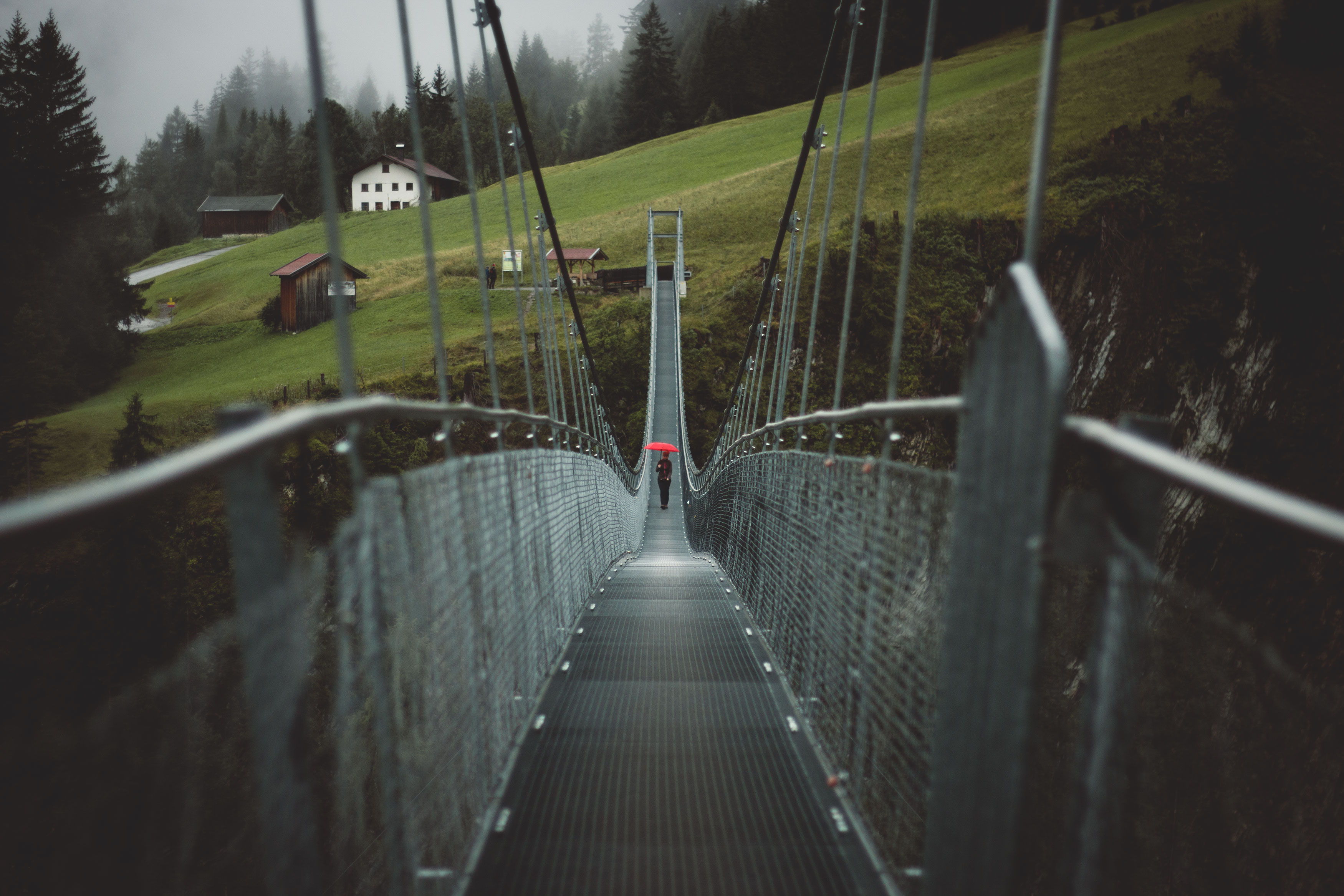 Arriving in Holzgau you have two options #1 you walk two hours on tar to get to the cable lift the huts usually use to carry goods up the mountain or #2 you get a cab there instead.

We opted for the latter as we still had three hours of hiking ahead of us and we wanted to reach the hut on time. From the cable lift it was a steep and strenuous uphill climb which ended up in lots of motivational work on Philipps part because as far as I was concerned it was insanely hard. 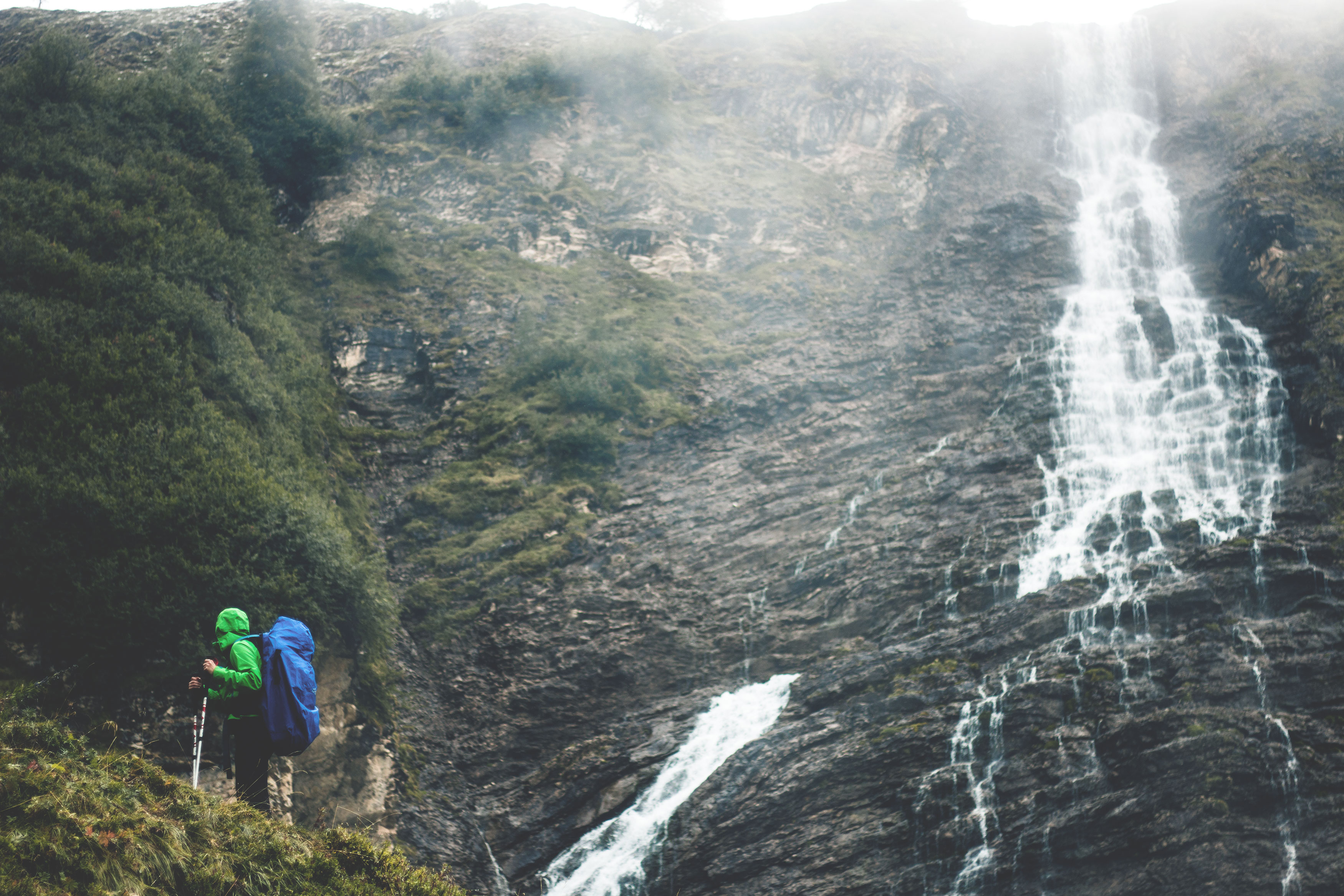 After passing the tree line there was more snow again and for a short while my legs got some rest as we reached more level ground. After a last scramble up the hut came into view, sitting nestled between mountains whose size we could not yet fathom because, as per usual, clouds were obscuring the surrounding landscape. What we could see though were some ibexes who call alpine areas their home. 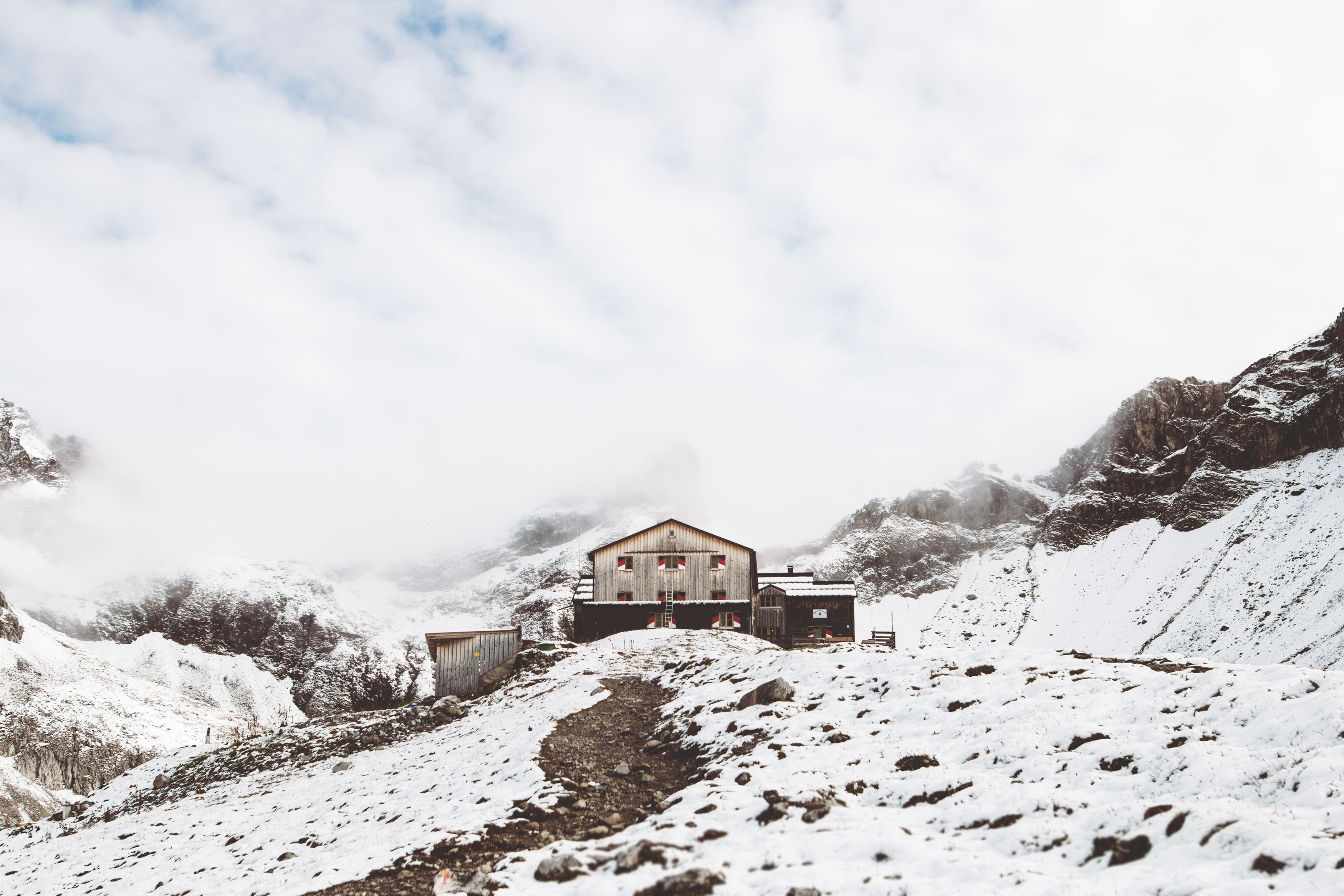 Exhausted and hungry we got ourselves organised, put our stuff into our room, changed into some comfy clothes and sat down in the warm and cosy public area of the hut where we both devoured an ‚Apfelstrudel‘.

I probably would have fallen asleep right then, right there at the table, being warm and fed BUT looking out the window I saw the clouds lifting and almost instantaneously I was on my feet again, anxious that I might miss out on something that’s going on outside. „Philipp, we need to head out there again!“ – so we did and it was magical. 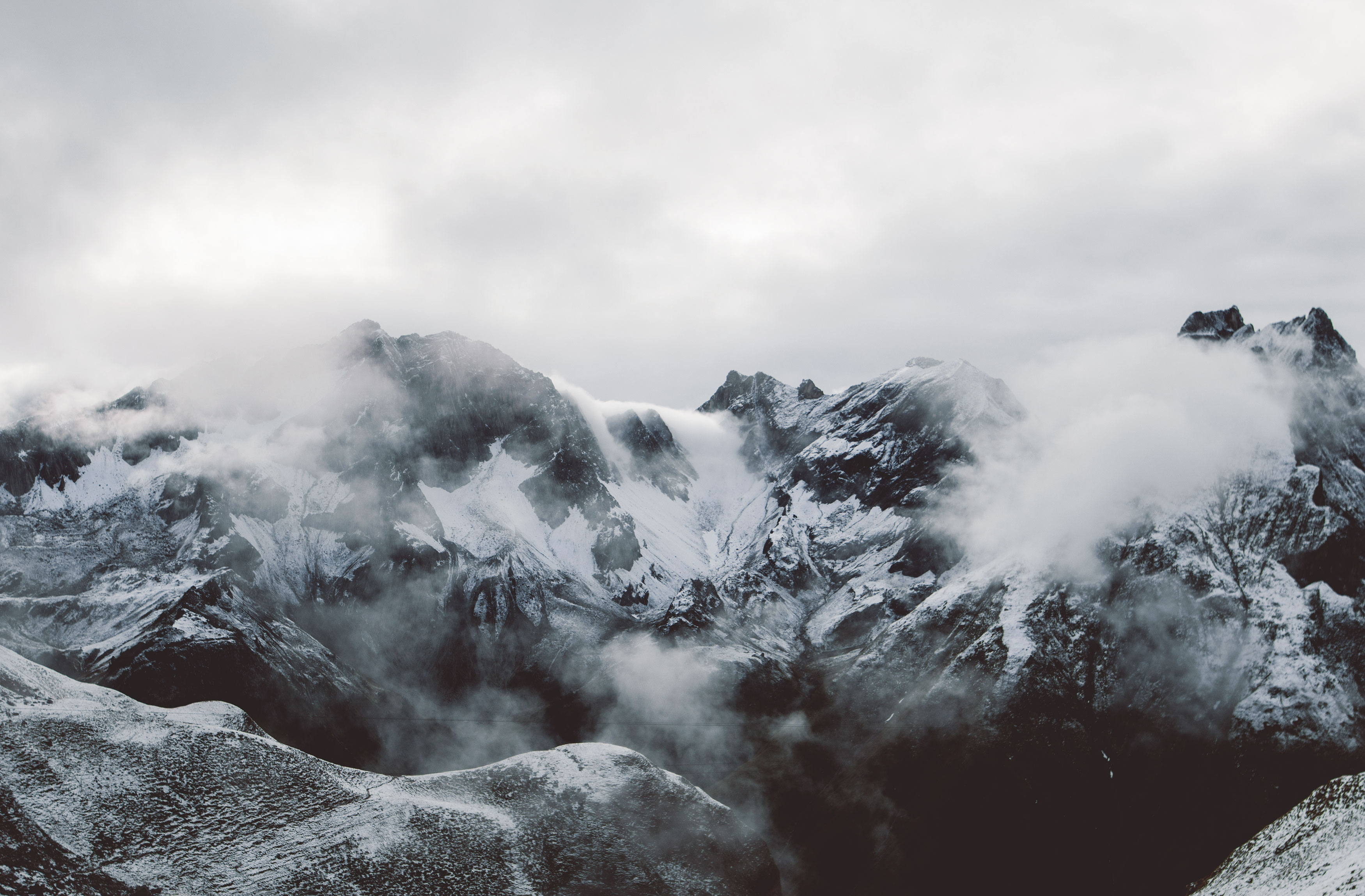 And here are some more impressions from that day: 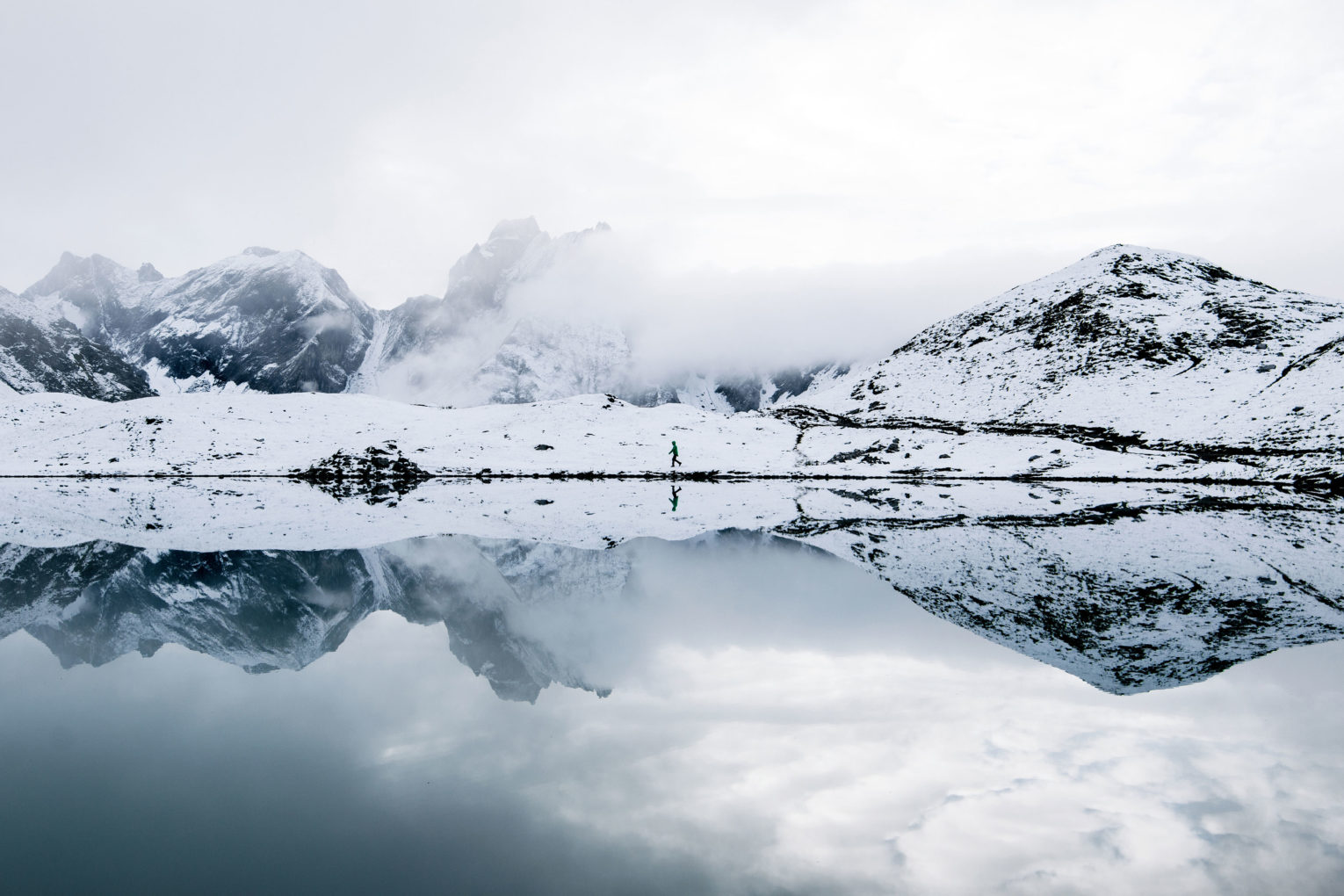 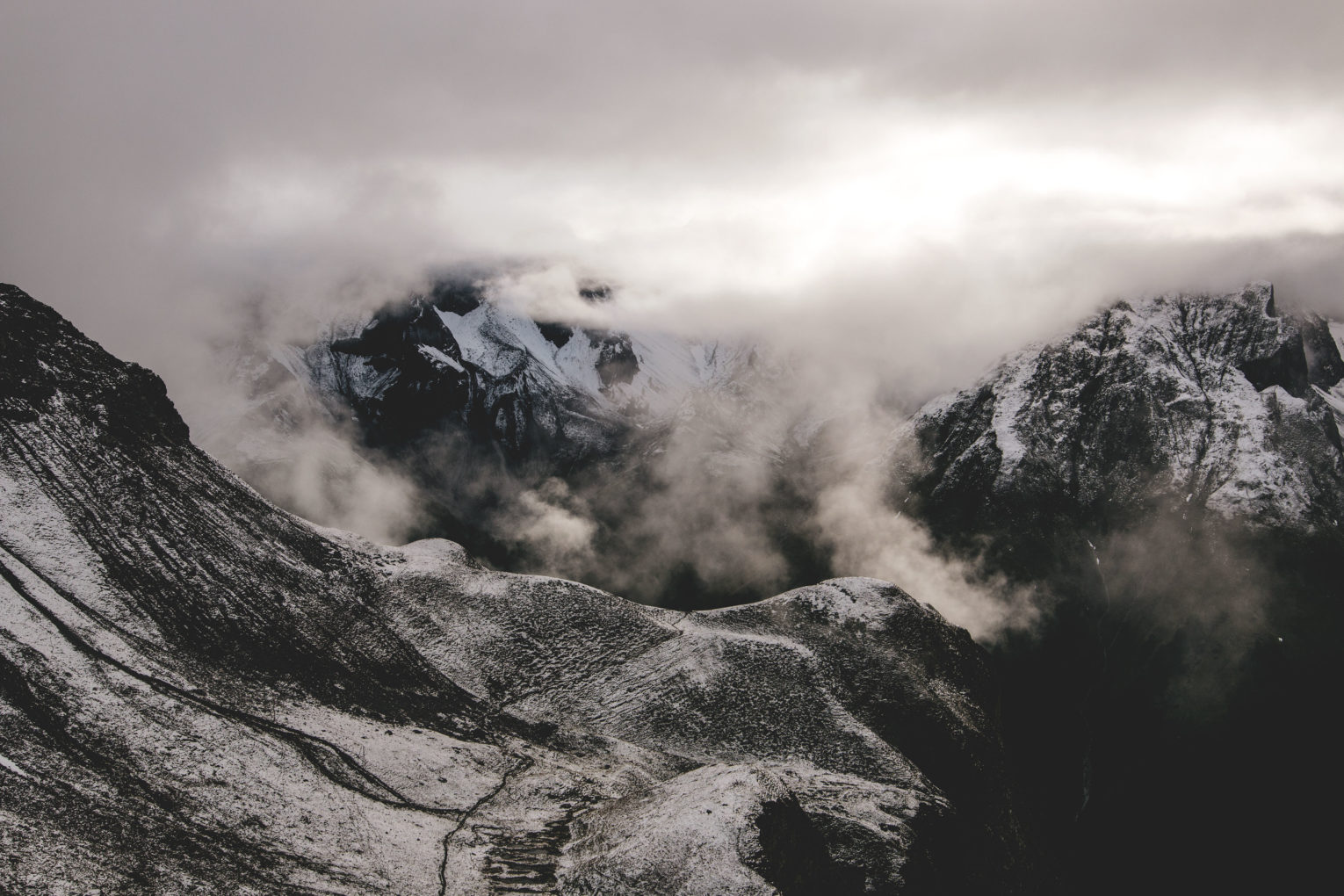 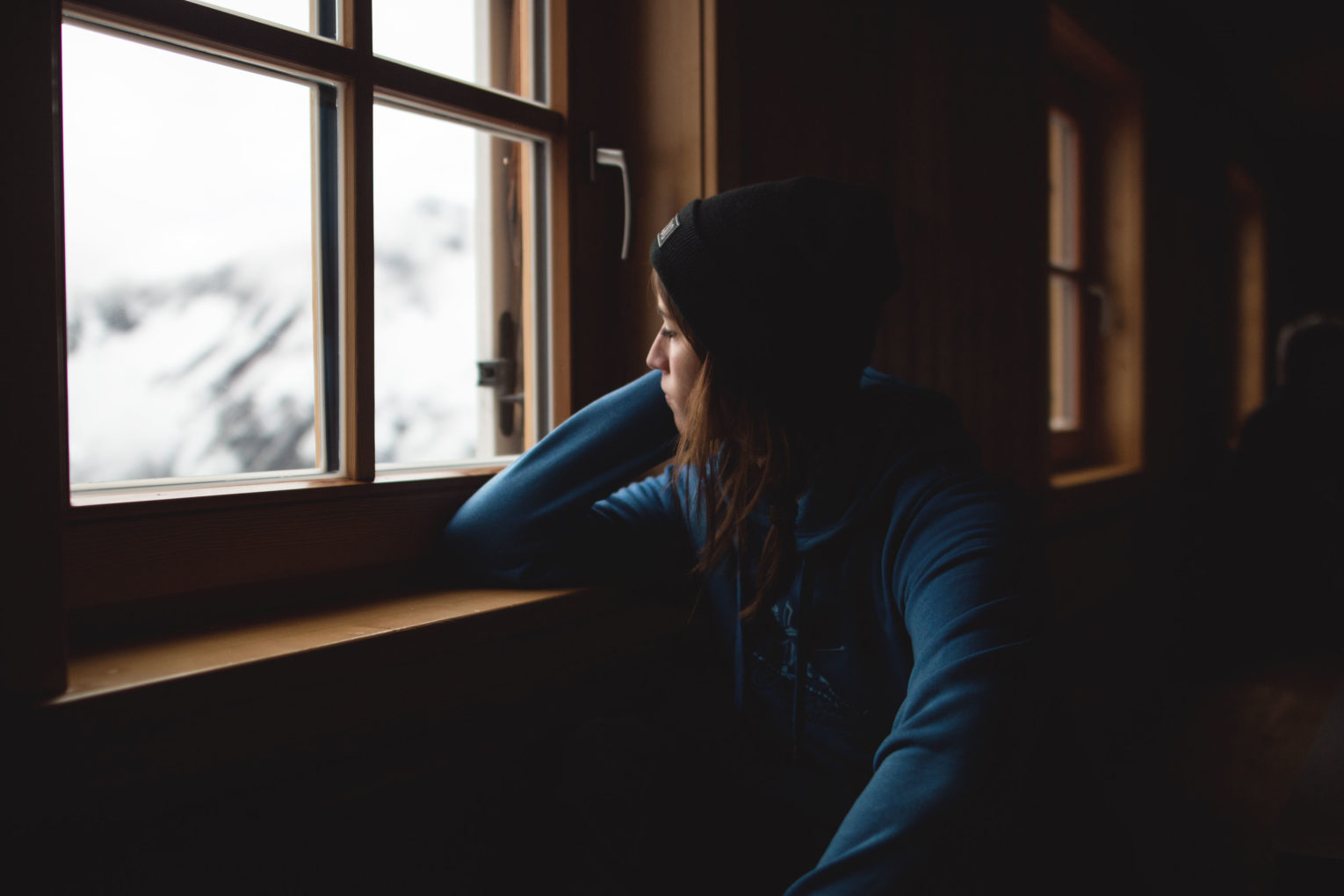 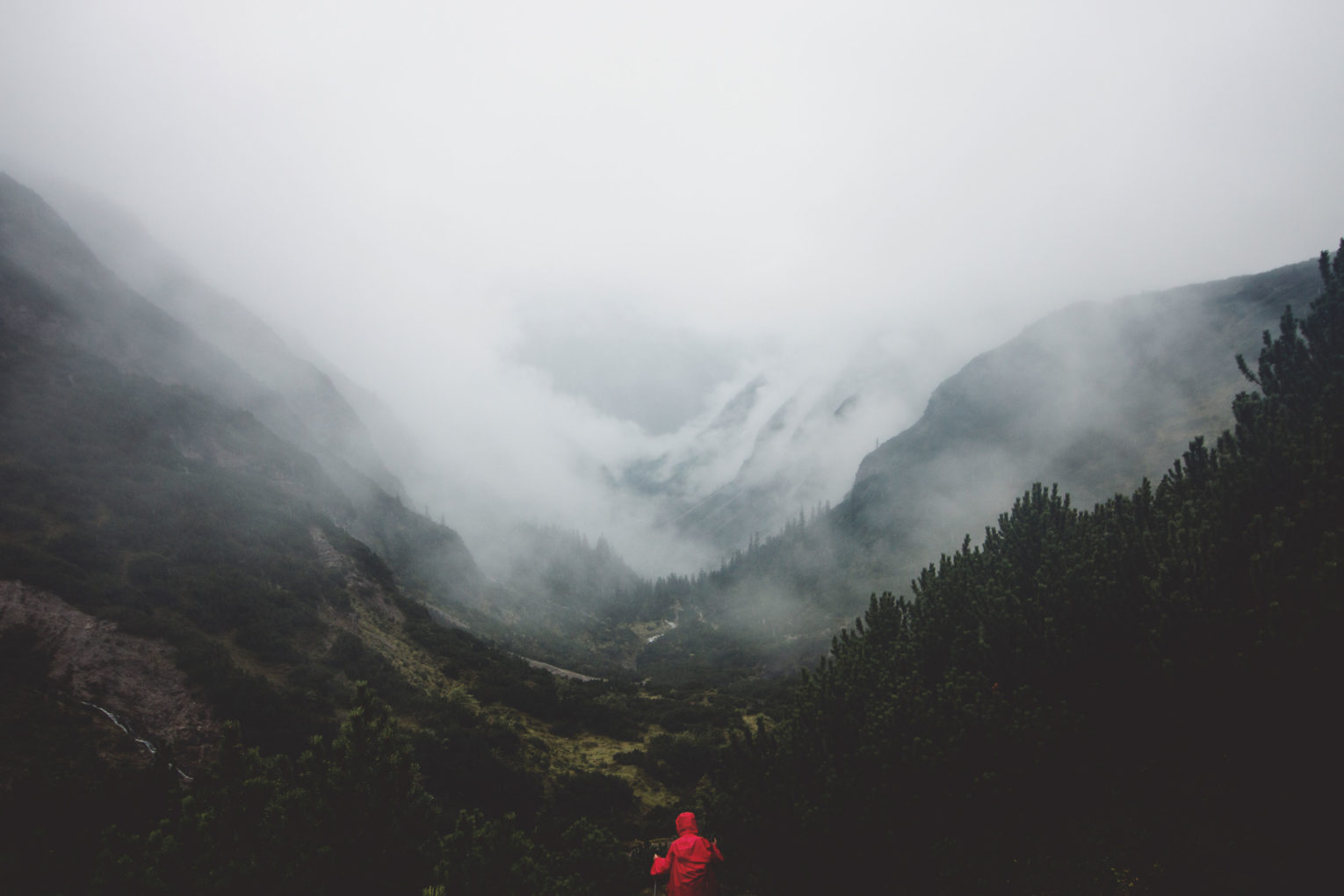 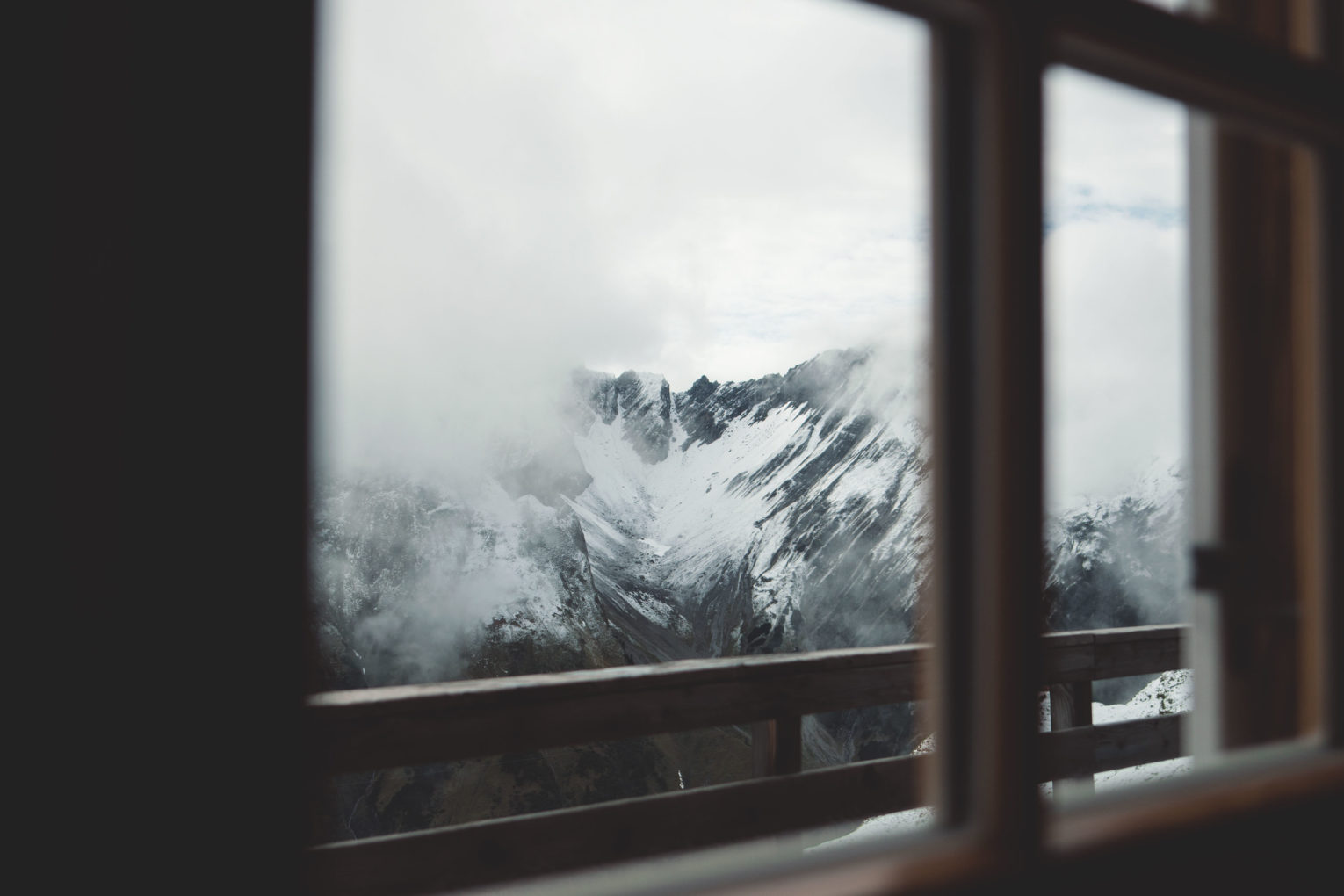 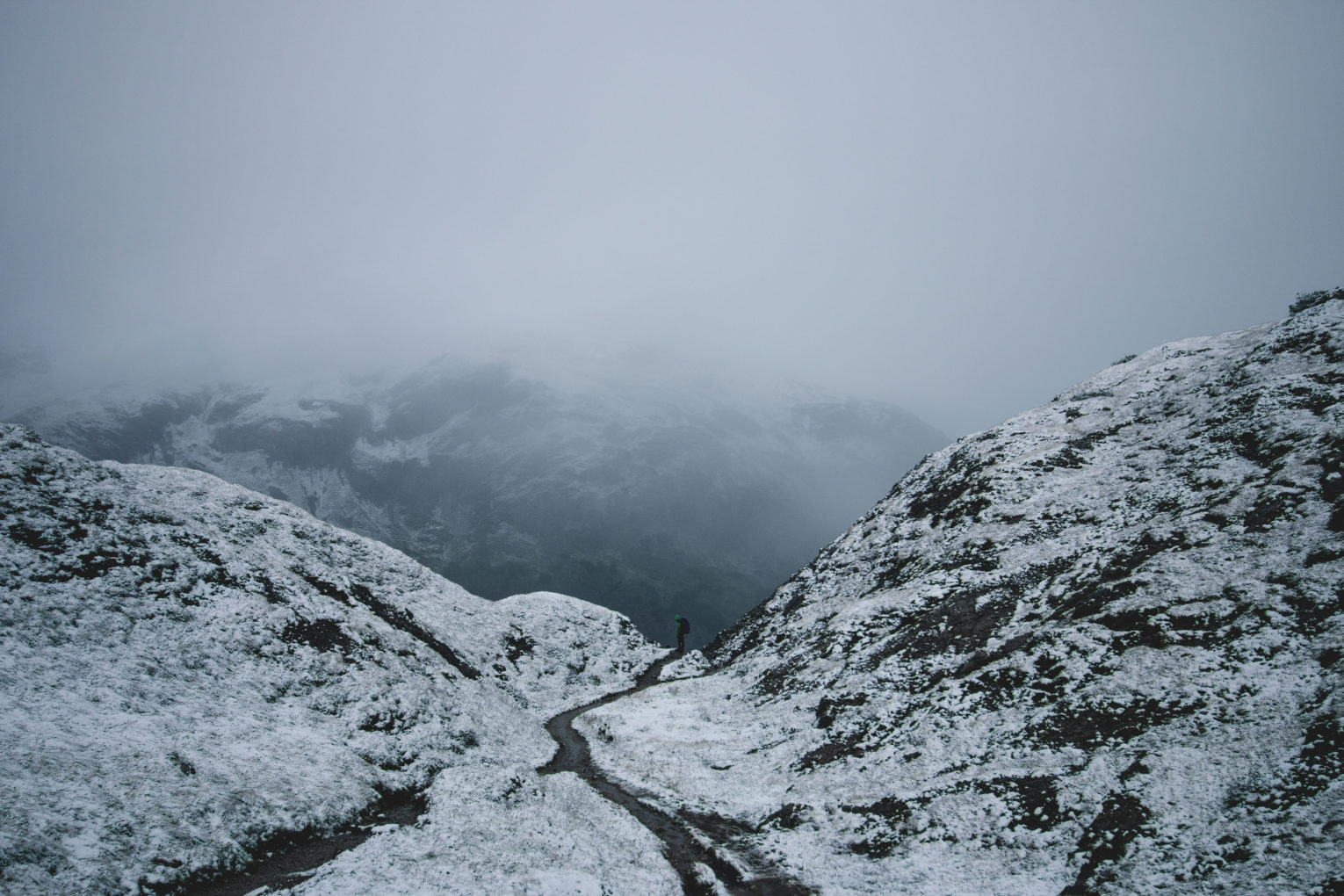 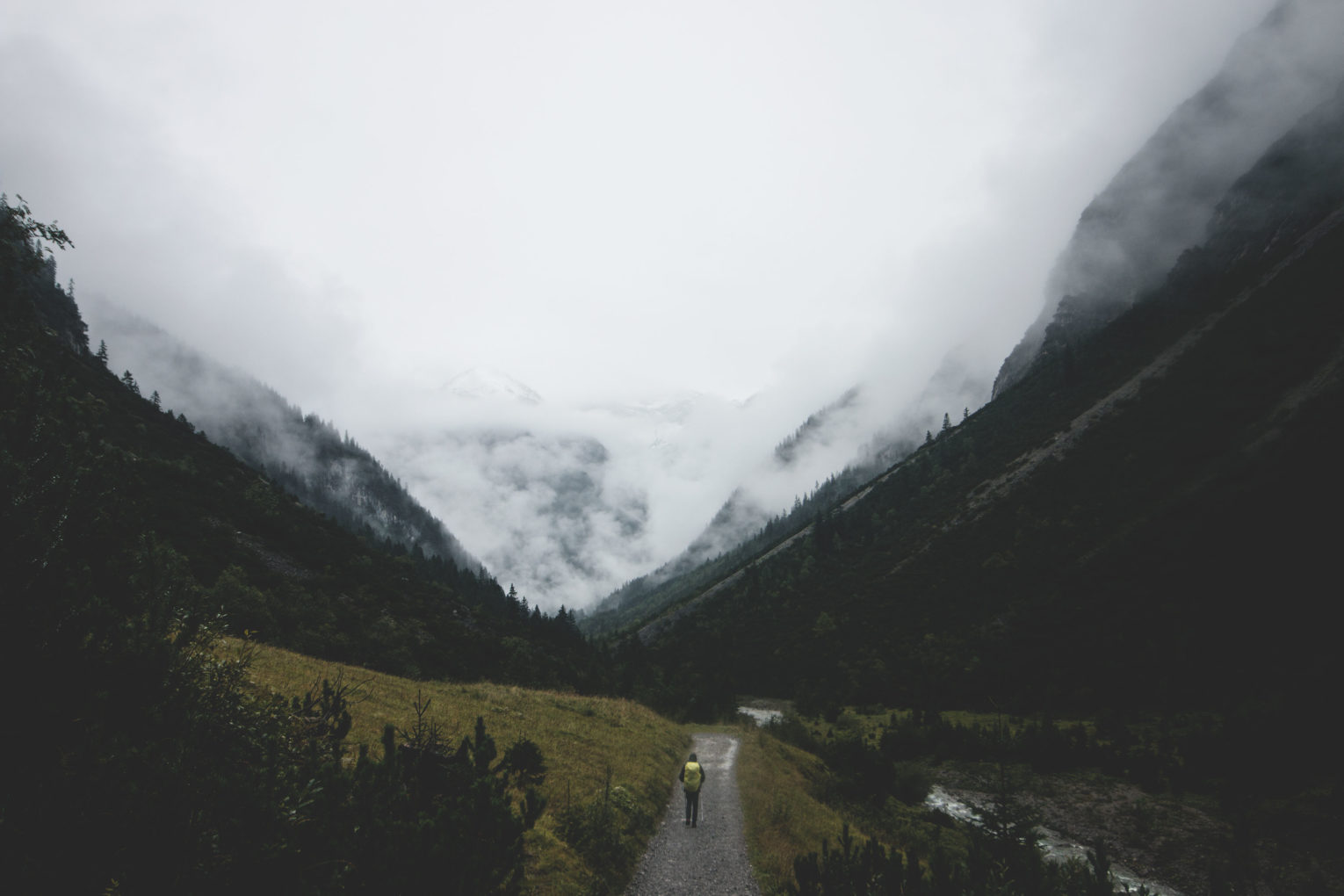 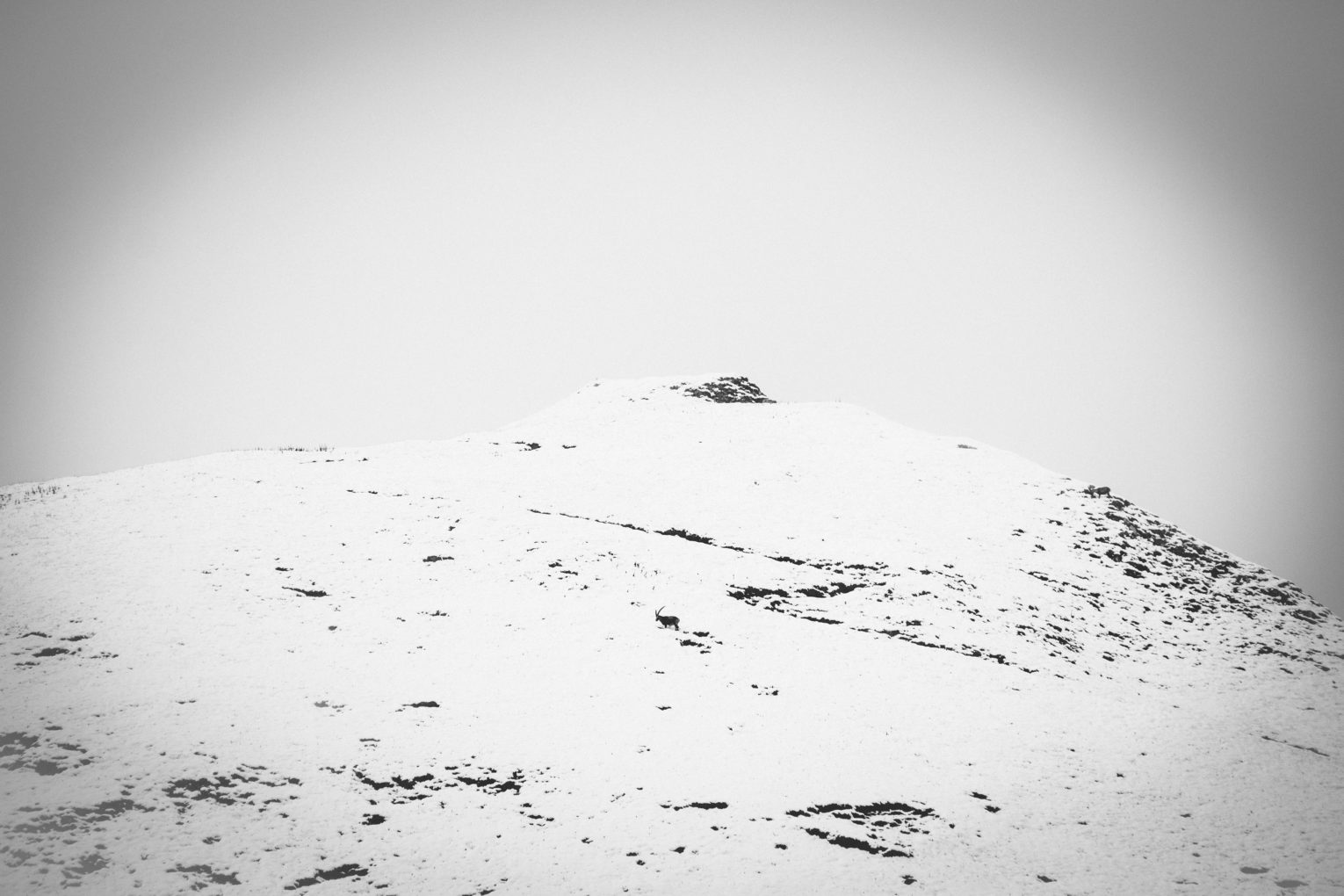 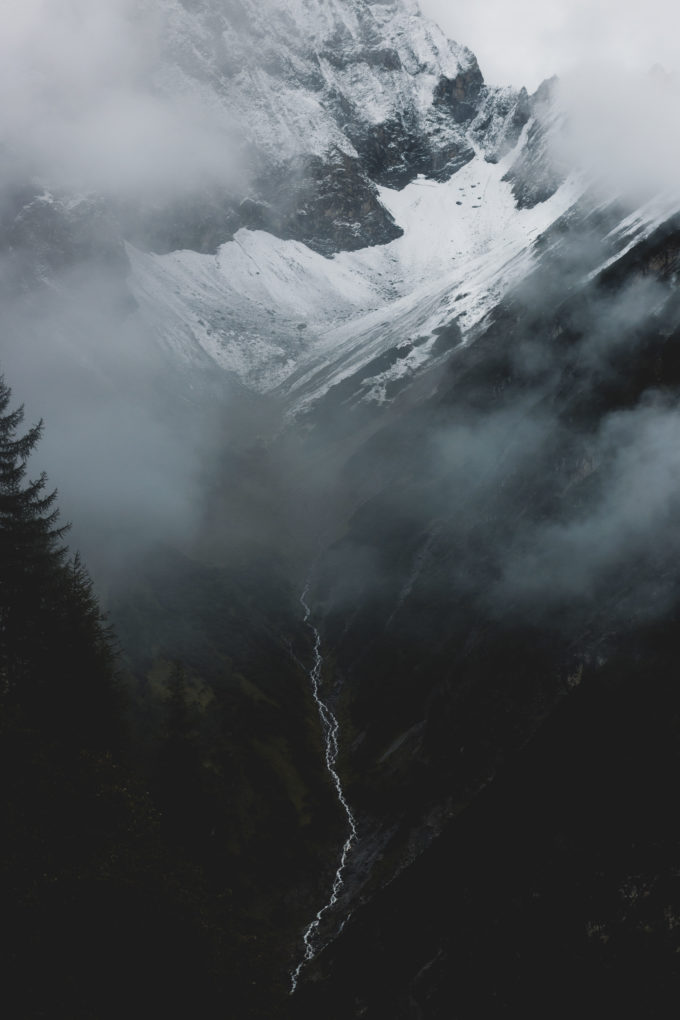 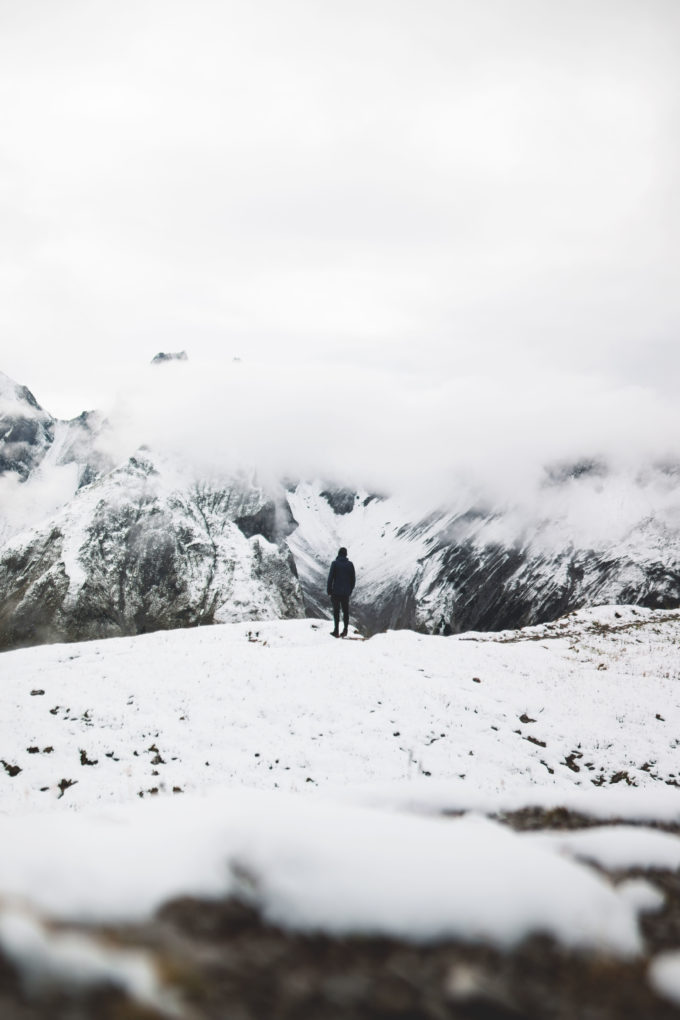 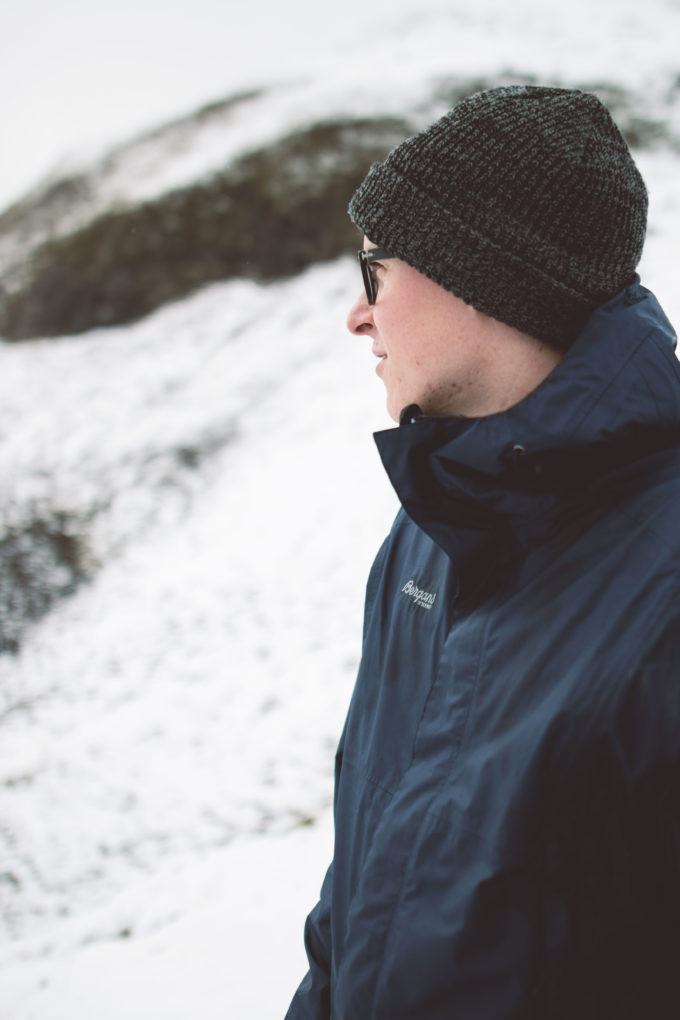 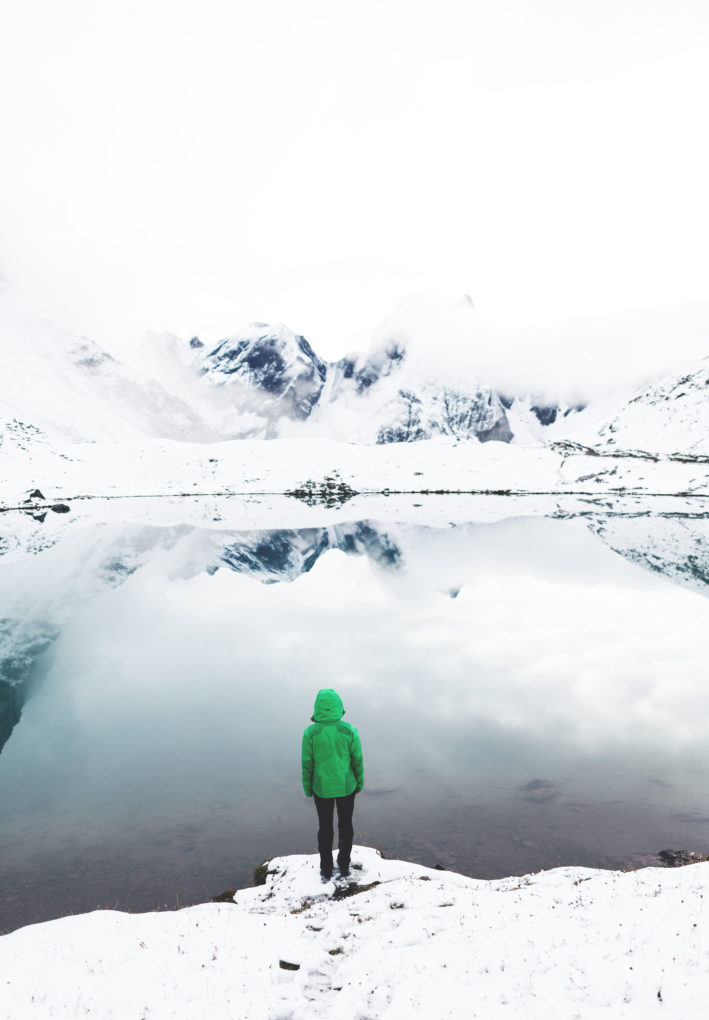 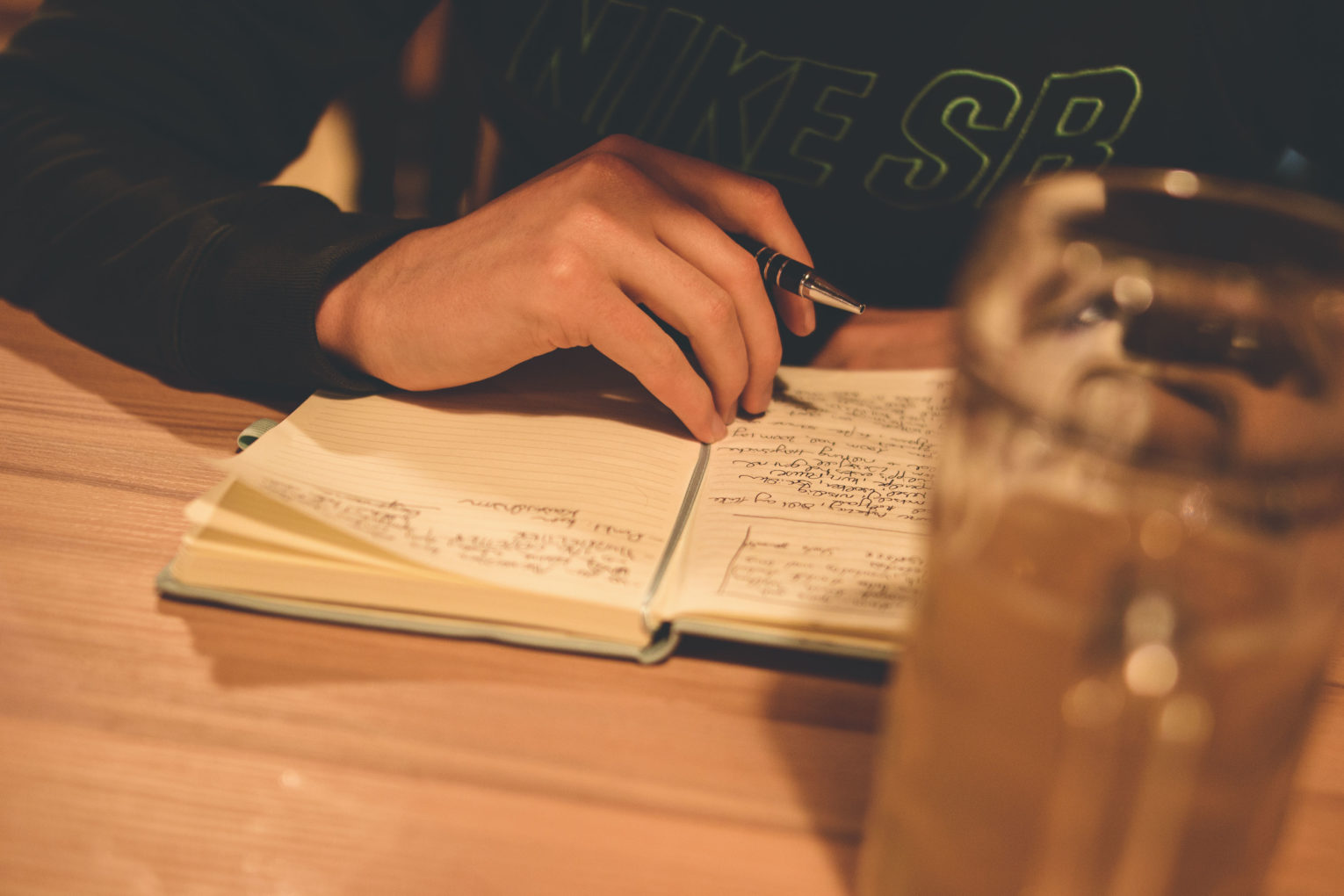 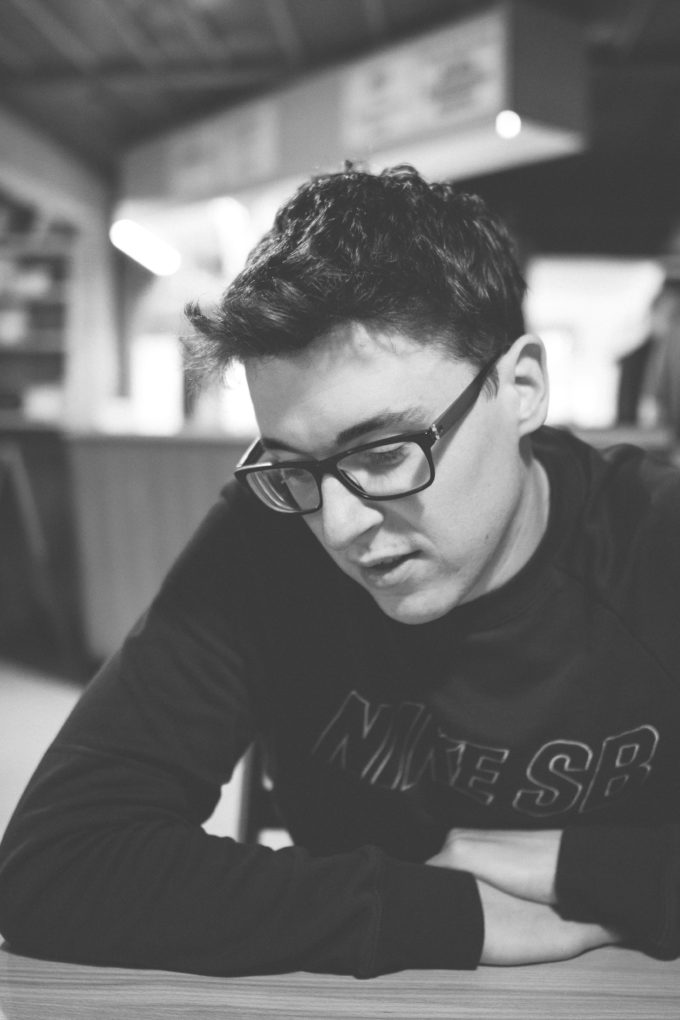 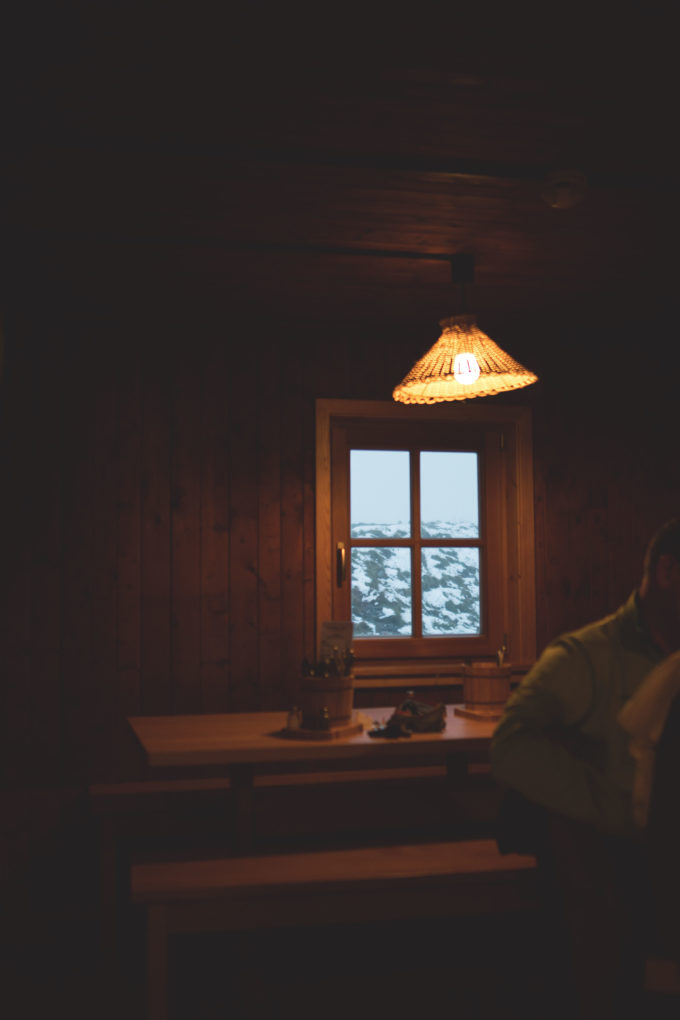 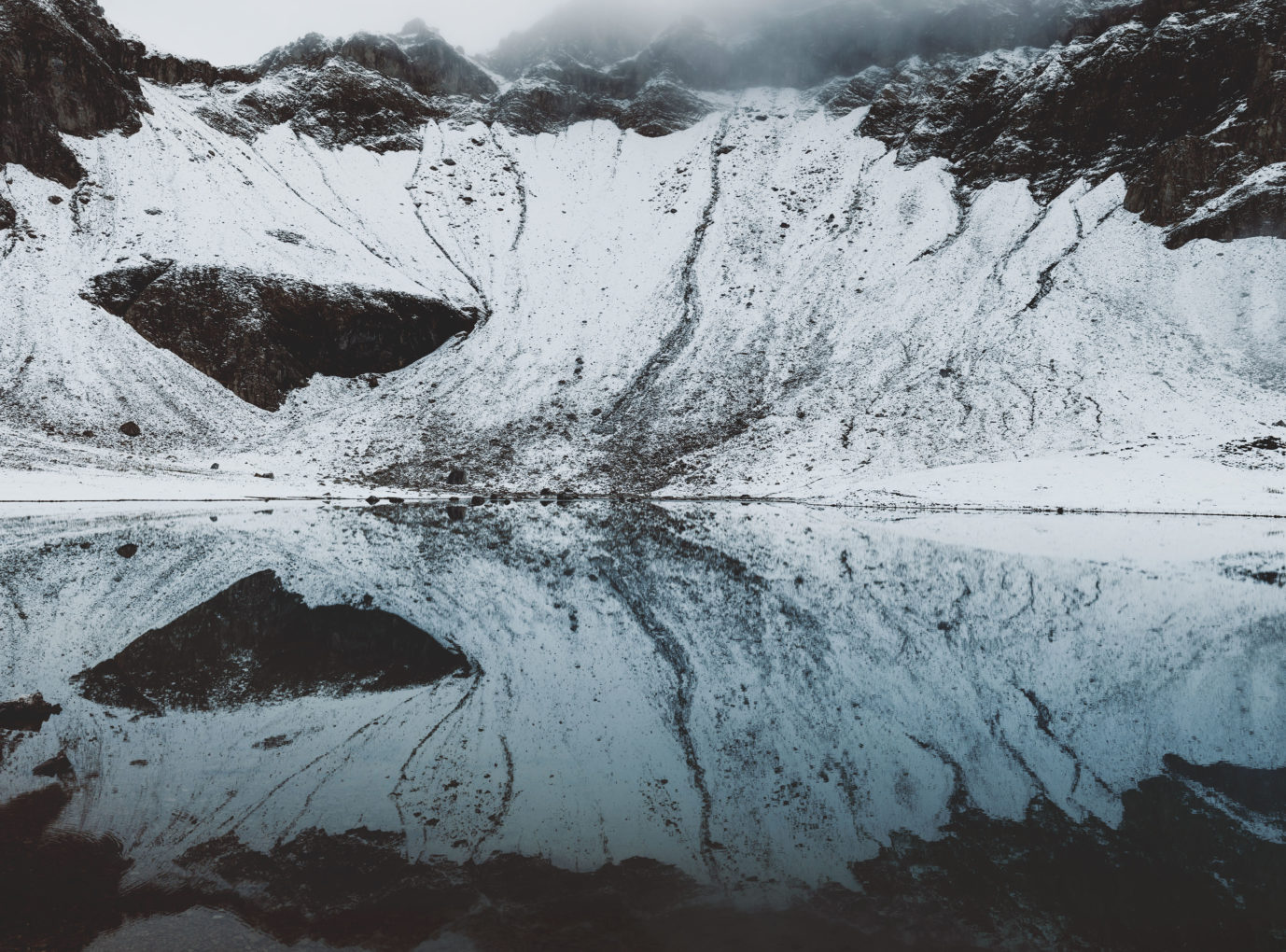 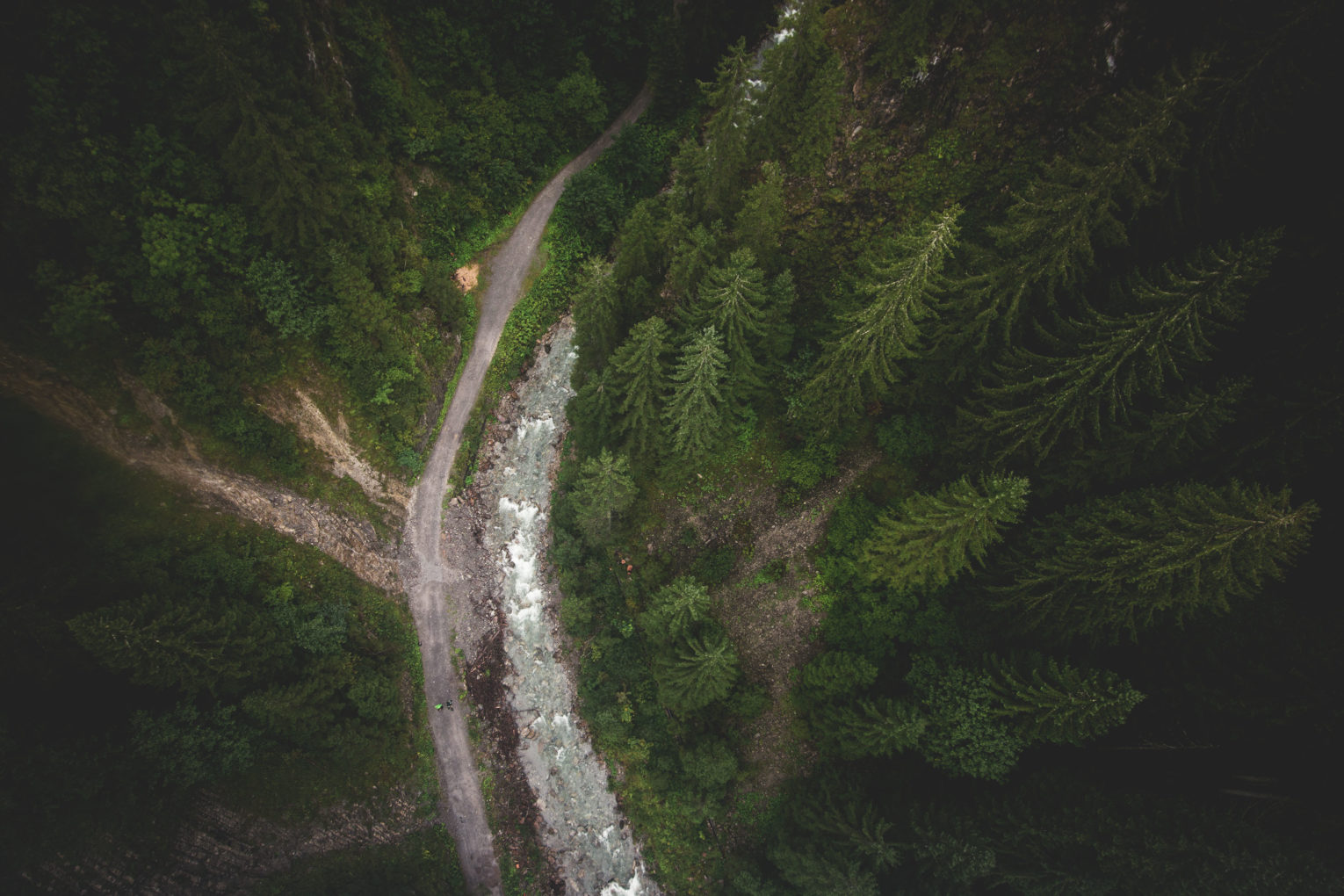