Finally. Here’s my last diary entry of our six-day-adventure in the Alps. If you haven’t read about days one to five you can do that here.

Ever since we started the E5 I had been dreading the day I would wake up to a hundred blisters adorning my feet with the unpleasant prospect of having to slide painfully back into my hiking boots. Luckily that day never came. Neither Philipp nor me had to use a single one of the band-aids we had brought with us. Dear hiking boots, I owe you a lot! 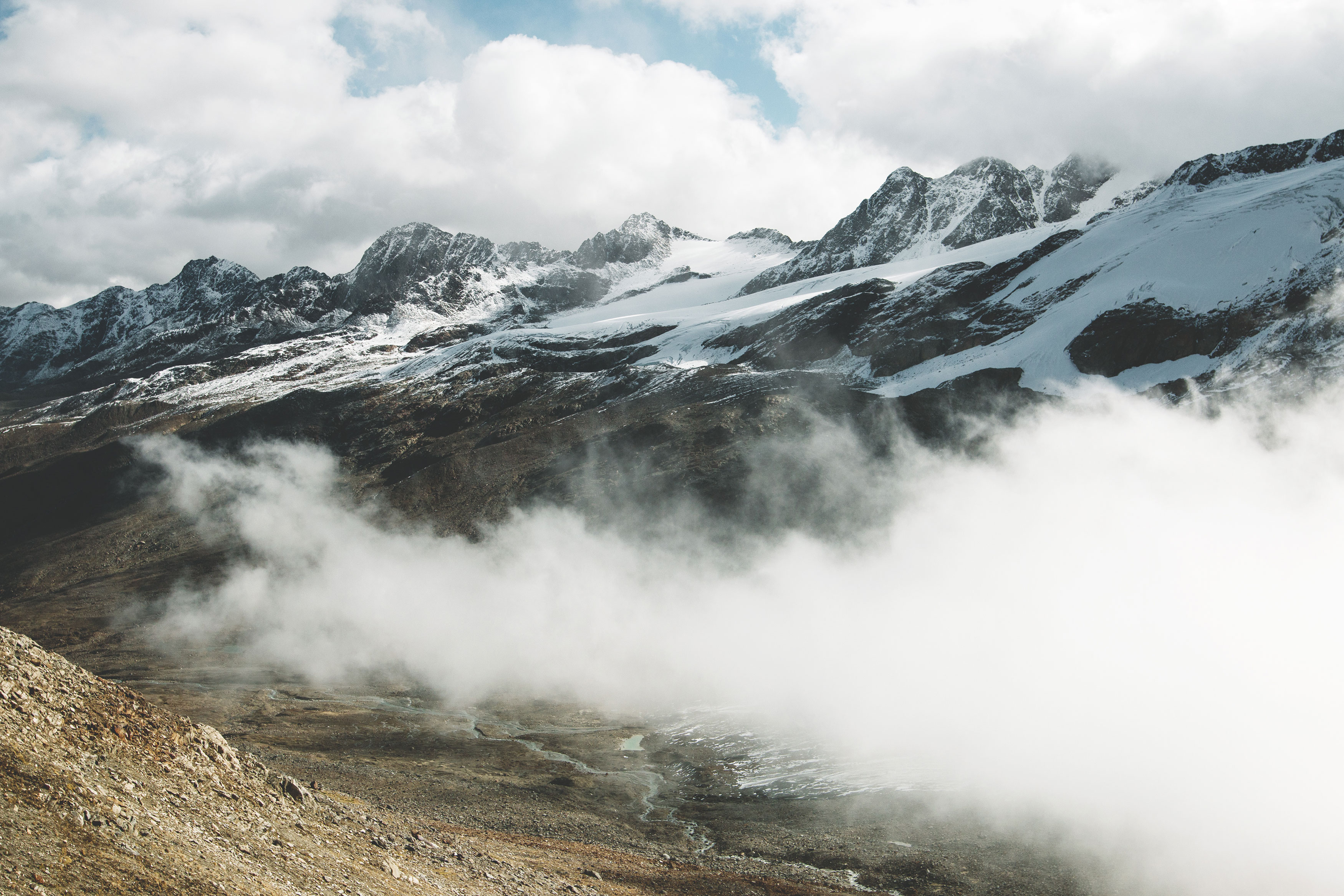 After yesterday’s long hike I was sure that day would be today, but we were both fine when we woke up bright and early this morning. Before we headed back out again we took our time enjoying our breakfast because today’s leg wouldn’t be too long. After hot chocolate and some sandwiches we were finally ready to say „Merano, here we come!“

Very unusual the hike started with a descent and I’m not complaining. It made for a nice change. Even the weather meant well and gave us sunshine and a blue sky. It was still cold outside, as most of the valley was still in shadow. When we got to a small bridge that crossed over a rushing stream, we went left and the track zigzagged back up the mountainside again. 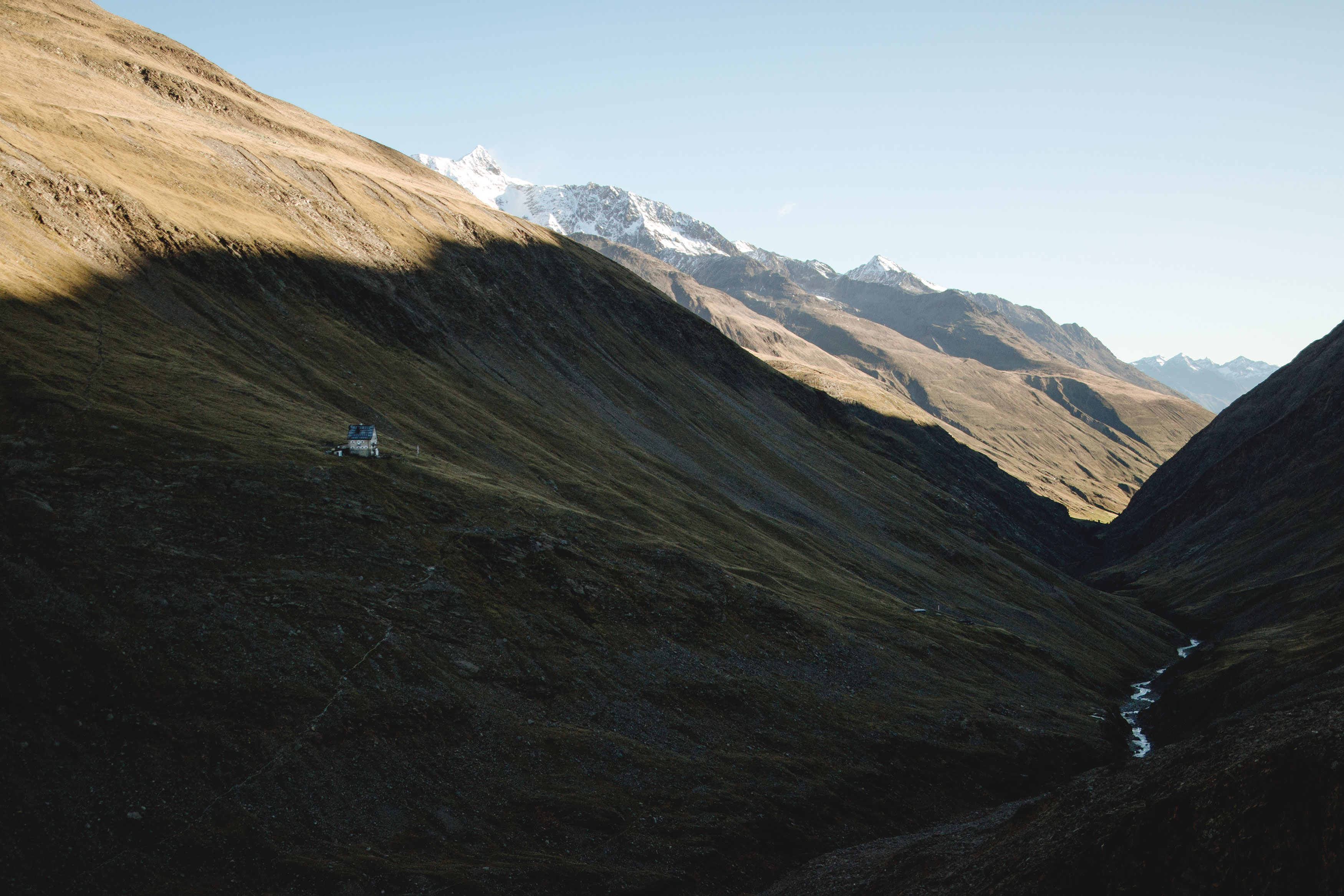 After a few minutes we broke out of the shadows and into the blazing sunlight which welcomed us with a pleasant warmth. The track was level and not too difficult here so we were making quick progress. Nevertheless a group of way too motivated (in my opinion) students overtook us, which frustrated me a teensy little bit. I know that it’s not a competition and that everyone’s got their own speed when hiking which is good. After all it’s about enjoying yourself and the views. But if you’re that little bit of an ambitious athlete it might happen that you react a bit put out. Like me.

Good thing I had Philipp with me, who still was a bit faster than me but kept on encouraging me to just keep on going. 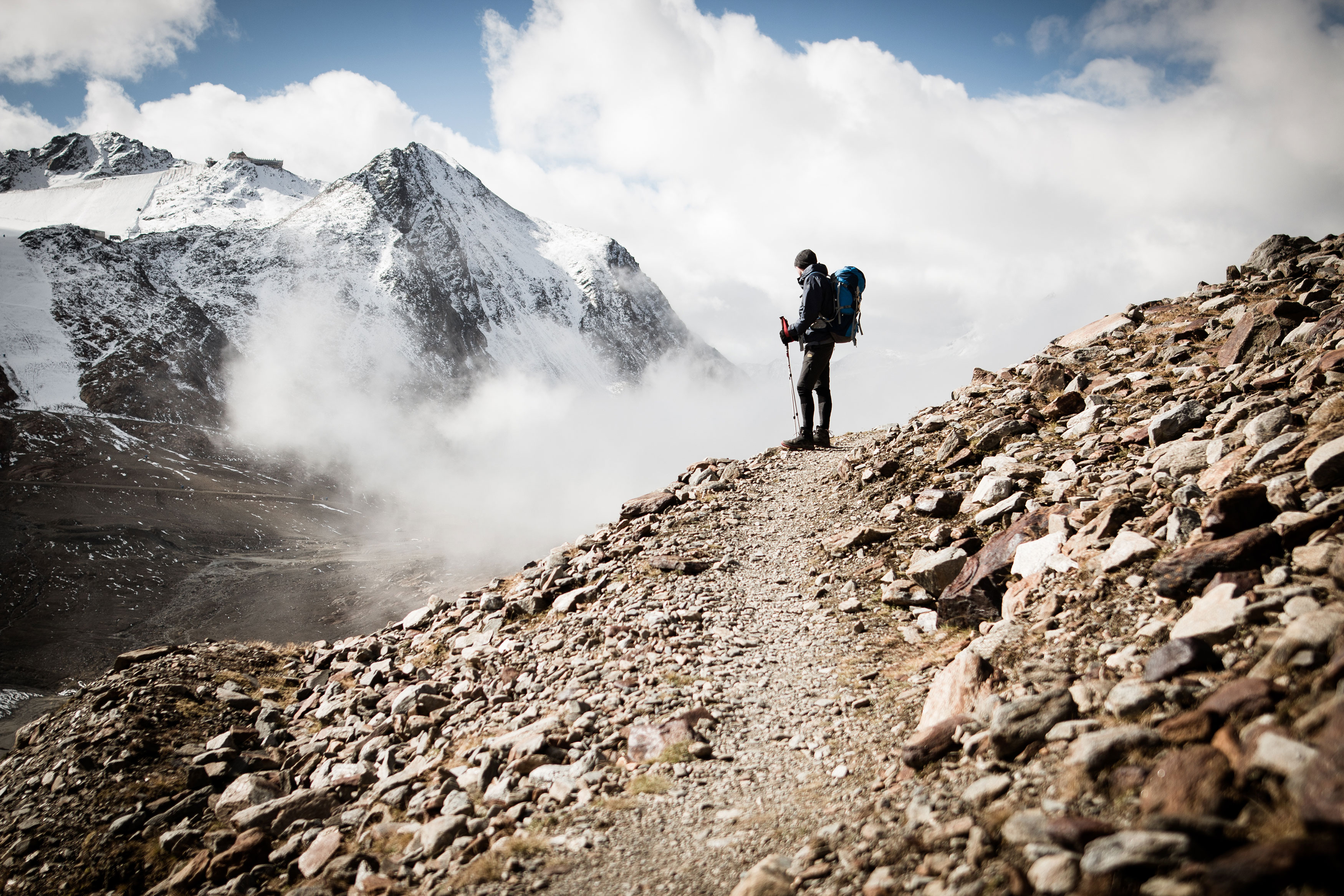 What he didn’t expect was me going absolutely mental at all the scree making up big parts of the track. Even though I was my most vigorous self this morning when we started hiking, an hour later I could feel the last five days in my legs, shoulders and basically every part of my body. That, combined with the fact that my hiking poles constantly got stuck between the scree, made my mood sink below zero. When one of the poles was especially stubborn and wouldn’t budge, not even a centimeter, I got mad. So mad that I used all my force to pull it out – and bent it. Now I had a useless hiking pole and tears in my eyes. Darn it, Alpine Crossing!

The track kept on meandering along the side of the mountain and ever so slowly we got closer to the peaks and glaciers we had been hiking towards. 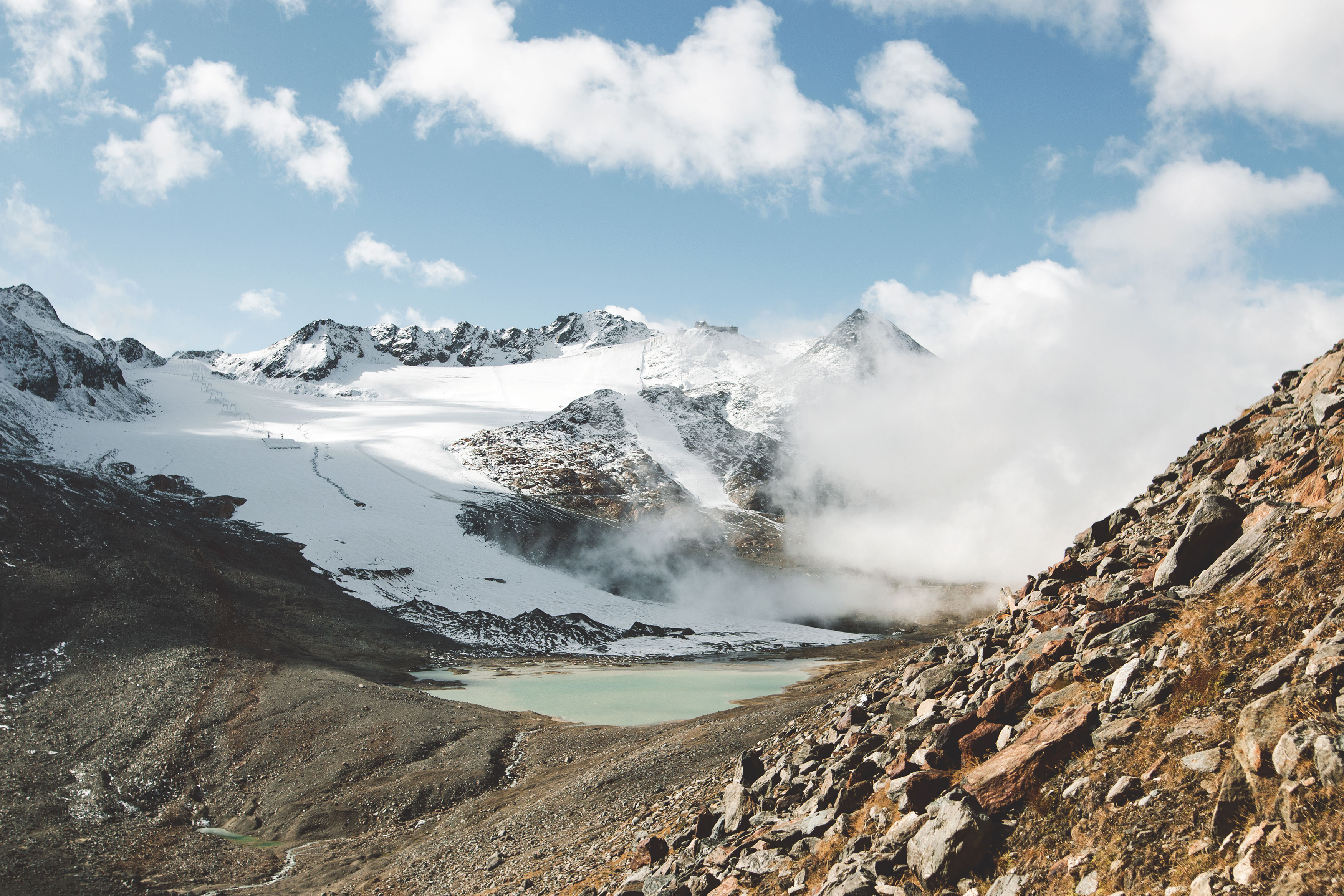 Our next stop was Refugio Bellavista at 2845 m, which is situated right after the border from Austria to Italy. Ironically be walked straight into a sea of clouds before reaching the hut. No bella vistas for us. The wind was picking up as well and the temperatures dropped dramatically so we decided to take a little break and headed into the cosiness of the hut.

To my delight they had Kaiserschmarrn on the menu (if you read about day 4 of the Alpine Crossing you’ll know all about my obsession) and in next to no time I was happy again. When the clouds lifted once more we embarked on the very last leg of the Alpine Crossing: two hours downhill hiking to the little town of Kurzras, South Tyrol.

The mountains now surrounding us were massive, their peaks lost in the clouds which made us feel like two minuscule, insignificant ants. The only living creatures we met on our way down were a few ibexes, lying in the grass a few feet away from the track. I wasn’t sure wether we could stop and observe them but their horns do look slightly intimidating so we didn’t linger.

Luckily this descent had nothing in common with the one down to Zams on our third day. The E5 proceeded gently downwards, there was less scree, and Philipp and me spent most of the time talking about this and that. Something we weren’t really able to do the days before as we were usually too busy breathing. 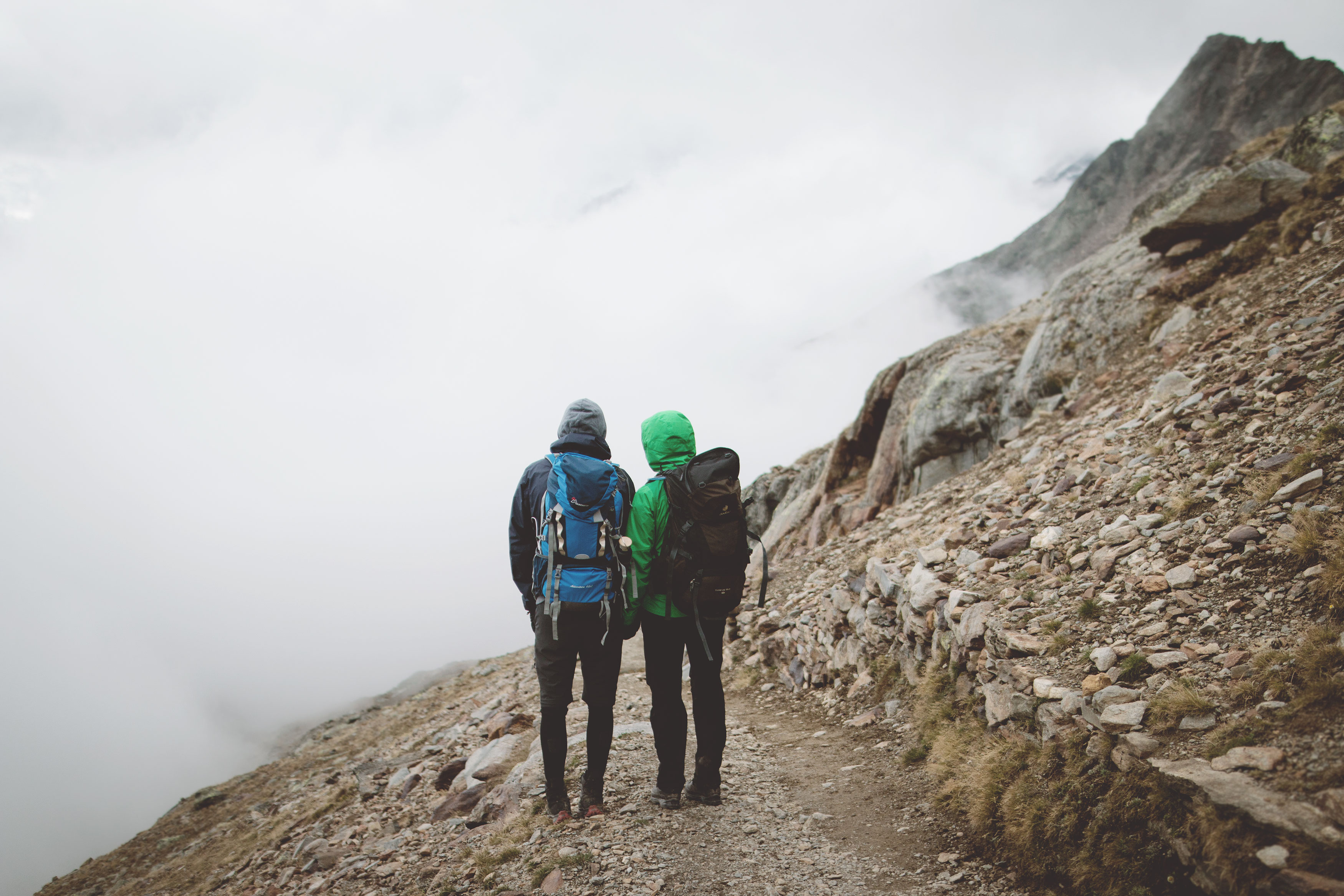 And then Kurzras was right below us. We thought how great it would be, if someone stood down there, waiting for us to arrive and handing over a gold medal bearing the words „Alpine Crossing Conquerer, Oberstdorf – Merano, 80km“. We sure would have deserved one.

From there a bus took us to Naturns where we boarded a train to Merano. Well yes, theoretically we could have hiked to Merano as well but neither of us thought that a brilliant idea. Least of all our feet.

So Philipp and I made it! We hiked across the Alps! This is one of those adventures that we will talk about excitedly for the rest of our lives. And all the memories we made are memories you will never make while lying on the beach for six days straight. It’s memories of the joy we felt after reaching the mountain crest, of the peaceful silence that resides in the Alps, of evenings in warm and cosy huts. Memories of how exhaustion, sweat and tears can sometimes help us achieve the most crazy and wonderful things.

There’s one thing we agree on though: we won’t be doing this again any time soon. „Maybe when we are 40 years old,“ says Philipp. „To prove to ourselves that we still got it!“ Well, that sounds like a plan… 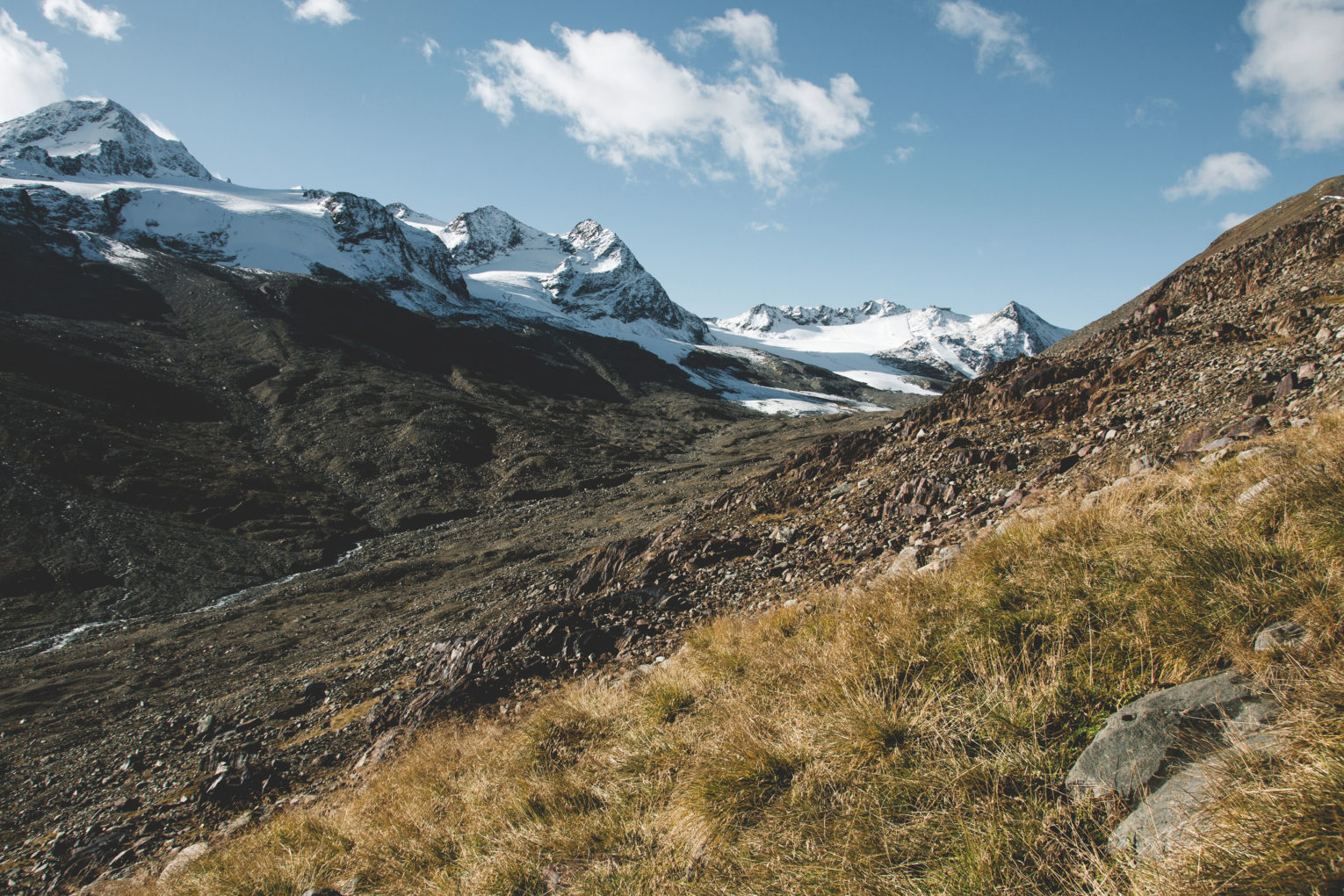 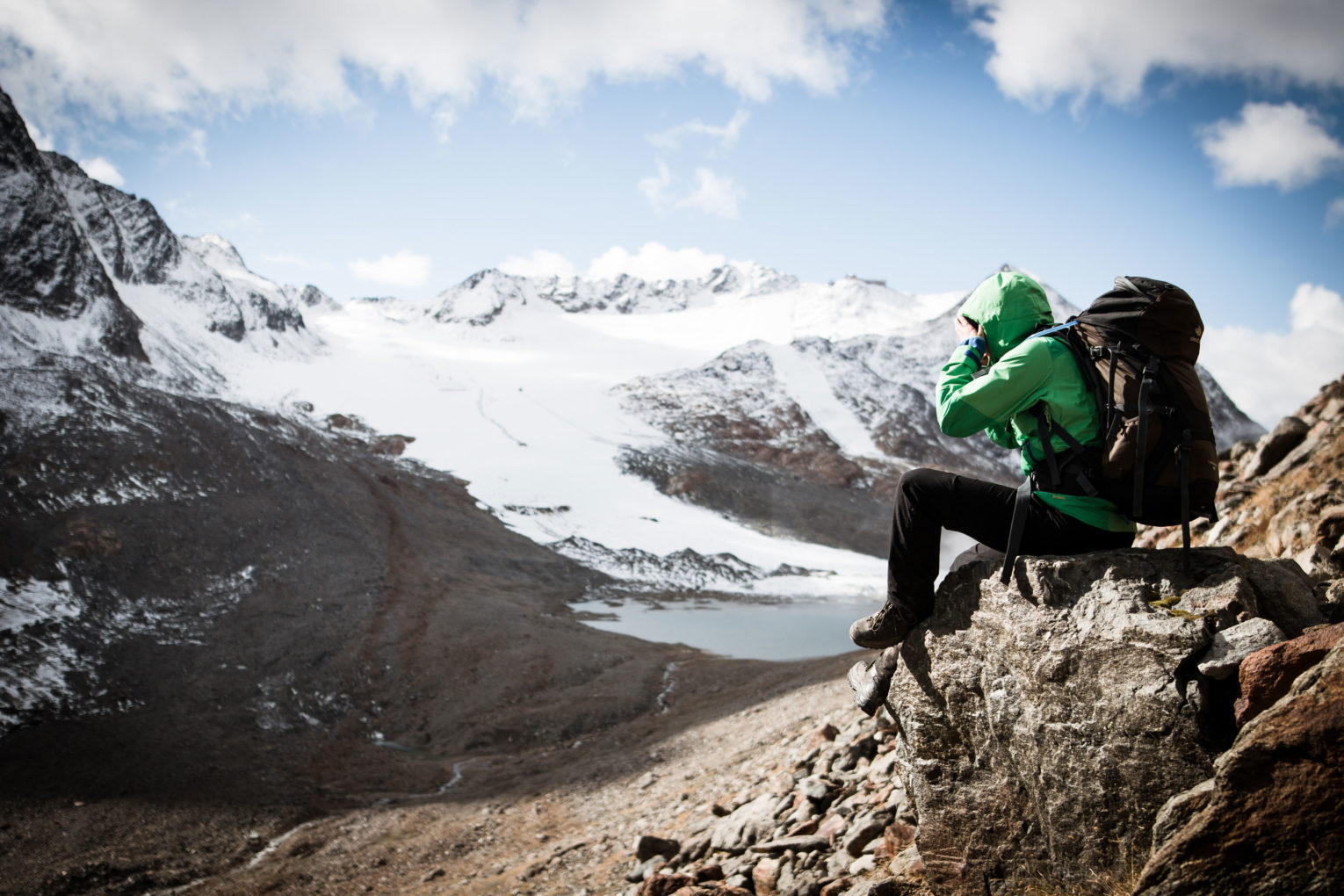 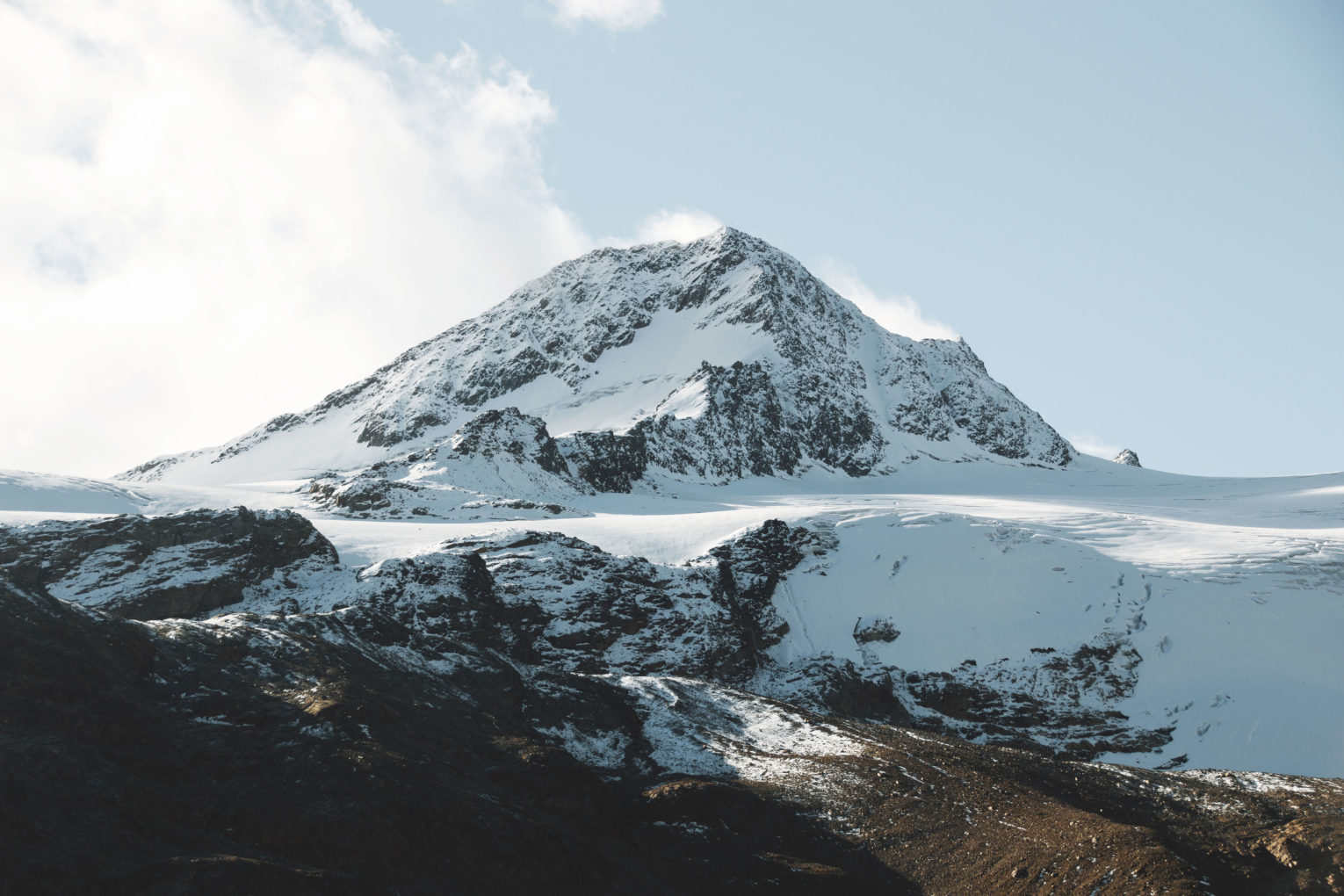 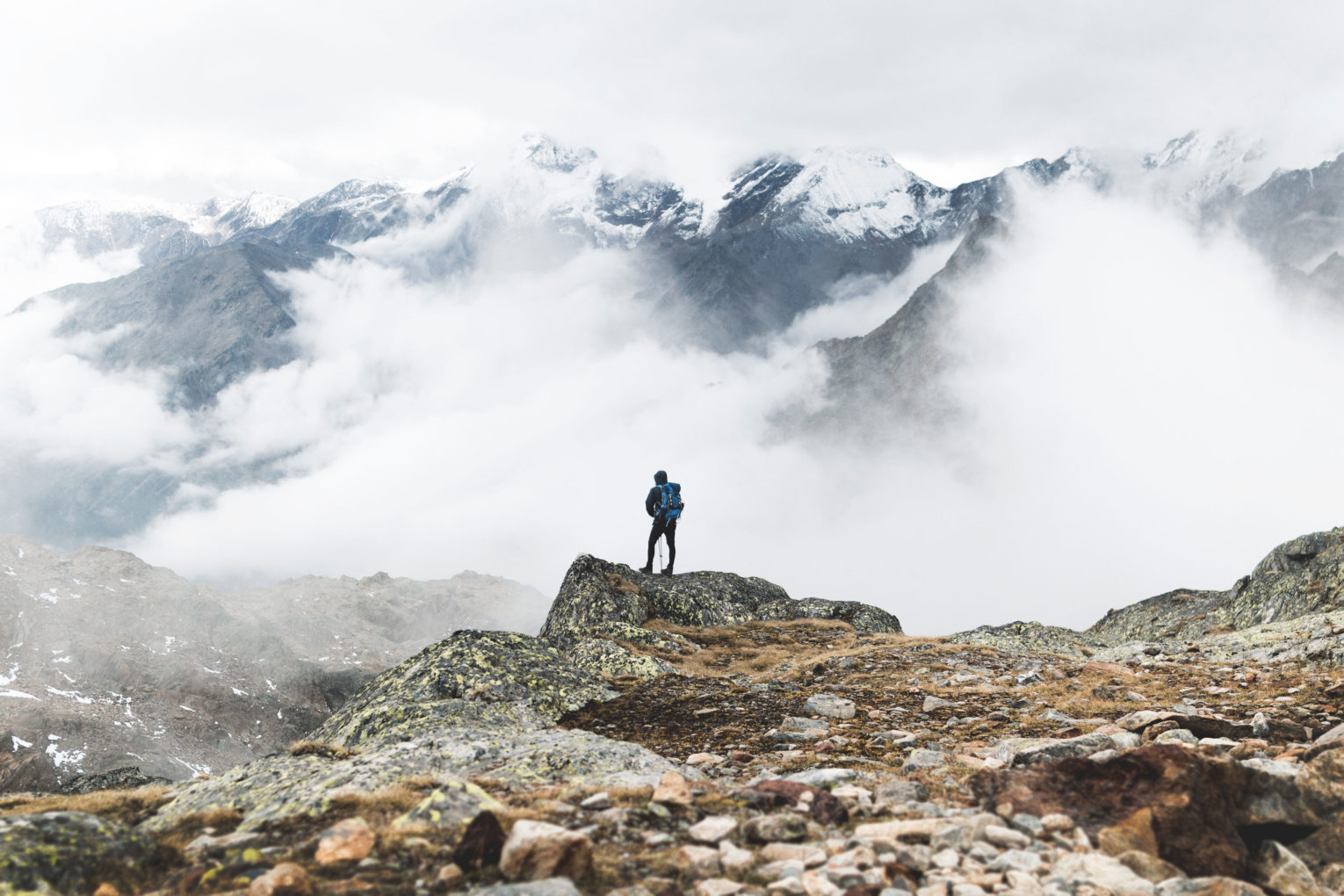 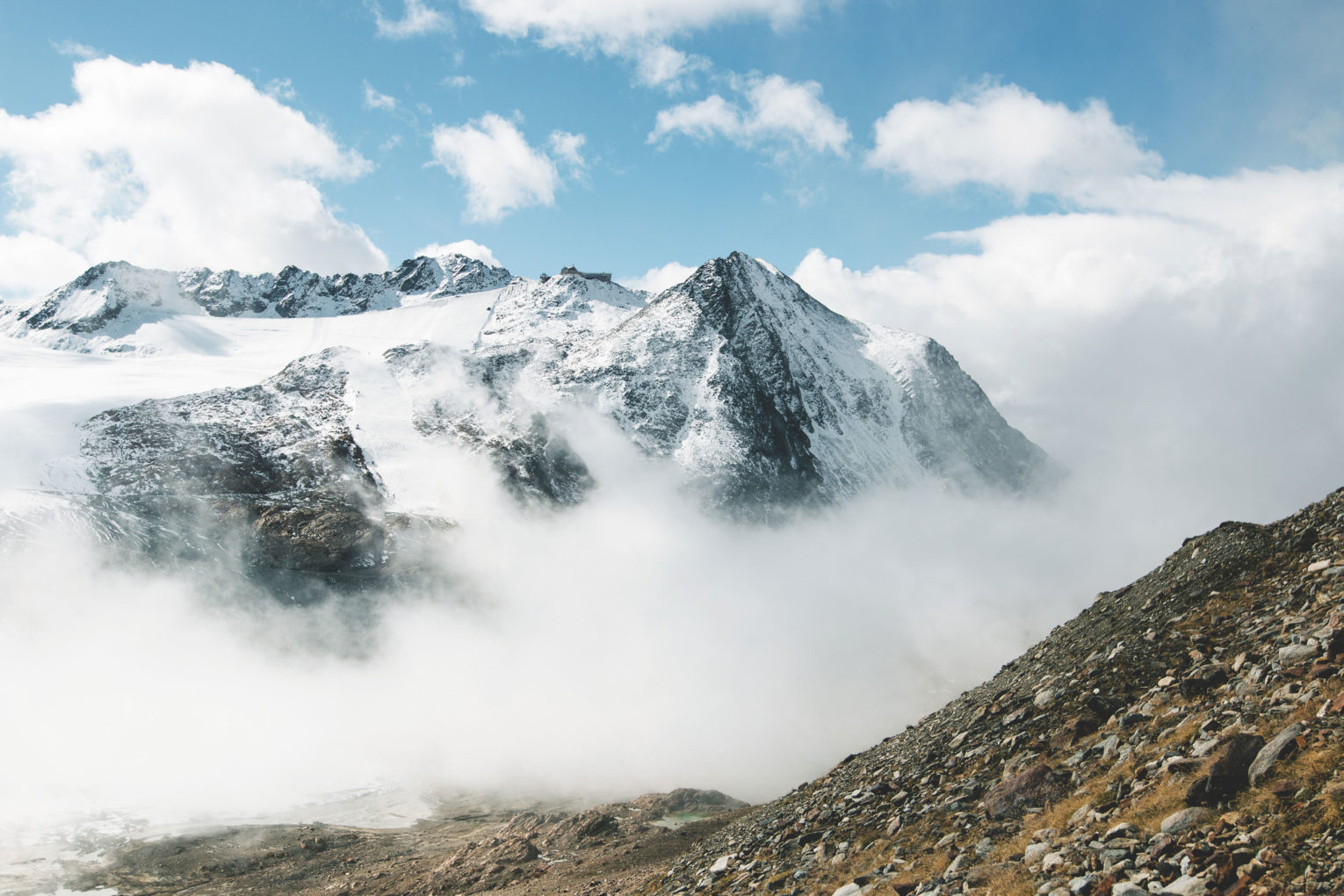 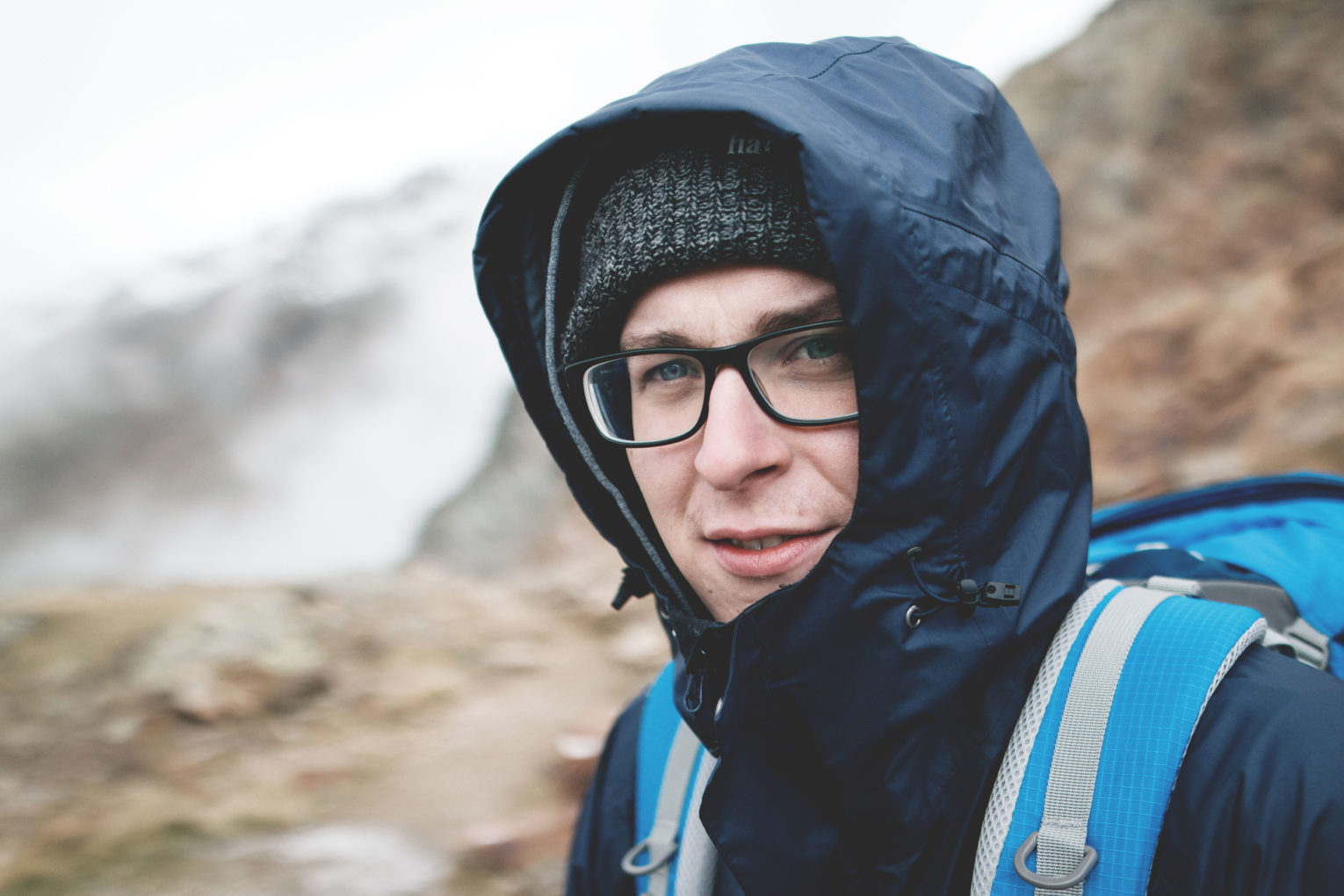 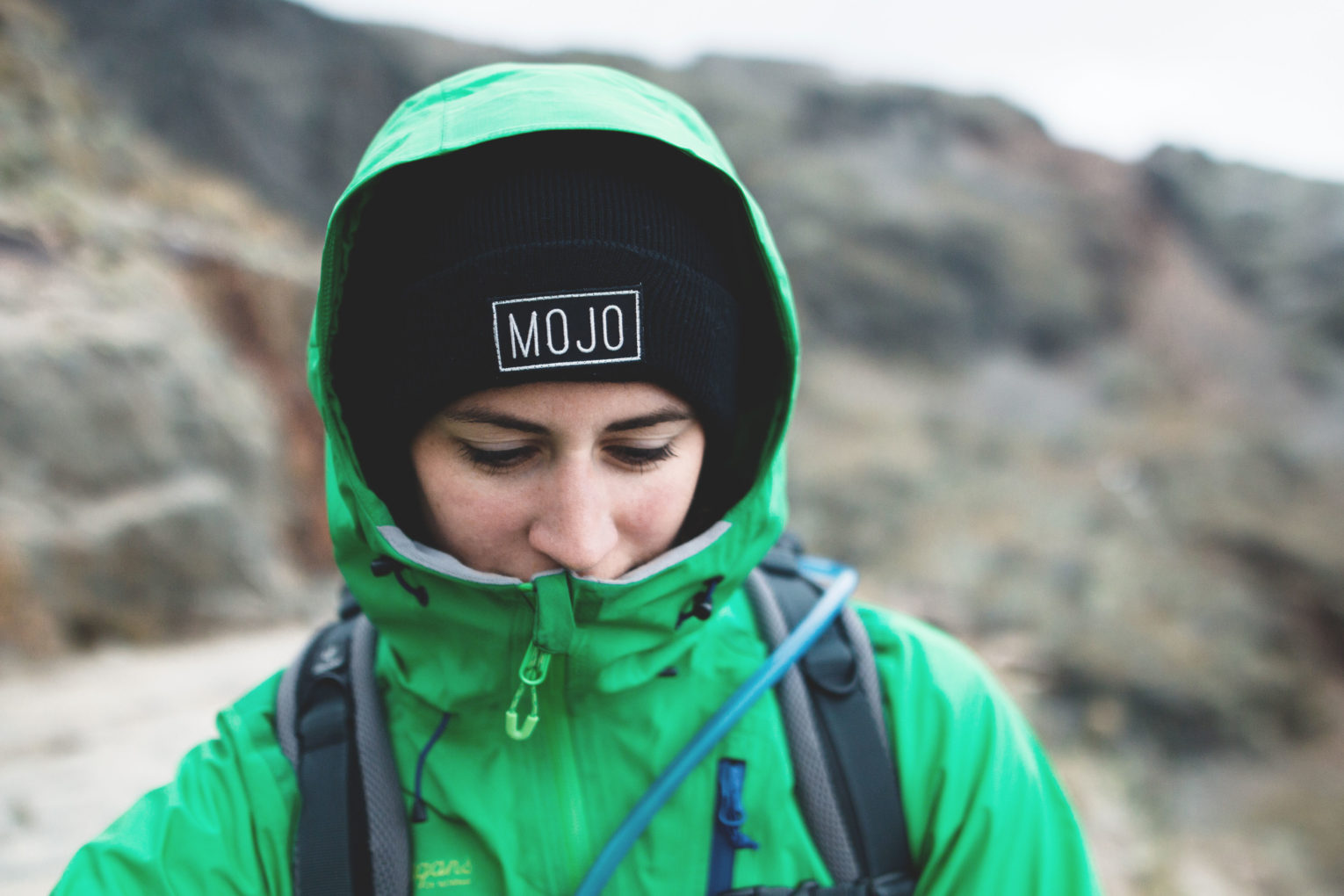 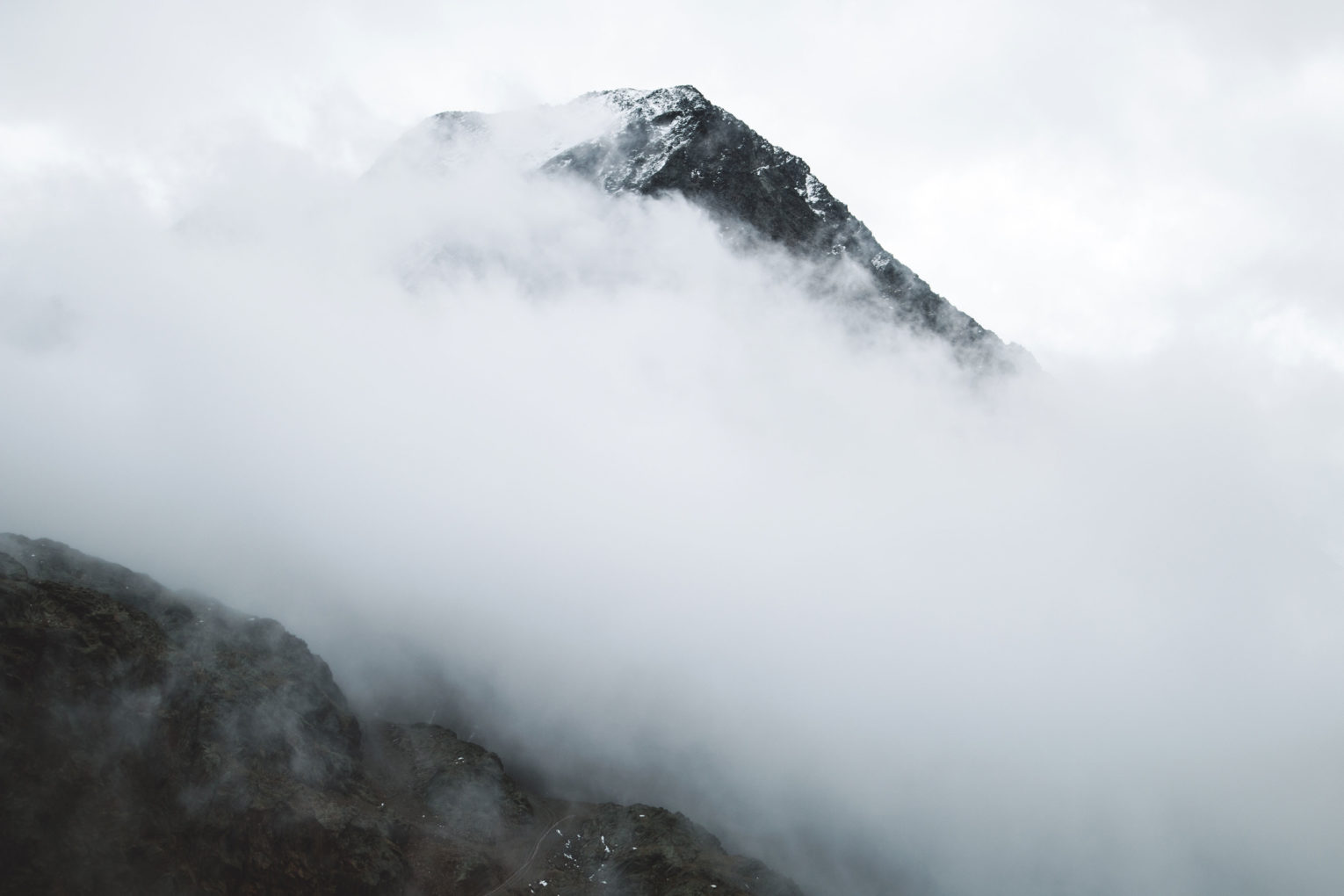 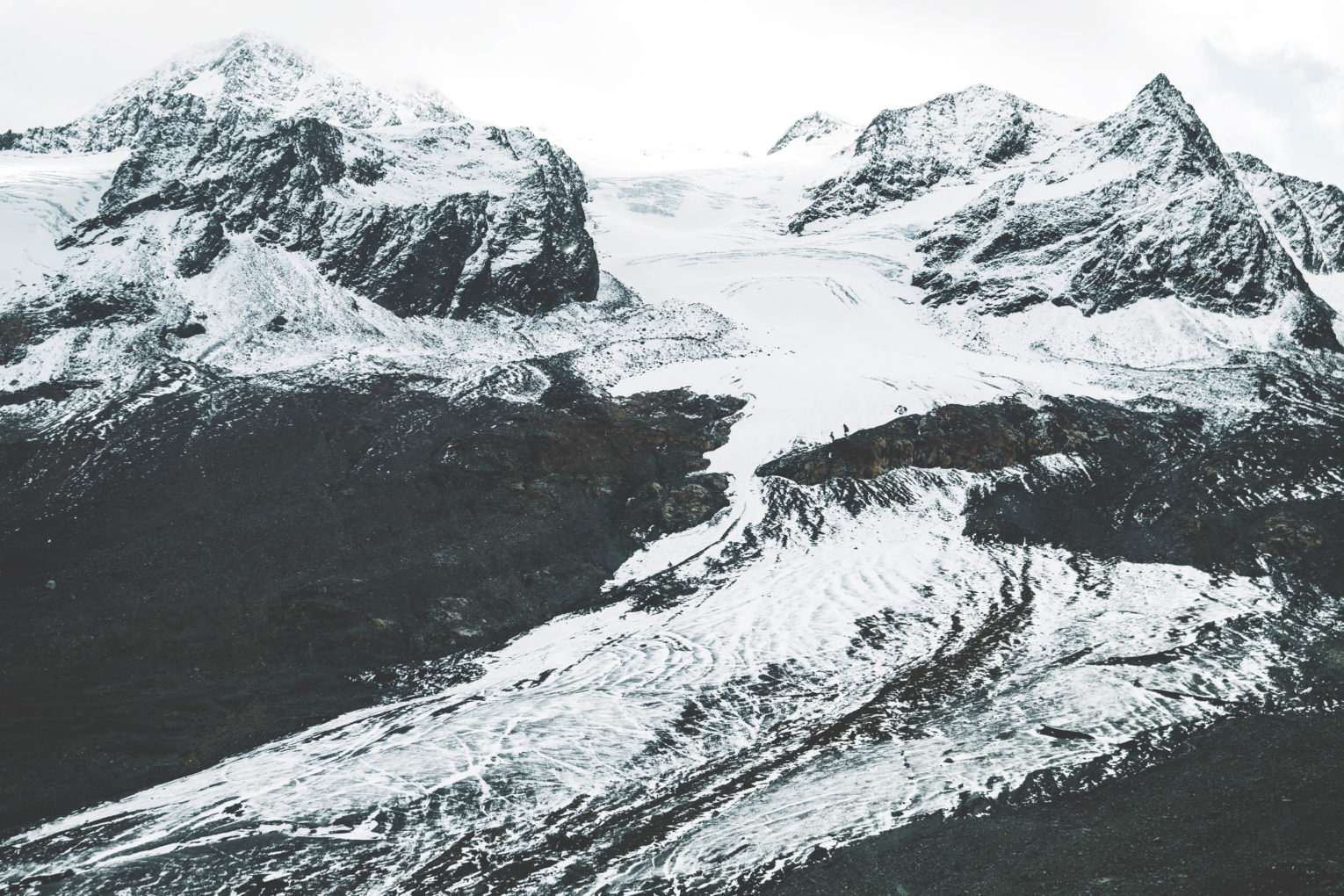 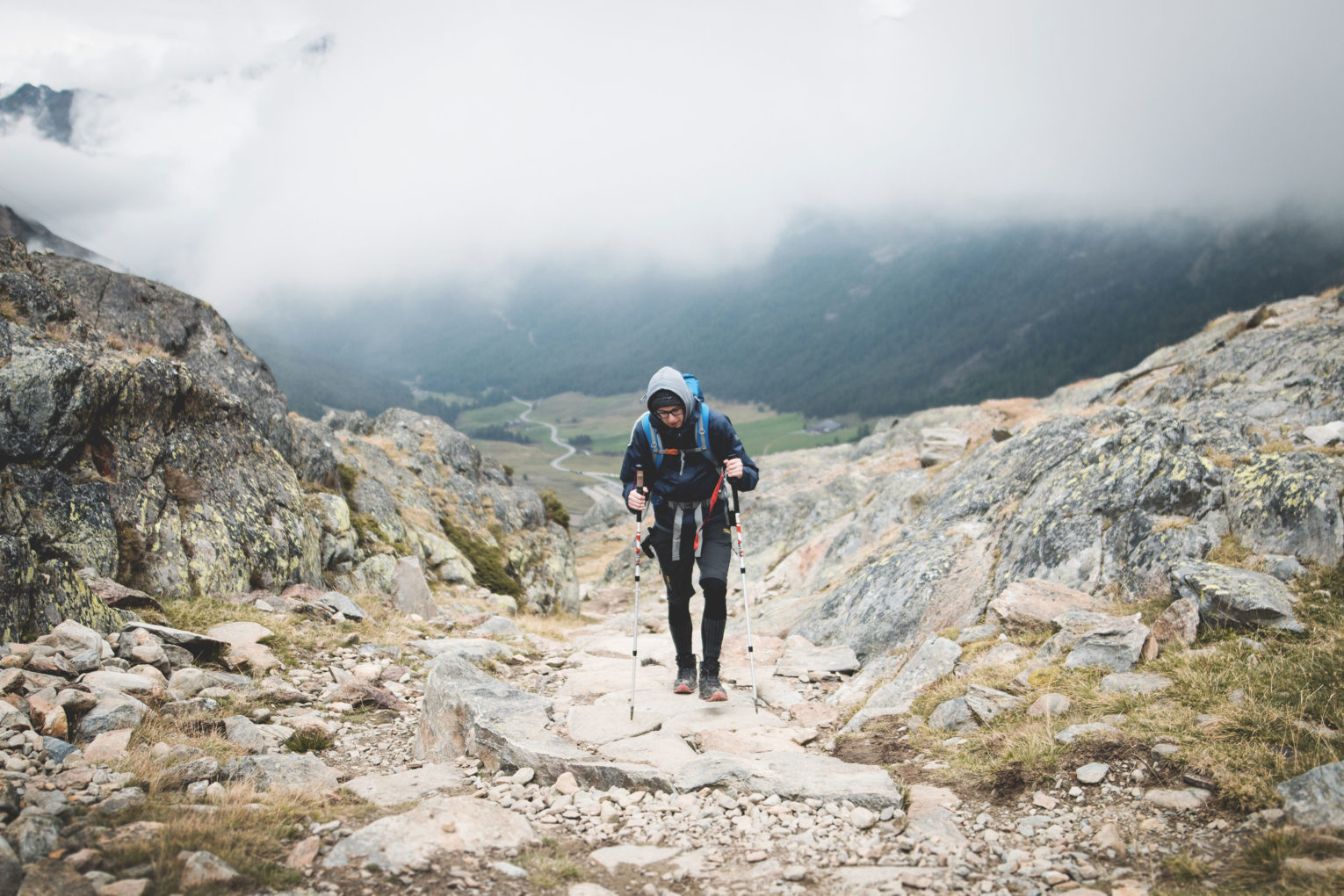 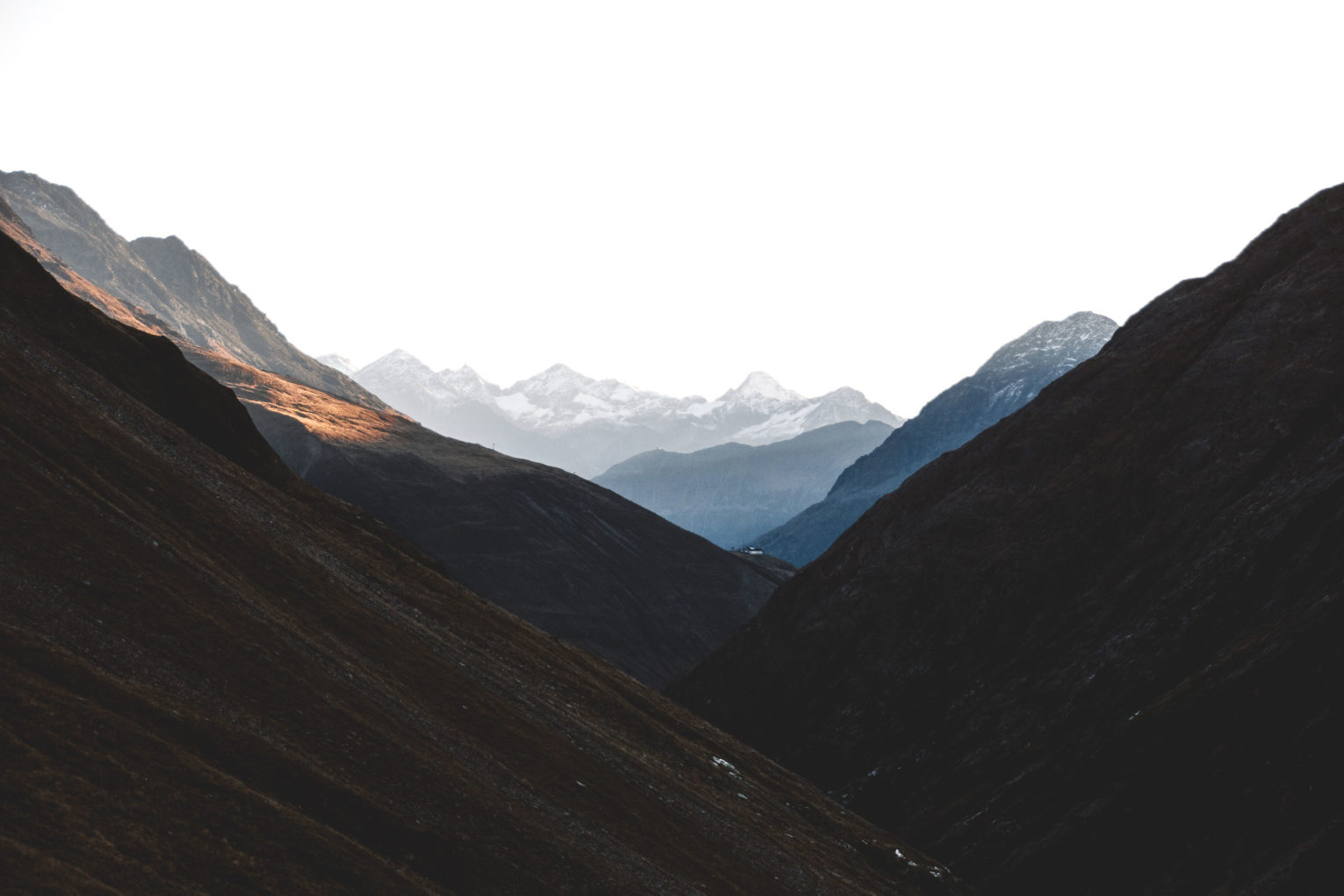 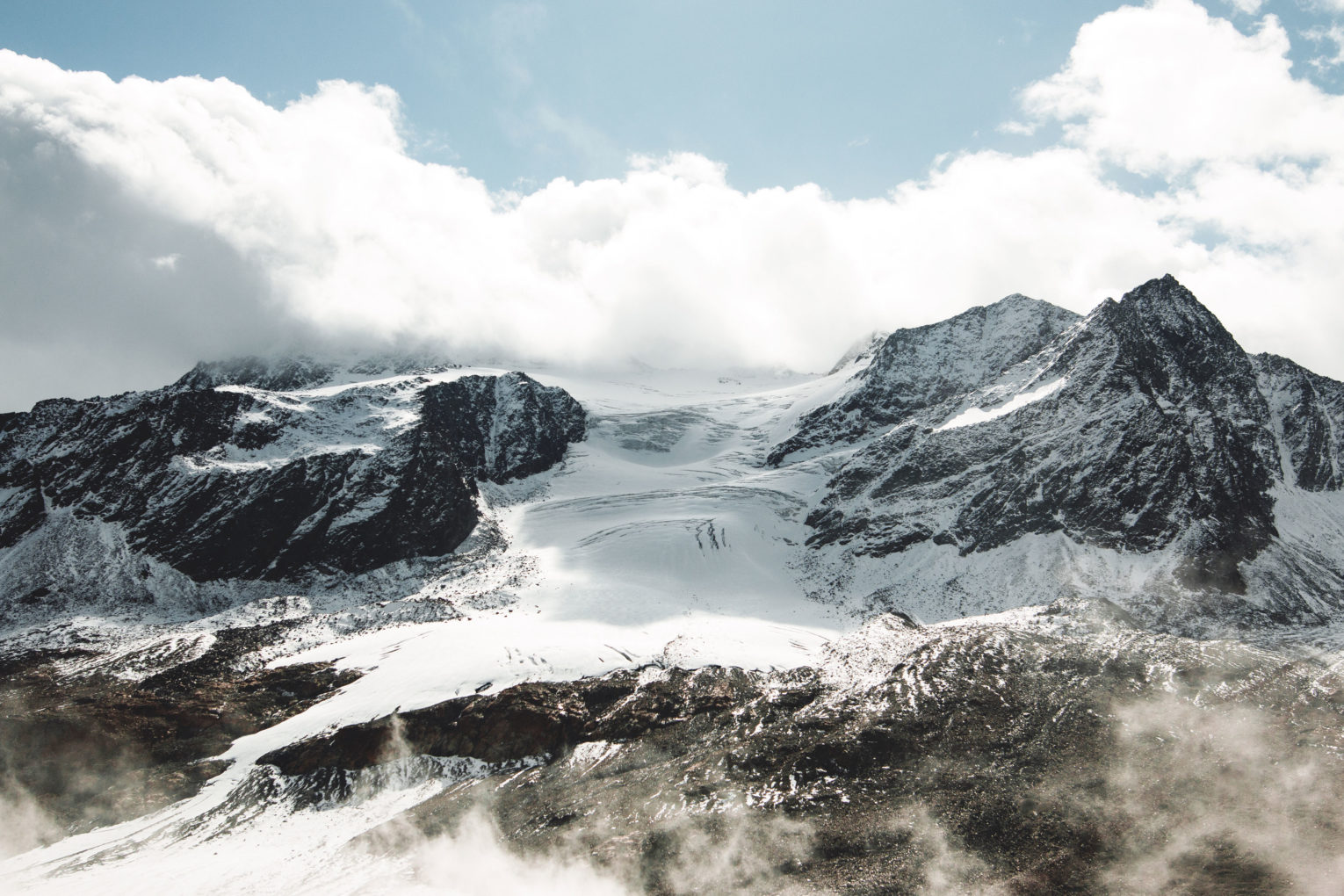 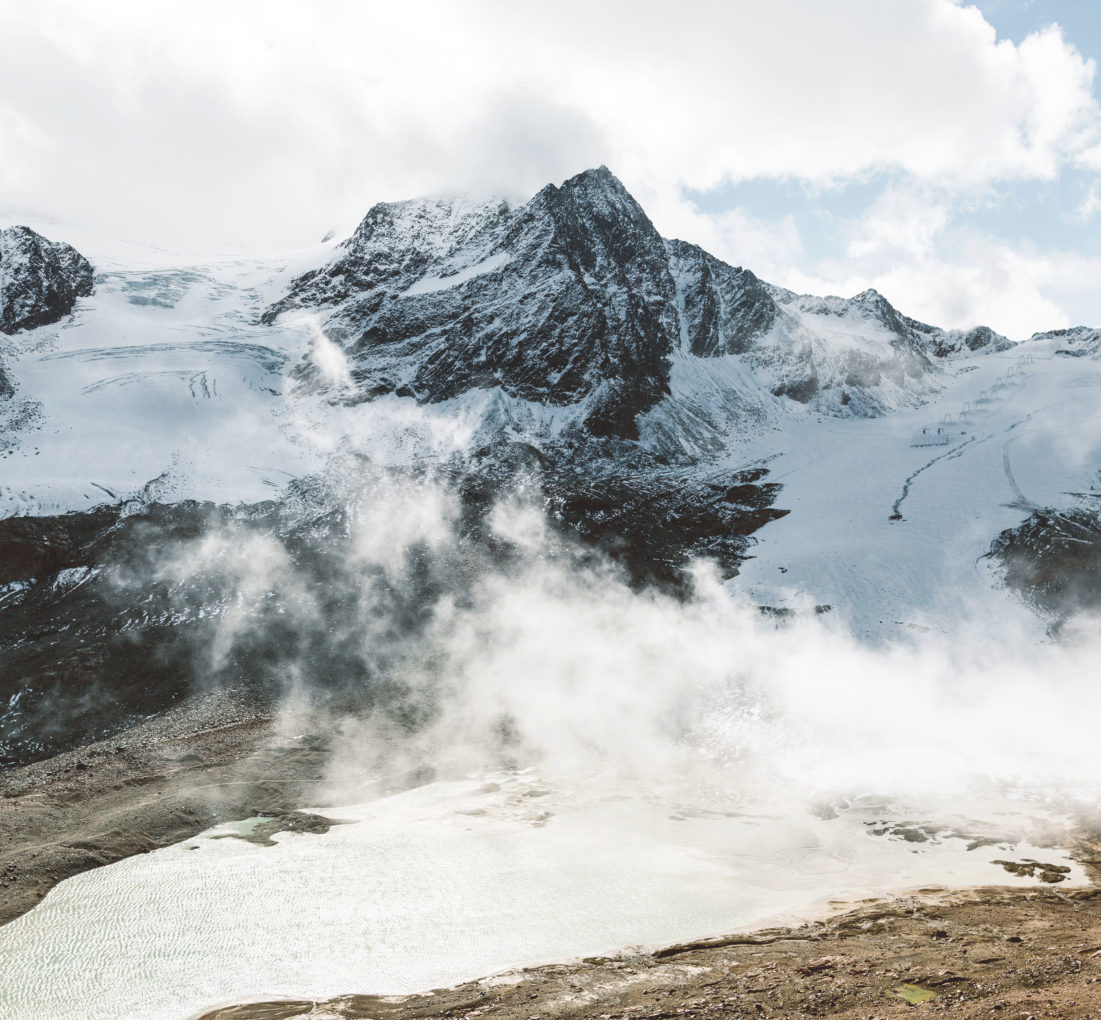 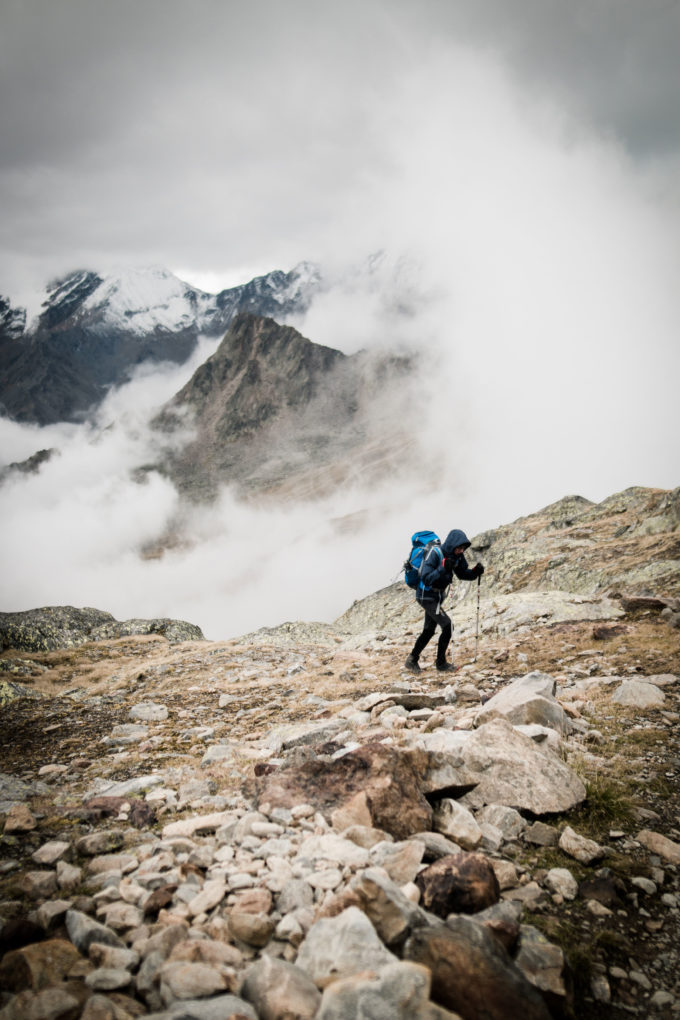 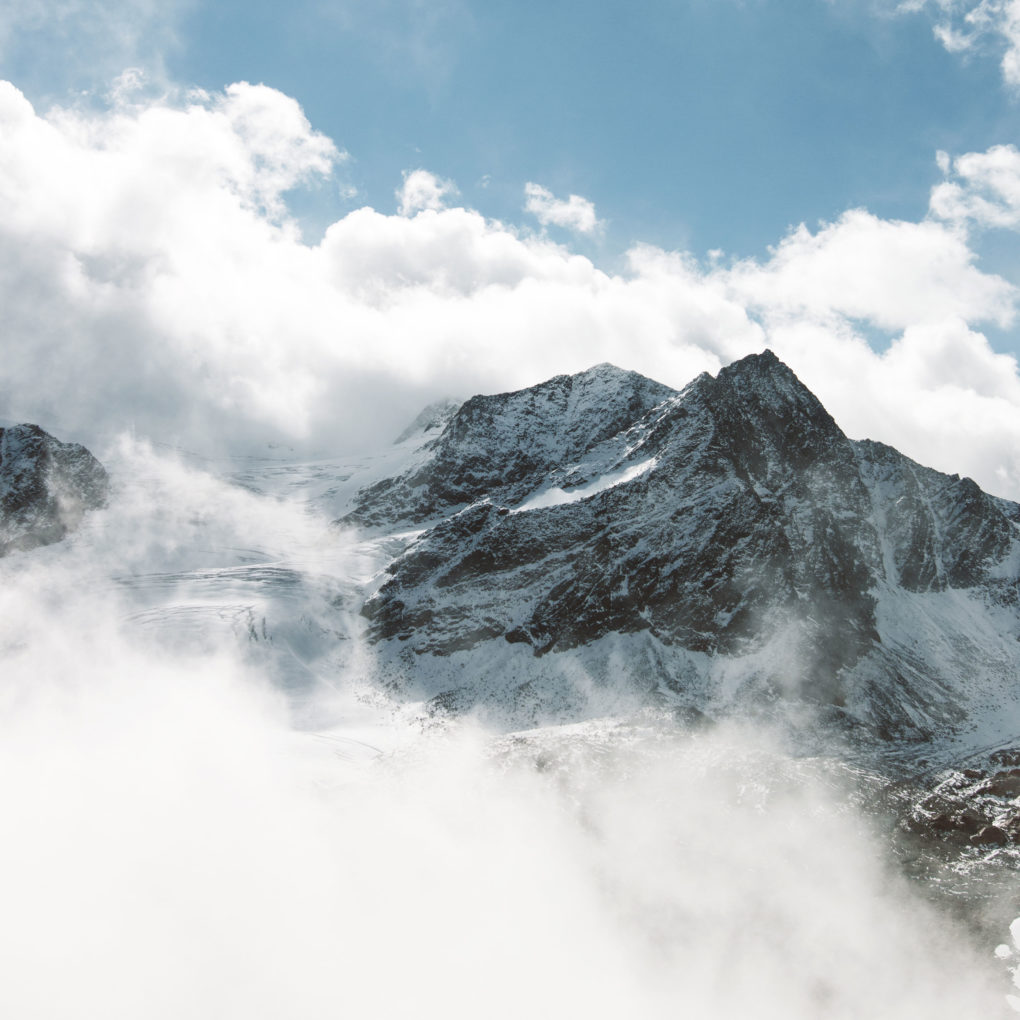