Beauty Can Be So Close

Beauty Can Be So Close

The Southern Borders of the Sauerland

“Look at the snow-capped mountains, they’re massive!”, “Oh wow, see that waterfall tumbling down?”, “Holy moly, that lake’s got the most insane colours!” – yup, that’s totally me driving through New Zealand. Those of you who have seen my photos can probably tell that Aotearoa has stolen a huge part of my heart. And for a long time I couldn’t believe that I might find something similar in my own neck of the woods – how very much mistaken I was.

When I speak of “my neck of the woods” I don’t mean the whole lot of Germany – of course there are the Alps down South in Bavaria and they are insane. No, I solely speak of Westphalia, the western region where I’ve grown up and live. There’s no mountains, no crystal clear lakes, no thundering waterfalls, so it sometimes happens that you’d hear me say things like “I totally live in the wrong part of Germany.” But from now on I’m going to watch my tongue, because I recently found out that it is not too bad around here. 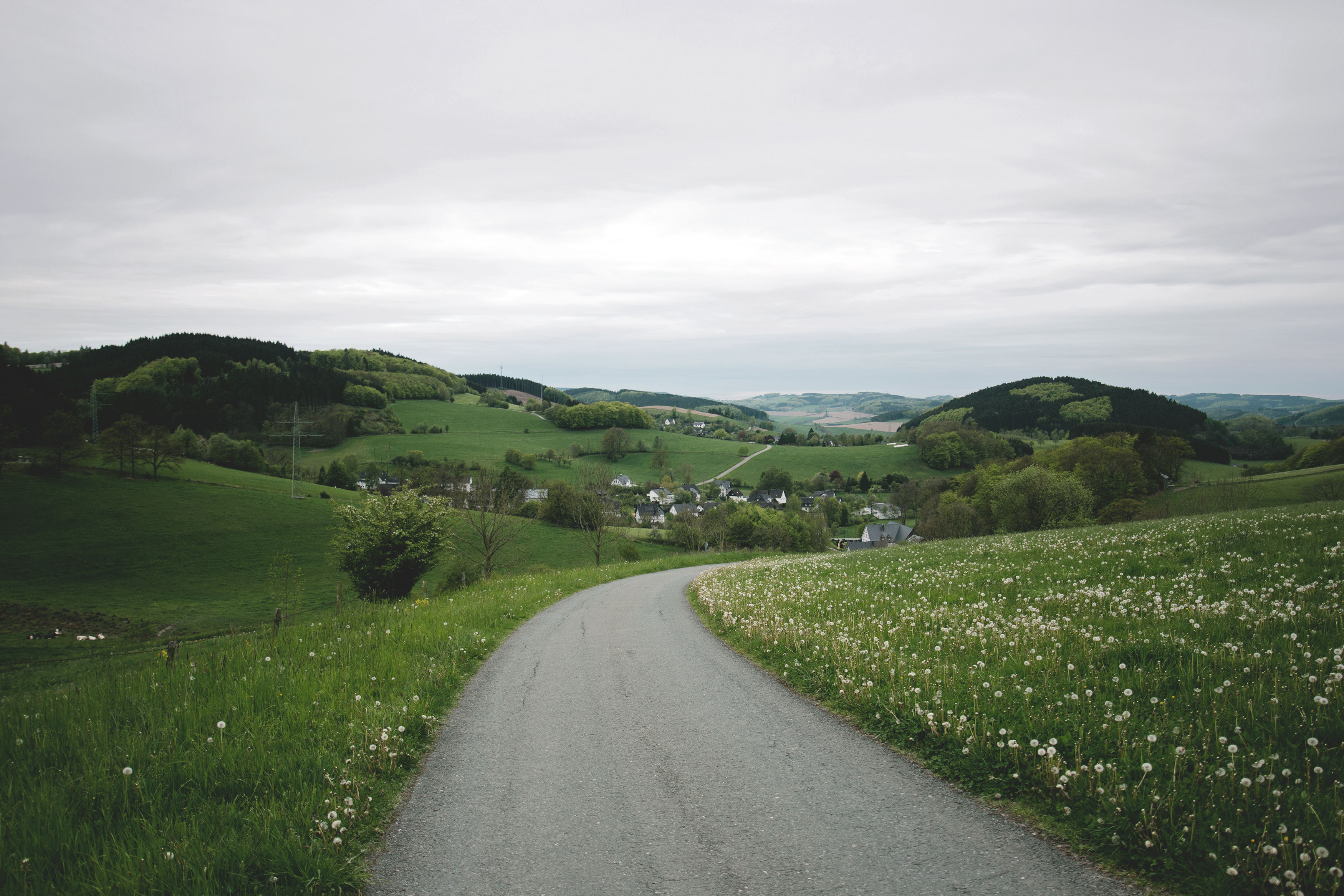 One Monday night I decided that the next day I would get up super early to watch the sunrise and go hiking. The best place to do that, apart from the Teutoburg Forest, is an area called the Sauerland, spreading across the south-eastern parts of the region where I live, North-Rhine-Westphalia. It’s specked with hills, forests, quaint little villages and a few lakes making it a lovely and idyllic escape from, well town-life.

I flicked through a little booklet, looked at some photos and quickly decided on a location I wanted to go as it seemed like a gorgeous place to watch the sun rise over the green hills. Once the alarm was set (4a.m.) I drifted into sleep. A short four hours later I woke up completely puzzled to my alarm going off. Ideas about going back to sleep were quickly put aside as excitement rushed through me at the thought of what I was about to do. So I changed into some clothes, grabbed my backpack and off I went.

It was still dark outside and for the better part of an hour I couldn’t make out much. But soon the darkness faded and forests and hills came into view. I could tell that I wouldn’t get the sunrise I had hoped for but I really didn’t care because that day it was enough to just be outside and gain a whole new appreciation for this little part of Germany, welcoming me with the lush green colours of Spring. There was one moment when I was driving along a narrow, winding road, and I remember it clearly as I had never felt this way before about anything that was close to my hometown, a moment where I just gaped at the landscape because I was so amazed by it. I also had to remind myself to keep my eyes on the road. 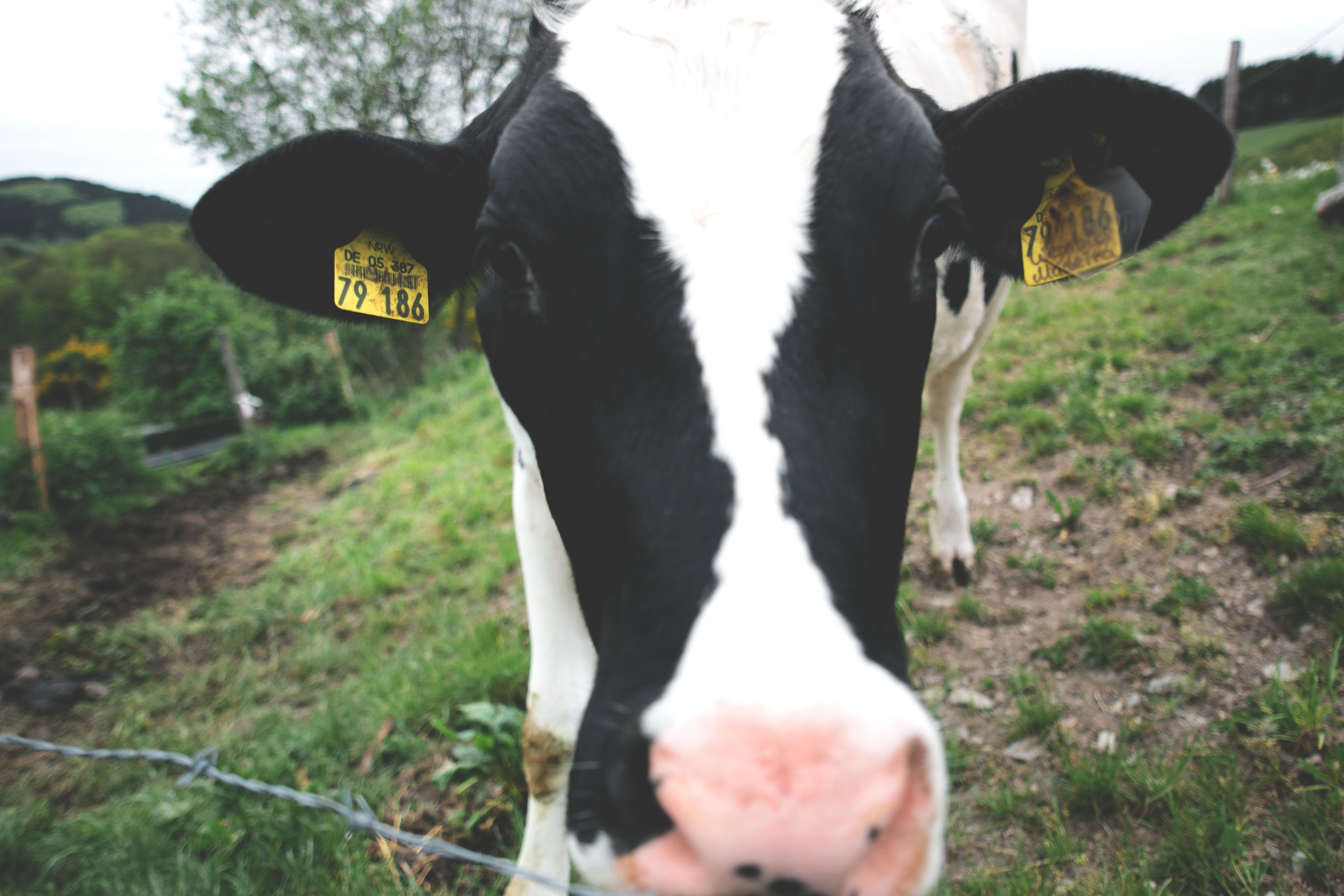 90 minutes later I got to my destination, Altenilpe, one of those teeny tiny towns you totally wouldn’t realise passing through if you only did so much as close your eyes for a millisecond. Just out of town I found a little, gravelled parking lot right off the main road, parked my car and got out. The morning air was fresh and smelled like trees and meadows and all my weariness was gone in an instant. I checked the trail sign to suss out which way I wanted to go, spontaneously decided and started walking.

The whole time I didn’t meet another soul – fair enough as it was just the crack of dawn. I walked through two silent villages, up and down country roads until I started climbing a little hill where I was greeted by some friendly cows. From my vantage point I looked over vast meadows dotted with fluffy, white dandelions, past the village down in a shallow vale, surrounded by hills partly covered in trees and beyond that I could make out the distant, hazy outlines of the Rothaar Mountains. It sure was one of the most idyllic mornings I’d had in a while – the birds were chirping, the cows mooing and down in the village the church bells rang.

All that has got me hooked and I can’t wait to go and explore other parts of the Sauerland. Why travel halfway across the world all the time when something so beautiful is so close? Here’s to more adventuring in the homeland! 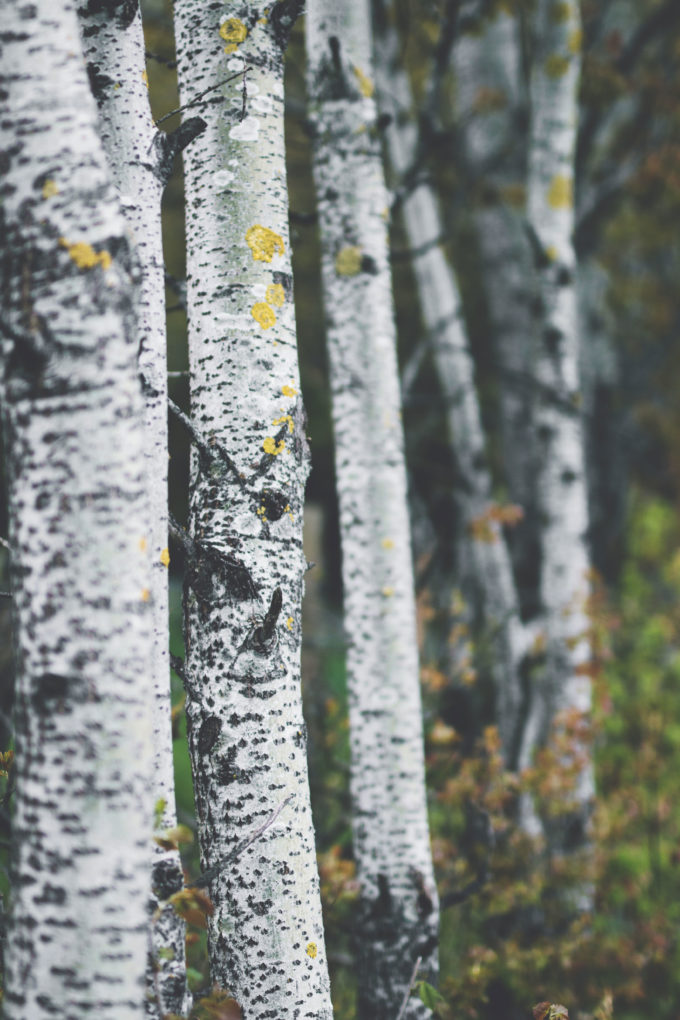 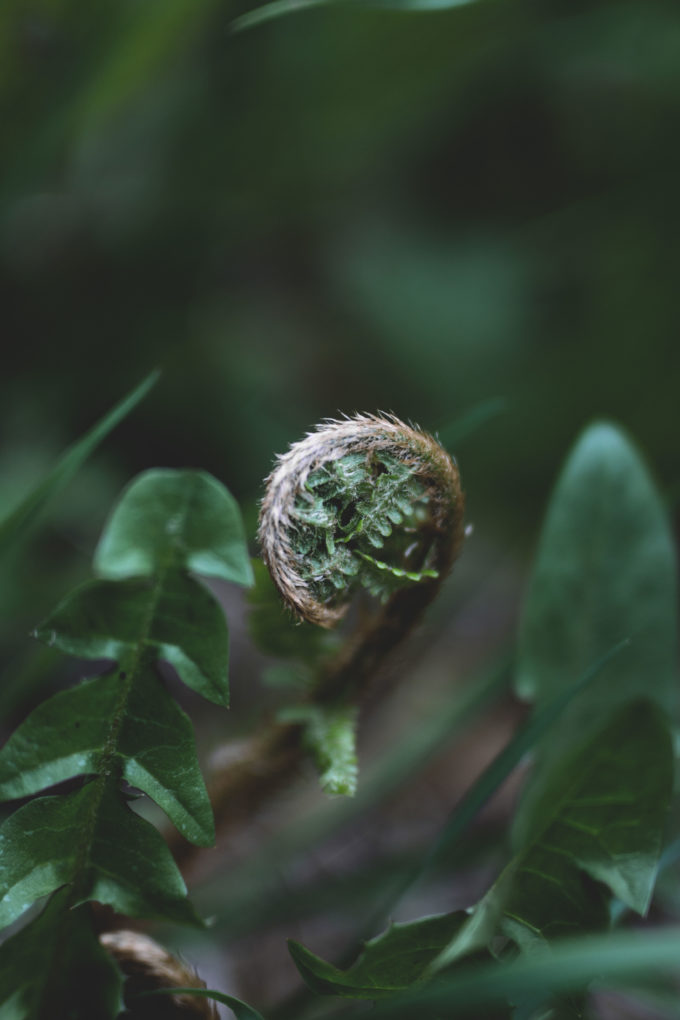 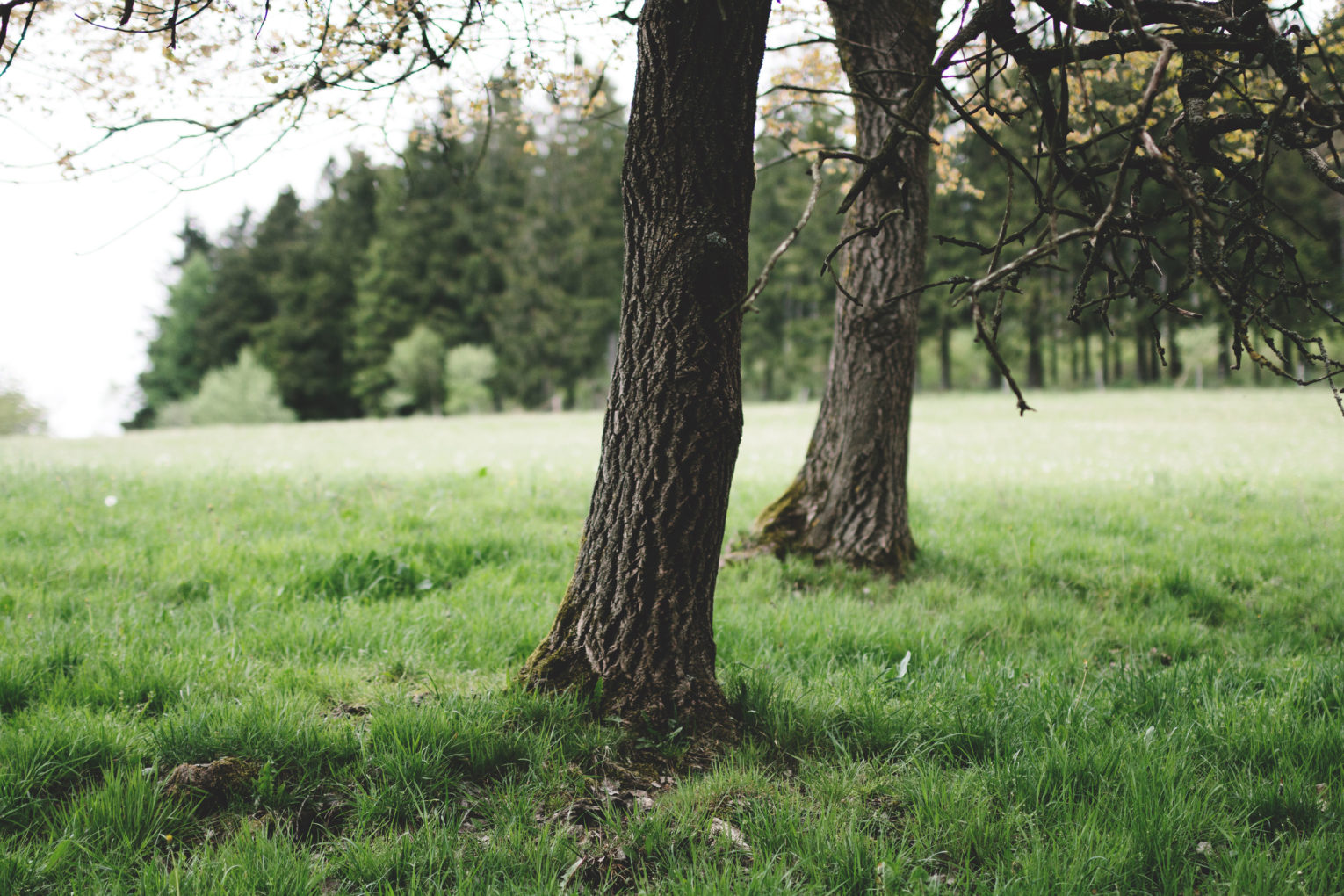 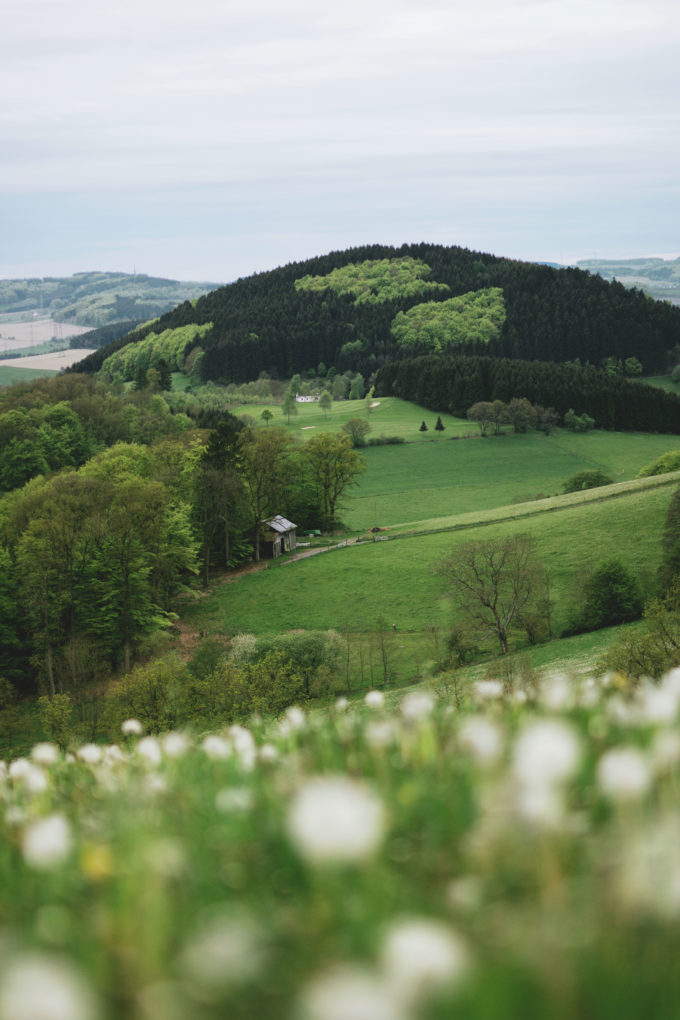 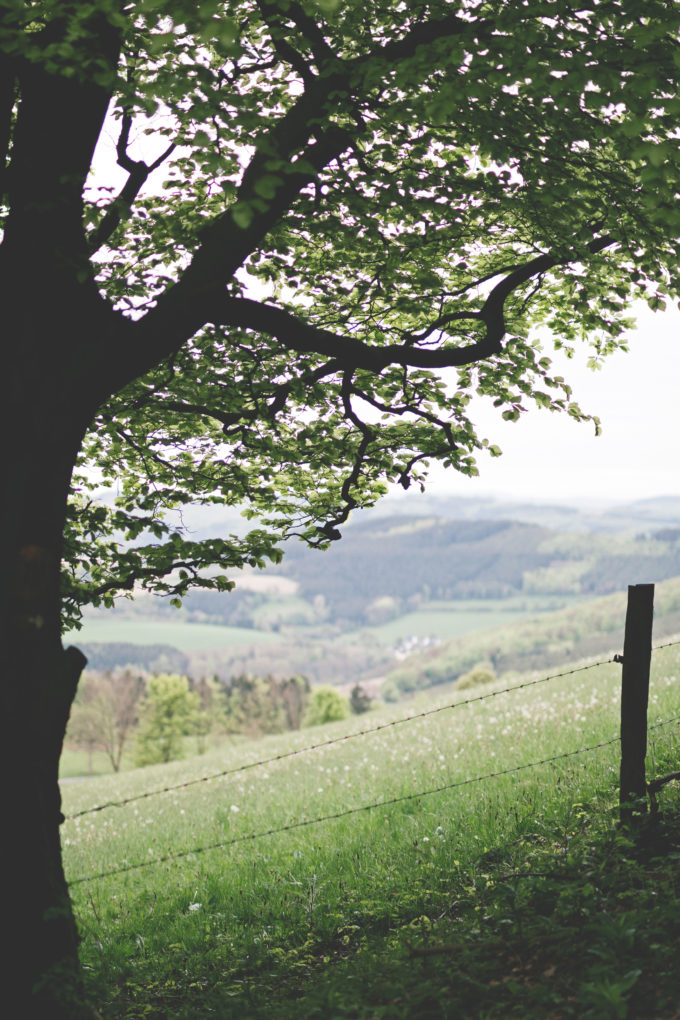 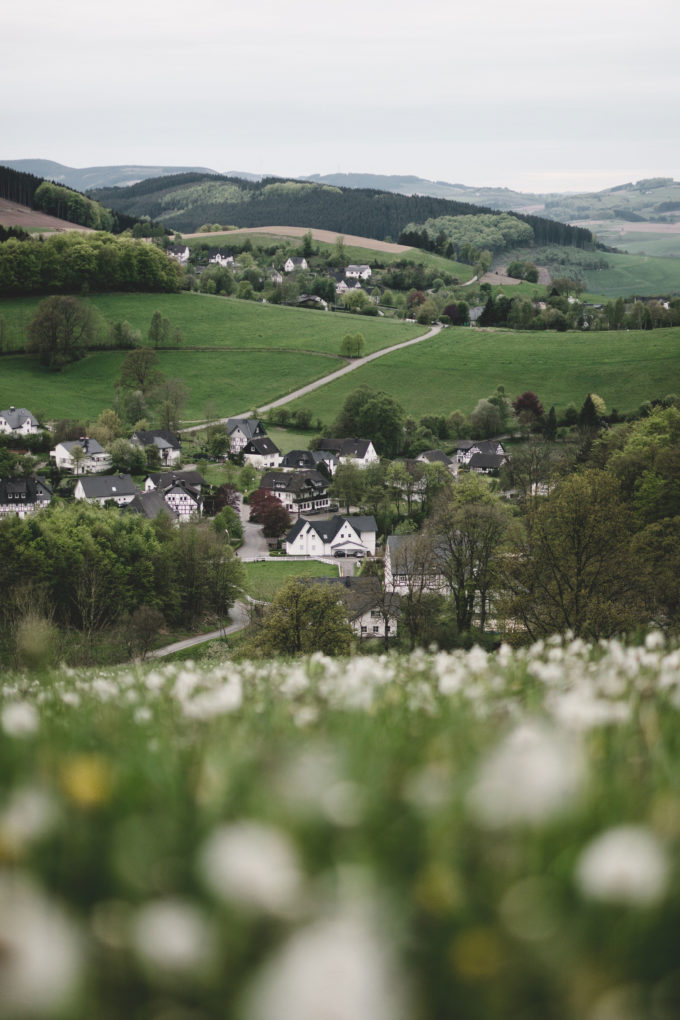