How A 50mm Prime Lens Literally Broadens Your Horizon

How A 50mm Prime Lens Literally Broadens Your Horizon

Back in 2016 when I visited New Zealand for the third time a photographer’s worst nightmare came true: my camera broke. Now I could tell you all about how I was desperately standing in the dim light of dusk, weeping bitterly, surrounded by the most wonderful landscapes that I could no longer capture with my camera. But then we would all start frowning dolefully and I’d much rather have you sit in front of your screen with a smiley face.

„How could the end be happy?“ you might be asking yourselves now. Well, there are some awesome life savers out there and a kiwi named Glenn is one of them. After describing my dire situation on social media I got a message from Auckland: „There’s a full-frame camera lying around in my apartment and I don’t really need it at the moment. If you want to I will send it down South!“ Faith in humanity restored! 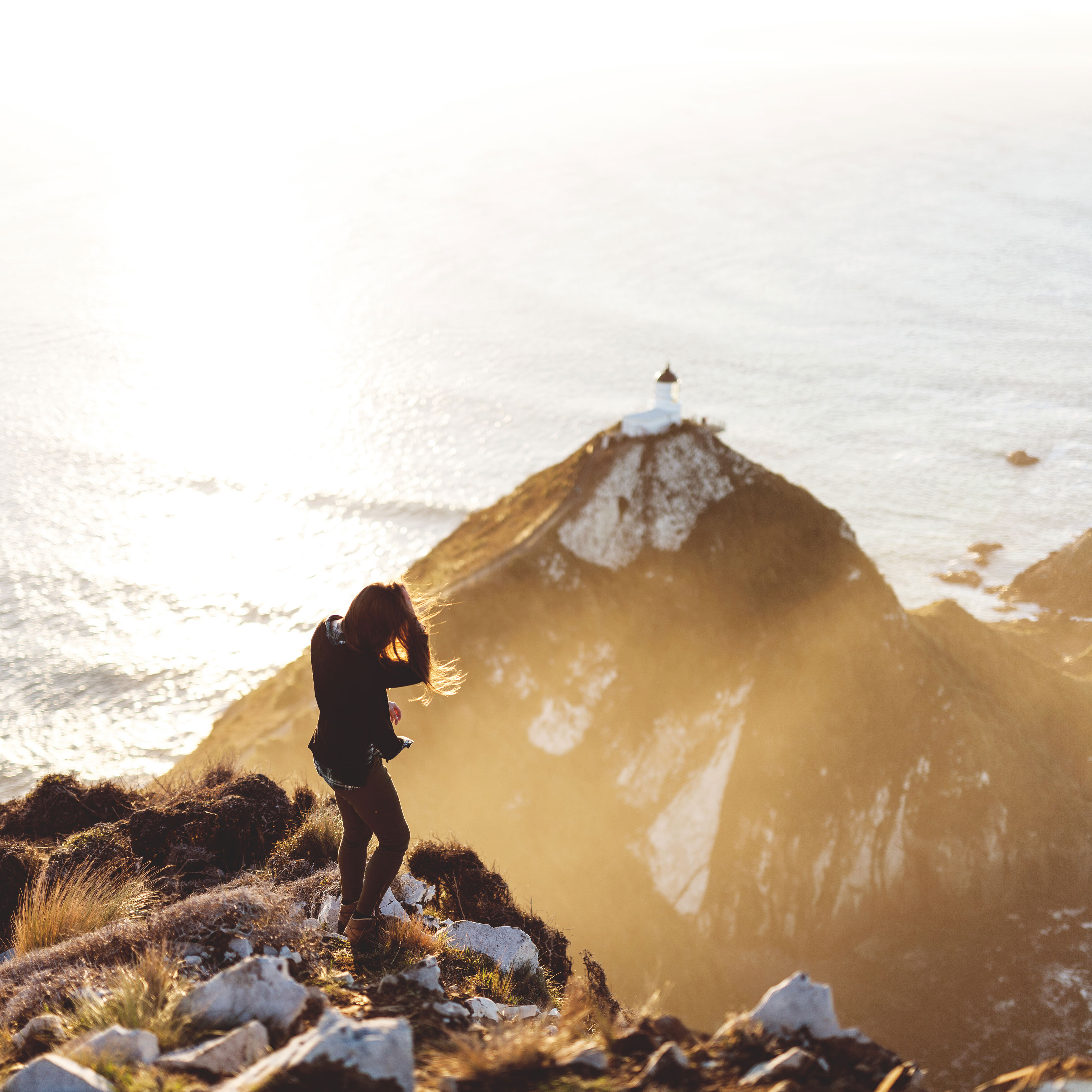 I had mapped out one last month of adventures in New Zealand and now I was able to spend the remaining time with a top-notch camera – joined by the only one of my lenses that would fit: my Sigma 50mm F1,4 DG HSM Art. Without question my most beloved lens back then and even now, because the quality is just insane.

The biggest perk of that lens is definitely the aperture of F1.4. That way I’m able to cope with every light situation weather throws at me and it creates the nicest bokehs. Nevertheless I’d always choose a wide-angle lens over a 50mm prime lens when it comes to landscape photography. But that’s the challenge!

In this blog entry I want to show you that there are ways to take photos of mountains, lakes and all of natures breathtaking artwork with one. single. prime lens. 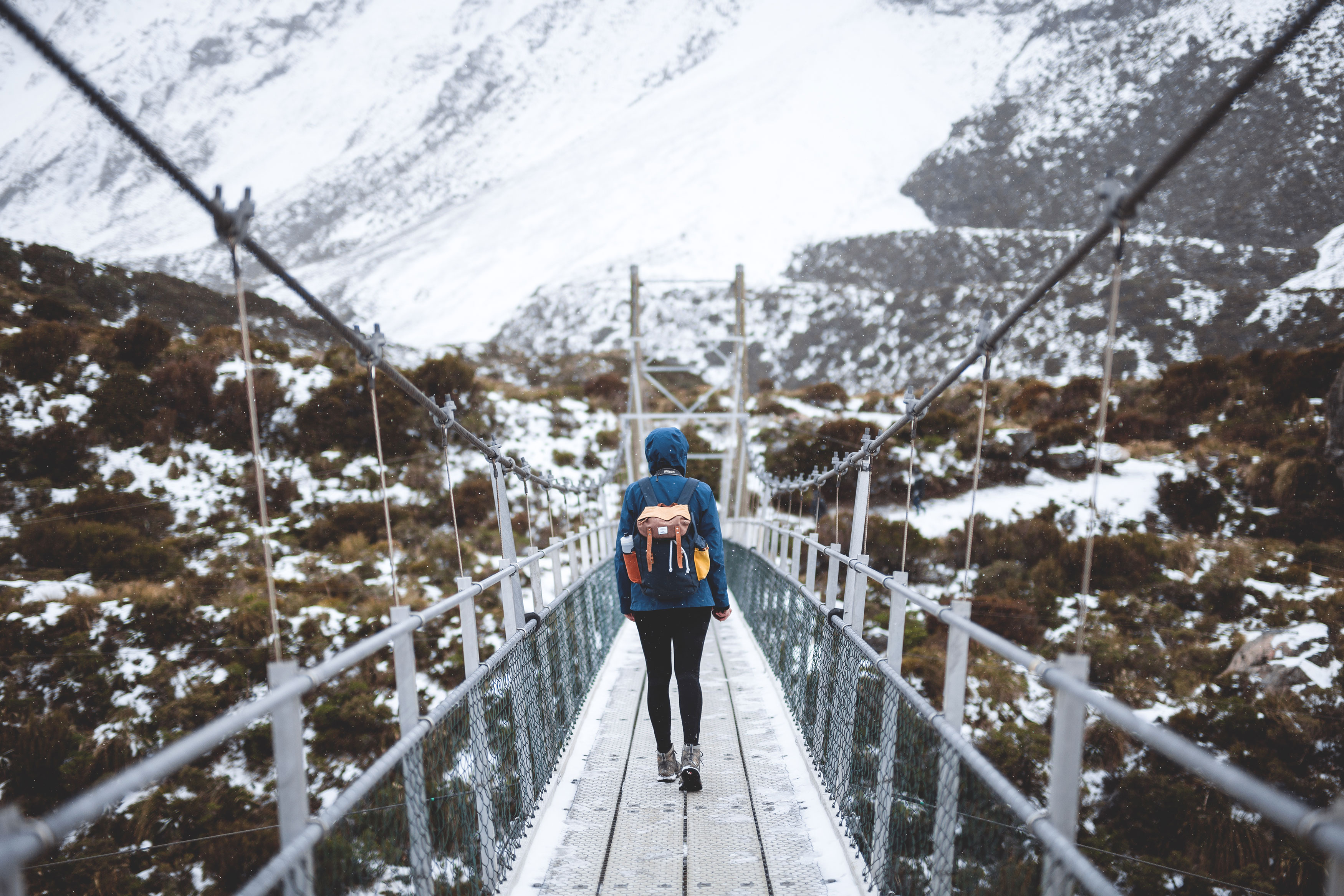 The agile and sporty people among you will be glad to hear that it requires a lot of moving around! Why is that? With a focal length of 50mm you are pretty close to whatever you want to take photos of already. Even when using a full-frame camera. So if your model is too close to the lens you have to jump backwards a bit. Is the scene in front of you not yet fitting your imagination? Keep on walking. Maybe the perspective from a few meters to the right looks way better. That is something we can of course apply to all kinds of lenses, but if you’re limited to one focal length it’s more important than ever to scan loads of different points of view.

What is also good to remember is not to despair if the mountain ranges in front of you don’t fit into the frame yet again. But instead of burying your head in the sand, create a panorama! That might take a bit longer and sometimes it takes more than one go until it’s perfect but in the end you will have a pretty epic wide angle photo.

When talking about panoramas I don’t necessarily mean those super lengthy pictures. They too can have their charm but I usually just want to create a photo at the classic ratio of 2:3 or 2:2 (something you don’t have to do right straight away when taking the panorama as you can easily cut it out later in post-processing). 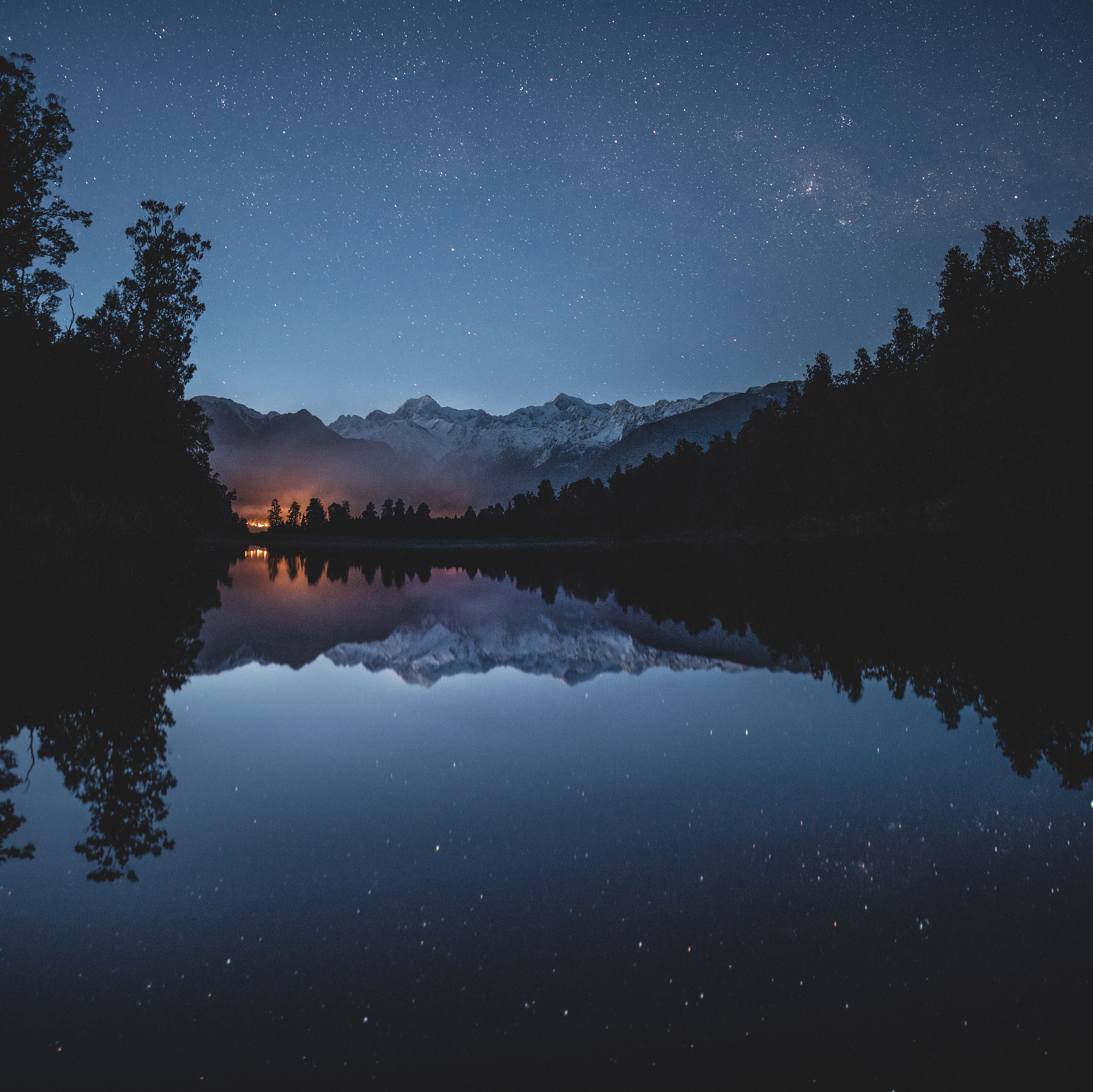 During the shooting of a panorama you have to make sure that the individual photos overlap! It’s crucial because that way it will be no big deal for the editing software to know where to stich the photos together. It doesn’t matter whether you shoot in portrait (vertical) or landscape (horizontal) mode – whatever tickles your fancy, really. Just think of how you want the result to look like and then just go for it! But don’t forget to set your camera’s focus on manual before you start releasing the shutter, otherwise the camera will find itself new things to focus on with every single picture you take. Think of what you want to draw your viewers attention to. Is it the tree in the middle of a meadow? Or maybe a person standing in front of a hill? Then focus on that tree or that person beforehand and you’re good to go!

The next picture of Nugget Point on the East Coast of New Zealand for example is made out of nine individual photos, stitched with Photoshop (now we’re talking broadening horizons). I focused on the lighthouse and because the aperture was fully open you get that beautiful bokeh-y look of the rocks and grass in the foreground. 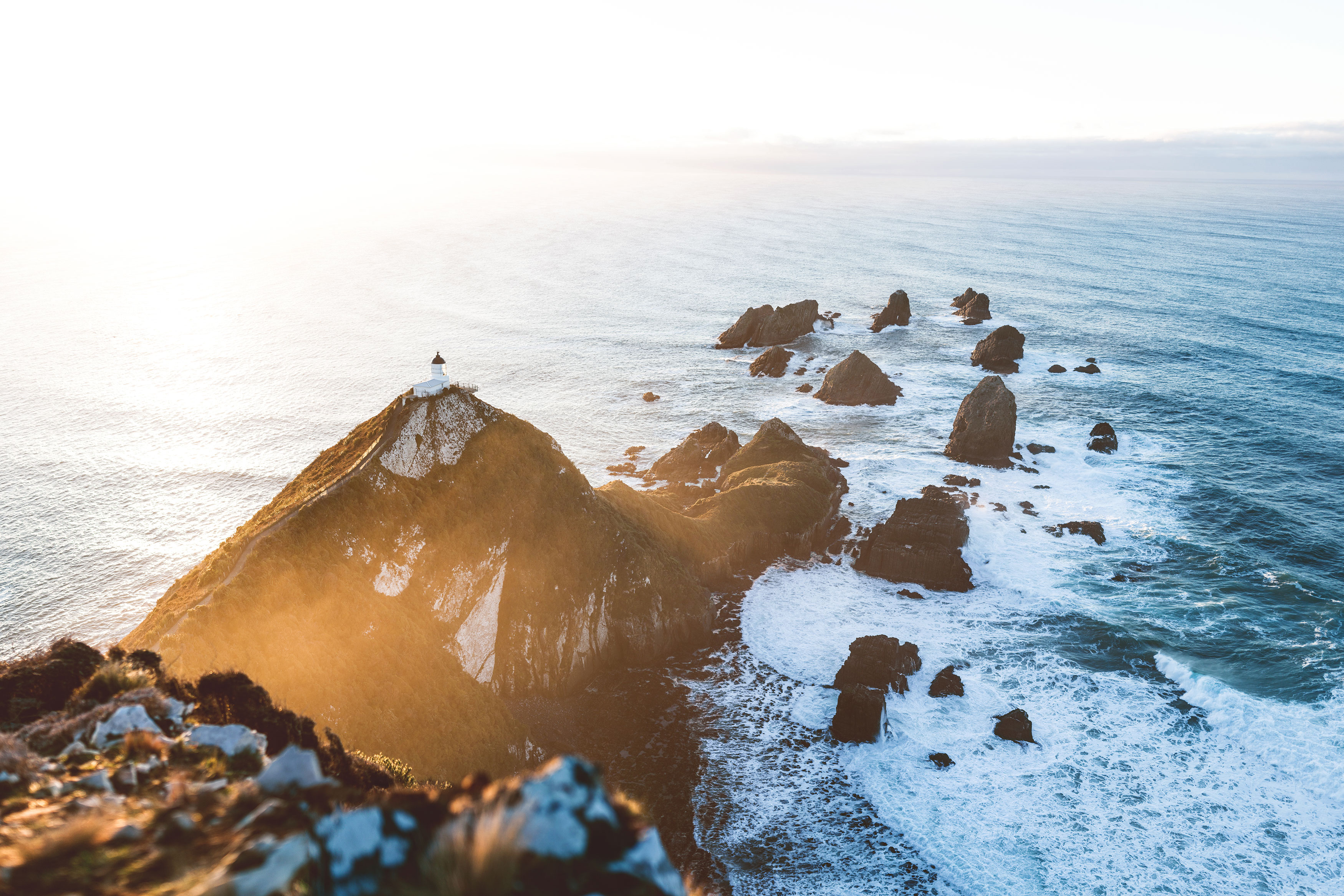 Well, that’s the wide angle section covered, even if you have to make a bit of an effort to achieve it.

When travelling it’s not just landscapes that pop up in front of your eyes though, and sometimes you’re lucky to spot some wildlife. Now if you wanted to take a photo of an elusive deer or the owl sitting five meters up high in a tree you might encounter some difficulties with a 50mm lens. That specific focal length might be too close for that massive mountain in front of you but to take photos of smaller subjects that are a few yards away it’s still not close enough. However for a patient animal that won’t skedaddle at your very first movement the 50mm will work just fine. 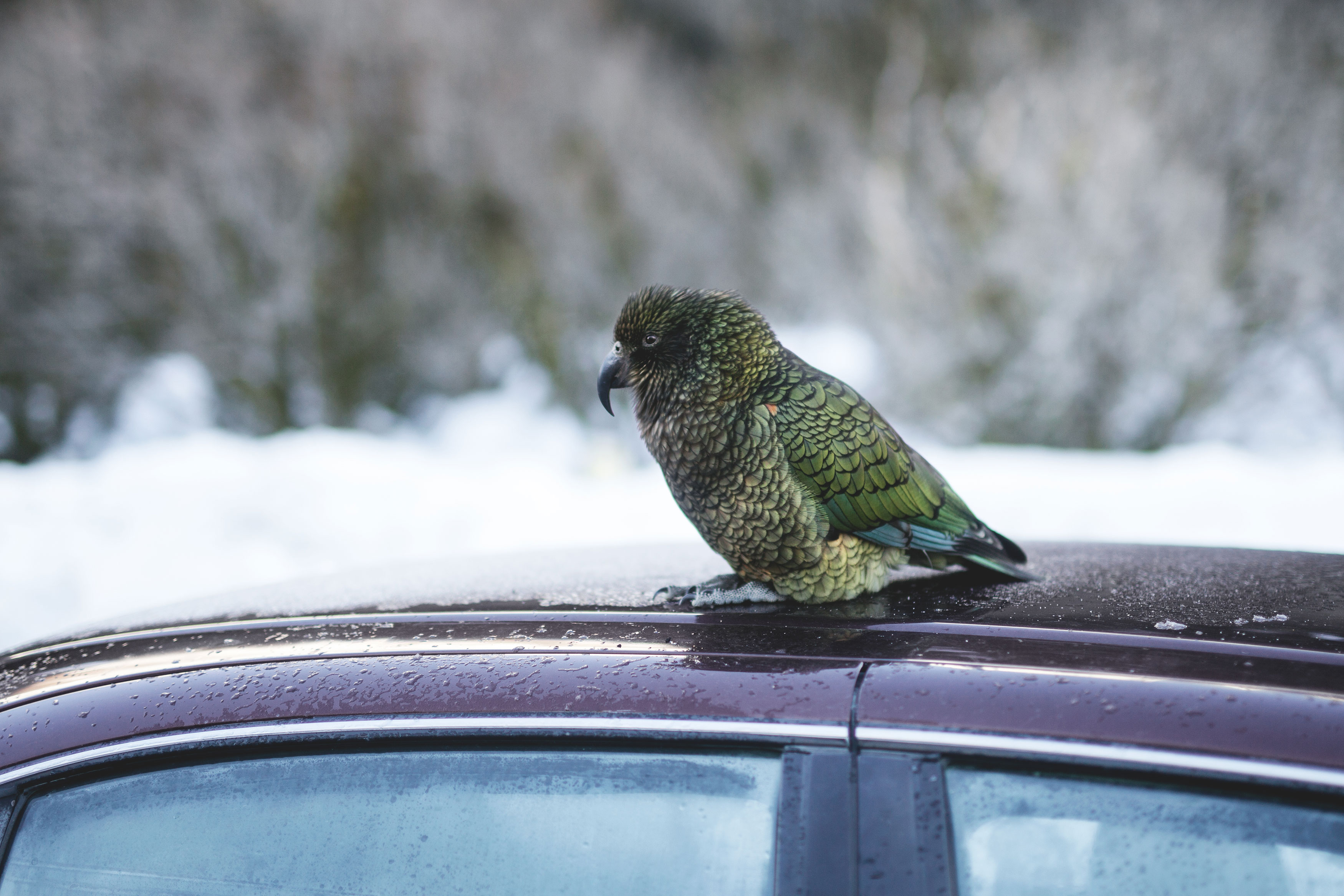 Like the Kea, New Zealand’s alpine parrot. These very intelligent and inquisitive birds won’t care too much when you’re moving a wee bit closer to them. That’s how I managed to take this photo of a Kea sitting on top of my car’s roof. But be warned, they have quite a destructive demeanor so you better take care of your belongings. It might be fun to watch at first but it won’t be anymore when they start ripping your windscreen wipers off. Still, they are among my favourite winged friends out there.

However the unbeaten supreme discipline of the 50mm F1.4 Art are portraits! The depth produced by the lens is simply wonderful and creates the most amazing moods. Plus instead of trees and rocks you can make your model run around, left to right until it all fits and you can release the shutter. 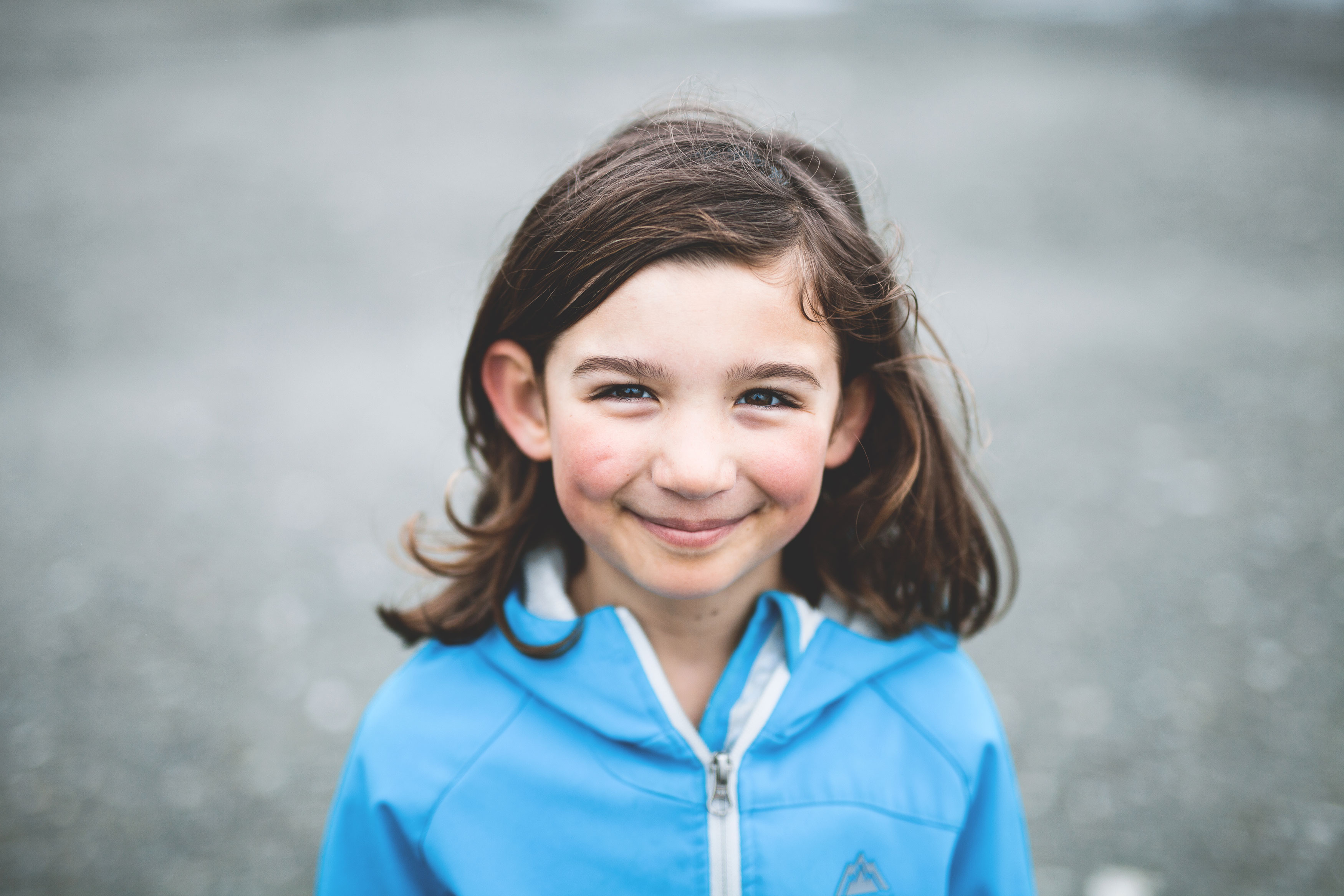 In the end the combination of a full-frame camera and my prime lens was a perfect fit – a makeshift solution had eventually turned into an effective allrounder.

I hope this blog entry was able to show you that you don’t need a million different lenses to cover all kinds of photography. Sometimes you just have to be creative and work with what you have!

(And you have to have some amazing friends – thank you, Glenn!)